Every year, Revolver Magazine and Epiphone, the groundbreaking instrument design and manufacturing company join forces to honor many Heavy Metal industry greats.  The 2016 Epiphone Revolver Music Awards event was held at Webster Hall in New York City, for the first time.  The move made perfect sense given that Revolver is based here and that Manhattan is and has been home to many of the music greats. 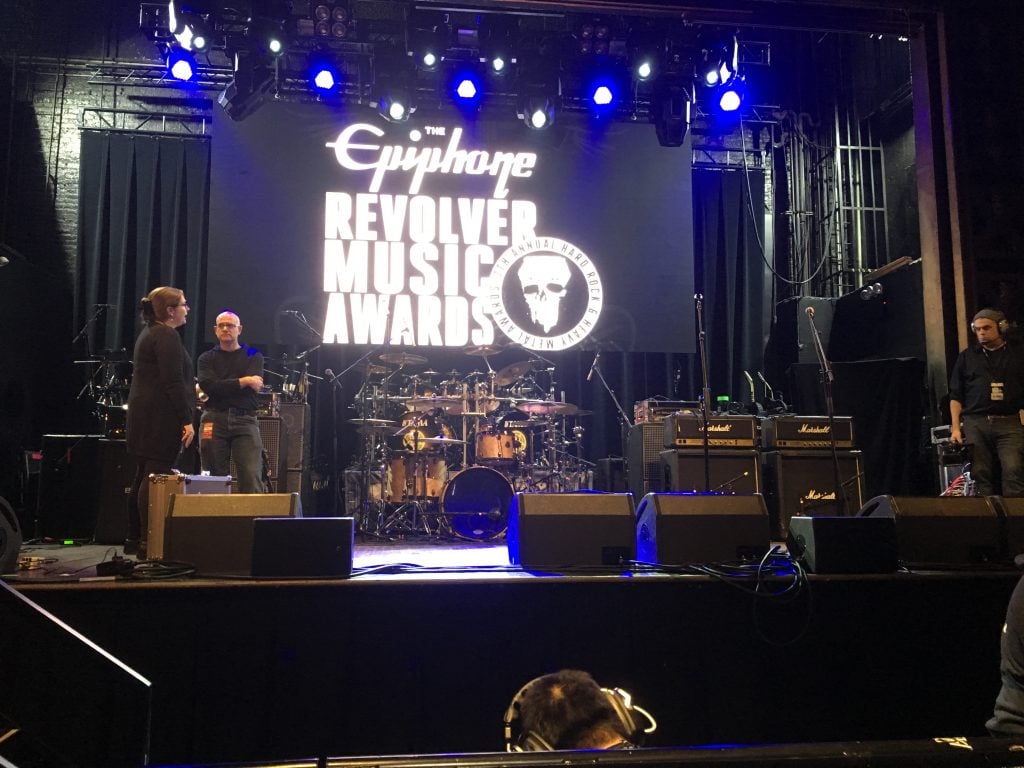 The American Movie Company provided WebCasting services for the show. It was hosted by Megadeth frontman Dave Mustaine and by Jose Mangin, of SiriusXM’s Liquid Metal station.  The show’s lineup featured headliners Megadeth and Anthrax, and included Zakk Wylde, Stitched Up Heart, and Lacuna Coil, among others. In addition to those who performed, many artists presented awards.  One notable presenter was Norman Reedus, who stars in “The Walking Dead” and is a self-proclaimed Metal Head.  Reedus presented the Revolver Innovator Award to Frank Bello, the bassist for Anthrax.

I was also on location as a production assistant. Lou and I were stationed in the pit directly in front of the stage.  We had our work cut out for us, dodging stagehands, crowd surfers, award presenters and recipients, and a massive amount of smiley face balloons.  The crowd didn’t appear to notice or think it strange or, for that matter, be bothered by a guy trailing 16 feet of loose cable with giant balloons underfoot. Gleefully they kept swatting them into the pit.  Fortunately, Lou and I managed to avoid injuring ourselves! 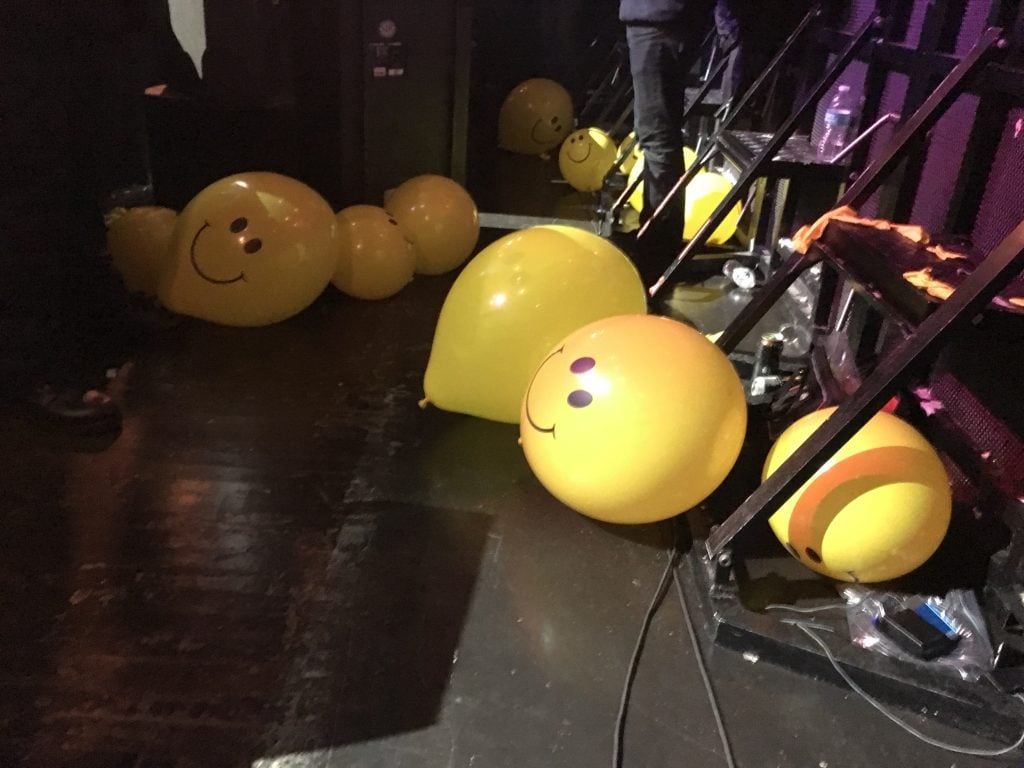 In spite of the (literal) obstacles we encountered, AMC was able to capture great footage of the award presentations and the performing groups.  We also had the pleasure of watching incredible artists perform.  All in all, it was a rockin’ gig! 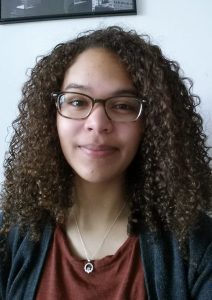 For further information about WebCasting and other services offered by the American Movie Company, please call: 917-414-5489 or email [email protected]
Webcasting NYC Homepage