A couple of weeks ago, Smalls, a Greenwich Village jazz club hosted a concert.  The club was packed.  But, this club is in New York City.  And this club can only hold so many people.  So what do the rest of the New Yorkers and the world do?  In the days of the not so distant yesteryear, the fans not at the jazz club would have been told “tough luck”.  However, now, in this glorious age of digital technology, there is something called webcasting, where someone can stream a show directly from the camera through the computer to the web.

Smalls is a club that has been streaming their shows for quite a while and has collected a very large amount of footage.  To capitalize on this, they recently announced that they would be monetizing this part of their business.  At the Lincoln Center, shows are streamed and can be viewed from 172 countries around the world.

“The streaming can be done through many methods.”

The streaming can be done through many methods.  One of the more popular methods nowadays is the TriCaster, a device by NewTek that is an editing station, switcher, etc. all in one portable box.  They simultaneously record and stream whatever is being filmed and are frequently used in clubs.

Family events are some of the most important kinds of events that can be streamed.  If someone has family all over the world, which many do, and there is an important family event that old Aunt Sally cannot make it to, Aunt Sally can watch the event if it streamed on the web by the family.  Then, she can feel as if she was apart of this important occasion without ever having to leave her living room.

The American Movie Company rents TriCasters and will soon have NewTek-certified TriCaster operators to save you from having to learn the TriCaster in order to rent it.  Renting TriCasters is far cheaper than buying one.  TriCasters can cost up to tens of thousands of dollars, which is not in most people’s price range. 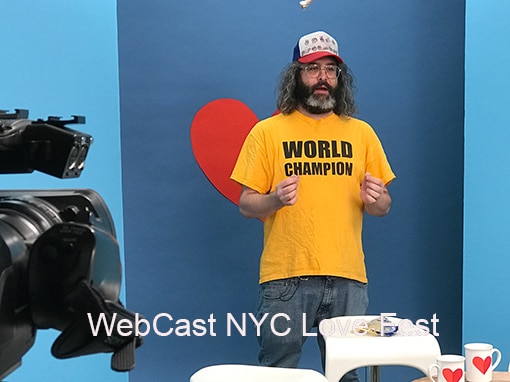