Patents for the “smart” contact lenses include some pretty cool tech such as the ability to record, store and playback images as well as autofocus.

A LOOK AT THE FUTURE

Memory is fallible. Often things aren’t quite the way we remember them.

Things in the near future may be quite different. The new contact lens recording and storage camera contacts will hold our memories for us. We can wind back our lives to see exactly the way things were. From what was her reaction when I first proposed to where did I put the car keys. You can relive forever some treasured moment – the birth of your child, or some other amazing event.

It gets even better. Imagine how it might change our justice system, with such infallible eyewitnesses.

…and now it’s about to become reality.

THE BLINK OF THE EYE

An essential component of the new smart lens tech is the fact that the camera recorder “knows” when you’re deliberately blinking, as opposed to involuntary blinks. The conscious and deliberate motions of the eye activate the different functions of the camera.

A key element is that the lenses can actually record images right to an internal storage device. This is a huge improvement over designs, such as Samsung’s, which would transmit images to an external device like a smart phone.

The smart contact lenses feature a suite of sophisticated tech. They use piezoelectric sensors, which convert mechanical energy such as pressure, force, etc. into electrical energy; eye movements, therefore, they can be read by the internal sensors to activate the camera & recording.

Power to the lens will be supplied by electromagnetic induction, in which a slight electrical current is produced by moving a conductor through a magnetic field.

According to Forbes: “Google GOOGLE is developing their smart contact lens, with pharmaceutical giant Novartis , to help patients manage diabetes.”

As medicine advances further into high tech treatment with remote consultations, monitoring and operations, robotic treatments, and advanced digital diagnosis, Google sees the opportunity to employ what it learned in the development of Google Glass to healthcare.

Google’s 3D mobile technology and its offering around health record digitization from other strands of its expansion in the health market. Last month, it released the Google Fit platform to track exercise and sleep, among other health factors – but it is far from alone, as Apple AAPL and Samsung offer similar devices.

Today, under a new development and licensing deal between Google and the Alcon eyewear division at Novartis, the two companies are developing a smart contact lens which can measure diabetics’ blood sugar levels directly from tear fluid on the surface of the eyeball. The system sends data to a mobile device to keep the individual informed. 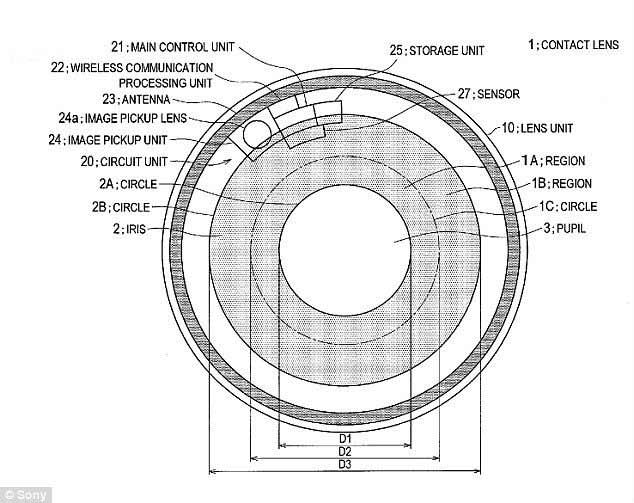