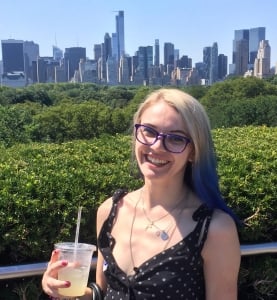 My fantasy of interlacing work with pleasure may come true!

Little over a month ago,  I started using Bandsintown to track artists’ concerts. The app syncs with Facebook, Spotify, and other sites to find out which artists you listen to, and then notifies you when they have a concert in your area.

This past summer I discovered what has become my new favorite band, MOTHXR.   It is a four-piece alt- rock group headed by none other than Penn Badgely, my teenage crush from the show Gossip Girl and the movies Easy A, and John Tucker Must Die. A friend introduced me to their music, and ever since, I’ve been hooked.

I couldn’t believe my luck when Bandsintown notified me that they would be playing a free show at Rockwood Music Hall for CMJ. I immediately RSVP’d and invited some friends for a night of great music.

I love Rockwood Music Hall because, although it is small, it attracts a crowd of avid music fans and always plays host to incredibly talented up-and-coming artists. My friends and I arrived around 11PM and caught a captivating performance by Catey Shaw, a singer-songwriter who pumped up the crowd with her soulful performance. When she finished her set, I immediately pushed up closer to the stage so I could get a better glimpse of the band. 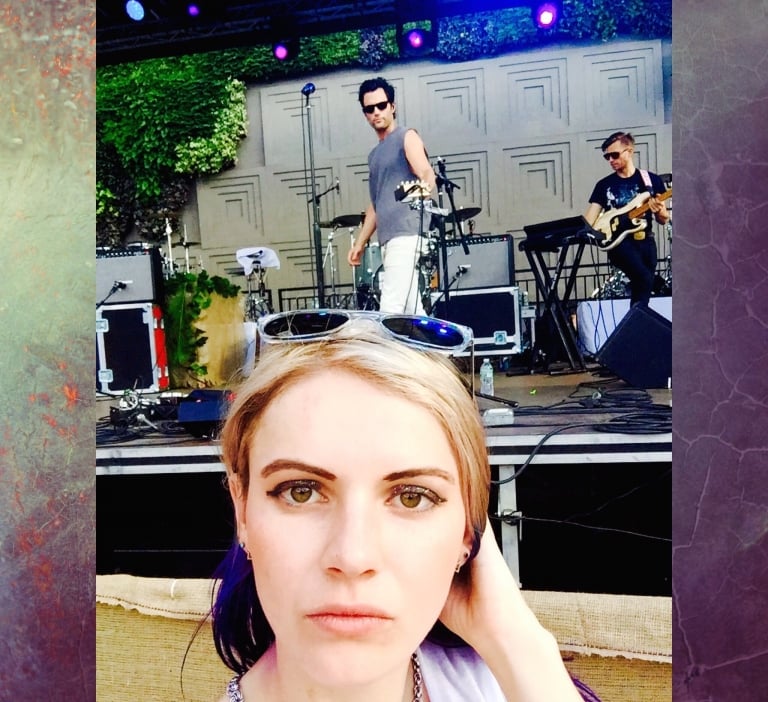 As they took the stage, Penn remarked upon the “intimacy” of the stage, as the four musicians were crammed tightly together with little room for the showmanship that pervades most rock shows. This required them to engage the audience through their musical prowess, which they more than accomplished. Their sound can best be categorized as slow jams mixed with soulful vocals. It’s the kind of music that makes you want to sway slowly to the beats while sipping a beer with friends. Luckily, I was able to do both!

Though their set was short, they played my favorite track, “Victim.” Being able to see the band truly mesh together on this song made the experience one to remember. I can’t wait for them to release their first full album in a few months. Until then, definitely check out their videos if you want to hear a local Brooklyn band experimenting with alternative rock music. I look forward to attending more shows at Rockwood to become better acquainted with the artists and fully immersing myself in the scene.

Thanks to my job at American Movie Company, I now view every event as a potential WebCasting gig.

How awesome would it have been to Live Stream the show to those fans unable to make it to New York?

Being a part of AMC has given me insight into the services available that can help my favorite independent bands reach out to a bigger fan base. It has also brought me a step closer to achieving my dream of combining my love of discovering and following independent bands with my WebCasting work.

With luck and pertinacity on my part, I’ll be doing just that, soon!