Looks like Google is going to be pushing the bleeding edge of the tech revolution even further with its new 4K streaming codec VP9. 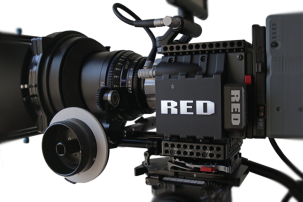 This new Google service compresses ultra high def  (4K video)  for streaming at double the quality of their previous 4P8 codec.   The new format is a royalty-free codec which as you are probably aware they have been developing for quite some time.  It exists in their mind certainly as a viable alternative the H265 video codec.

Francisco Valera, who as you’re probably aware, is the global director  of the new release by  Google,  is arranging for new industry partnerships to help ease the roll out.  According to him YouTube does not want to characterize this release as a “My way or the highway” type of deal.

He said in a recent interview “…This certainly isn’t the war of the video codecs.”  and he added that this is just the first major announcement around ultra HD which is a generic term  for 4K/8K.

In particular, Mr. Valera was addressing the implementation on YouTube and he left open the possibility  for YouTube to add the new H264 4K format as well at some later date.

He felt that the new VP9 codec wouldn’t just be a great help to YouTube but would give professionals as well  as the general public an easy way to produce higher resolution video streaming at a  much smaller bit rate while at the same time would also lessen the amount of data necessary to stream on your HD video by about 50%.   He also emphasized the fact that this is going to really help YouTube vastly improve its quality as well as gain a competitive edge.

Okay let’s take a minute and look at the history of VP9.  It’s a completely open or royalty free video compression standard developed by Google.  It did have earlier development names, however, that you might be familiar with such as Next GEN Open Video.

Where the stated goals to Google had in developing the new VP9 codec was to reduce the bit rate by at least half compared  to the previous VP8 codec but they wanted to have a giant 50% increase in quality.  The other thing that they really wanted to do was to improve it to the point where it would have all much more compression efficiency.

Why is the VP9 codec so important?  Well, as you know, there are different types of codecs.   There’s the lossless in which case the quality of the images is maintained and the lossy where the compression results in a loss of quality.  Historically the VP9 Codec can be traced back to 2011.  It’ s the successor of the popular VP8 video codec.  It was designed to reduce the bit rate by half and yet maintain the same high-quality output.  Thus the VP9 is lossless which now makes it so popular for web browsers such as Google’s own web browser, Chrome VP9 that provides better compression efficiency.  It supports 32 x 32 pixels and developers are considering adding 64 x 64 pixels which would be pretty cool.

Vp9 is a welcome addition to the Ultra DH 4K format.