Up and coming Chinese designer Chi Zhang made his New York Fashion Week debut in a stunning show aboard the Intrepid Sea, Air & Space Museum this past week. Zhang launched his clothing line in 2007 and has steadily built an incredibly loyal following in the years since.

The American Movie Company team was on site to provide WebCasting services for the show. It was Live Streamed and widely lauded for its diversity and melding of various inspirations. Zhang is clearly influenced by technology, space travel, and a willingness to deconstruct – endless possibilities! 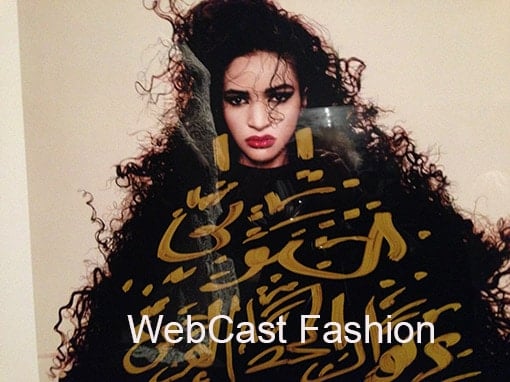 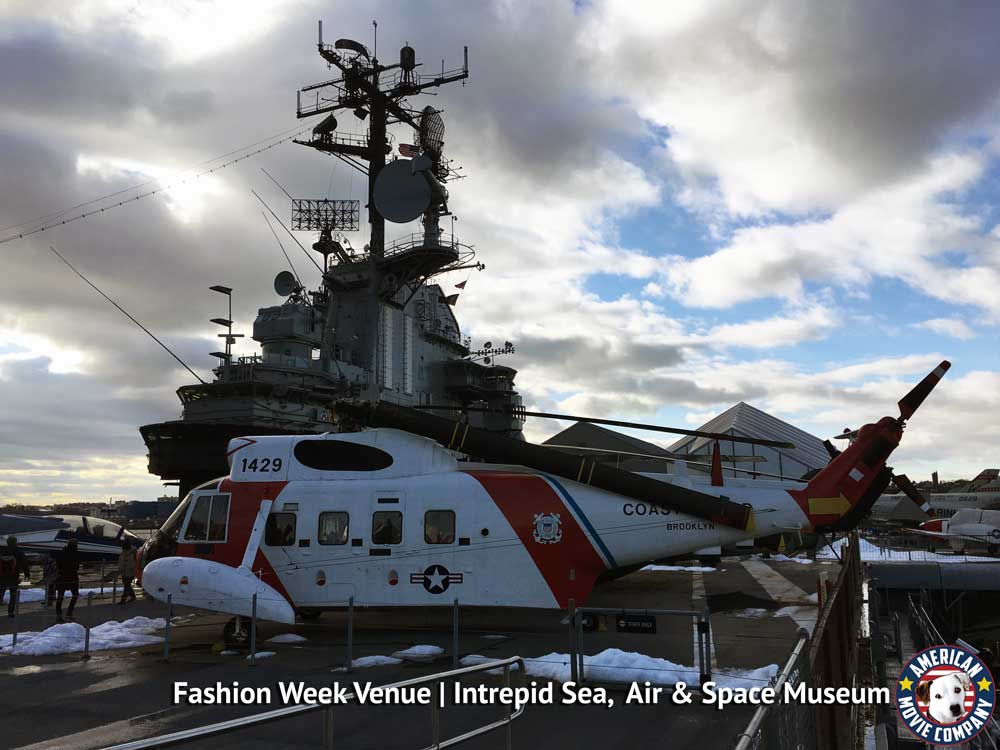 AMC brought a full crew aboard for this shoot. Bill Milling produced the show and was on location as the Production Supervisor. Phil Fleischer doubled as the production’s Assistant Director and TriCaster operator. Zack Breheney, usually a teleprompter operator assisted with the TriCaster this time. Arié Ohayon was the DP, and led a seven-camera team consisting of Lou Blackmon, Loni Gest, Chris Lind, Jason Bergman, Eduardo Torres and Govind Deecee. RJ Yenesel served as the production Sound Mixer. Jacob Getz, Laerke Roase Mollengard, and Pamela Hope were the production photographers. Emma Broadbent shot behind the scenes footage and Parmjot Girn and I were on site as Production Coordinator and Manager, respectively. 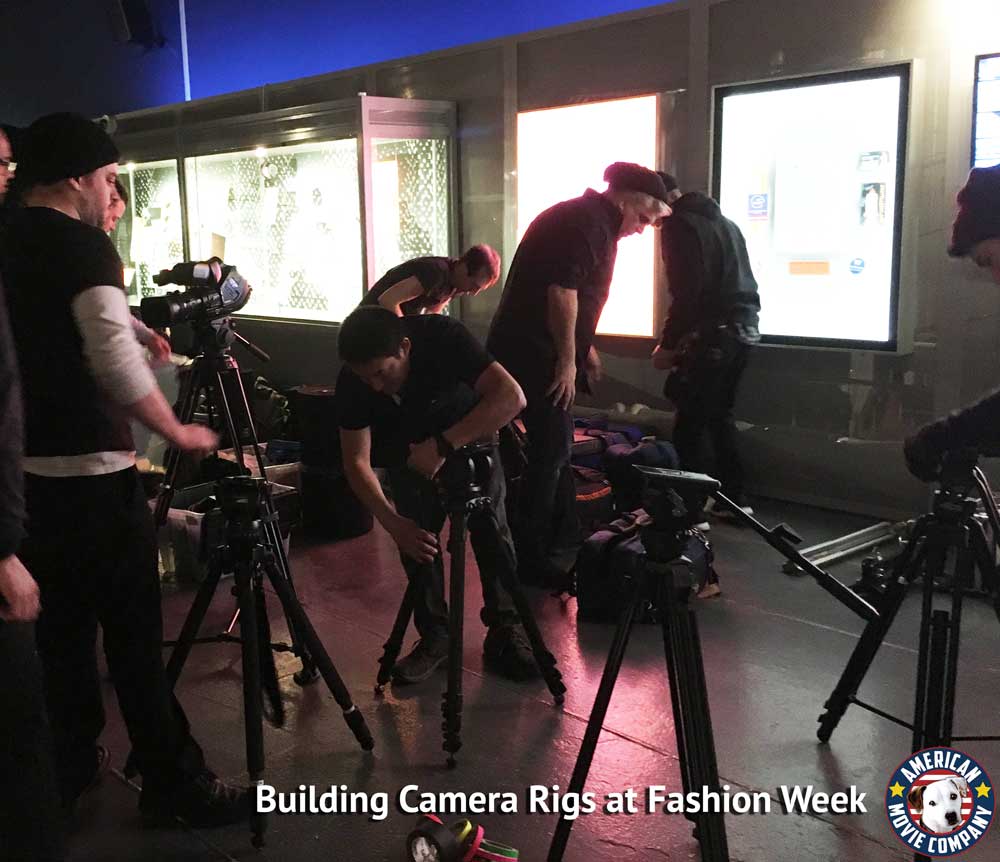 Zhang’s energetic show took place in the Space Shuttle Pavilion on the Intrepid where in spite of the exclusivity of the location, the show had a casual air. During the runaway part of the show, the models danced excitedly to dubstep down a runway that circled The Enterprise shuttle.
The collection was casual, featuring many graphic sweatshirts. Most of the female models sported these sweatshirts, which displayed Zhang’s slogan “King is Back,” and images of gas masks, among other graphics.
Straps and gas masks were motifs of the collection. Many of the models had straps wrapped around their arms or legs or hanging loose from their sleeves. Several models sported gas mask graphics, and some wore actual gas masks. The setting on an out of commission battleship coupled with both motifs contributed to a post-apocalyptic asylum theme.
The male models wore long fur or leather coats without shirts underneath. Both male and female models wore sparse clothing below the waist. The men wore speedo-like underwear or basketball shorts, and the women wore short shorts or bikini bottoms. Both scantily clad but made flashy statements.

Parm, something of a fashionista herself, particularly enjoyed the runway show. We were both excited to see the collection. I loved it especially after I realized that the bulk of it consisted of graphic sweatshirts, which are among my favorite clothing items.

The funniest part of the night by far though, was when Parm was mistaken for a model. She arrived at the same time as the models did, and the AD directed her to the green room with the rest of them. She went, bypassing the rest of the crew. There was some confusion in the green room when she was told to go to Hair and Makeup, but she realized the mistake and managed to find the rest of our team. She does look exotic and possesses unequaled self-confidence on set.

Despite the confusion (which is to be expected), we had a fantastic show! The models strutted down the catwalk, as it were, without missing a step. Our camera crew captured great footage of the models on display and environs. We were glad to have participated in such a fun show and look forward to our upcoming WebCasting events! 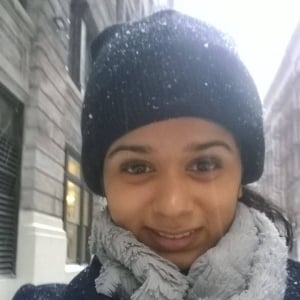 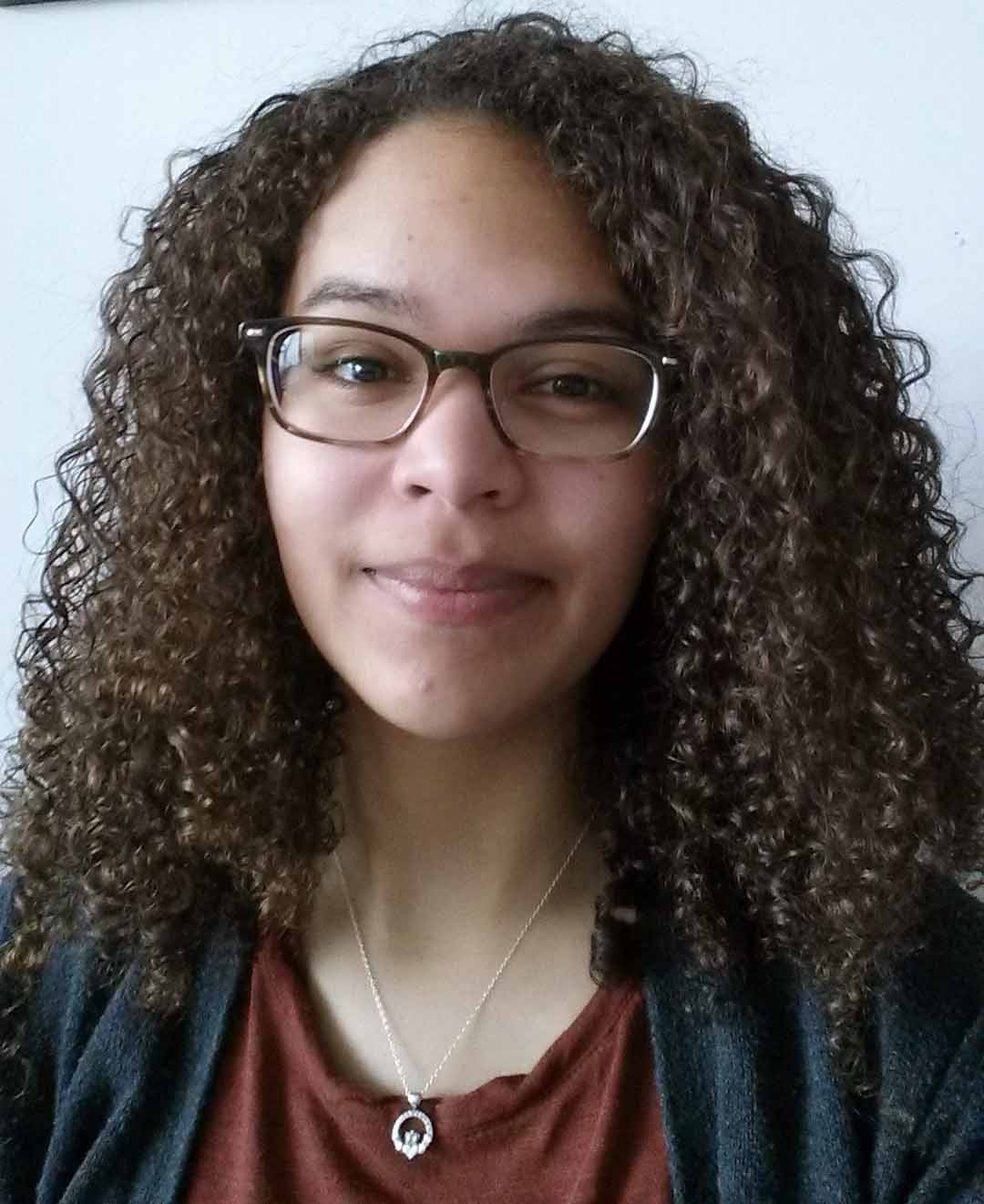 American Movie Company can help with all your WebCasting, Video Production and Green Screen Studio needs. You can call us at 917.414.5489 or email bill@americanmovieco.com with further questions.
Please follow, share and like us: