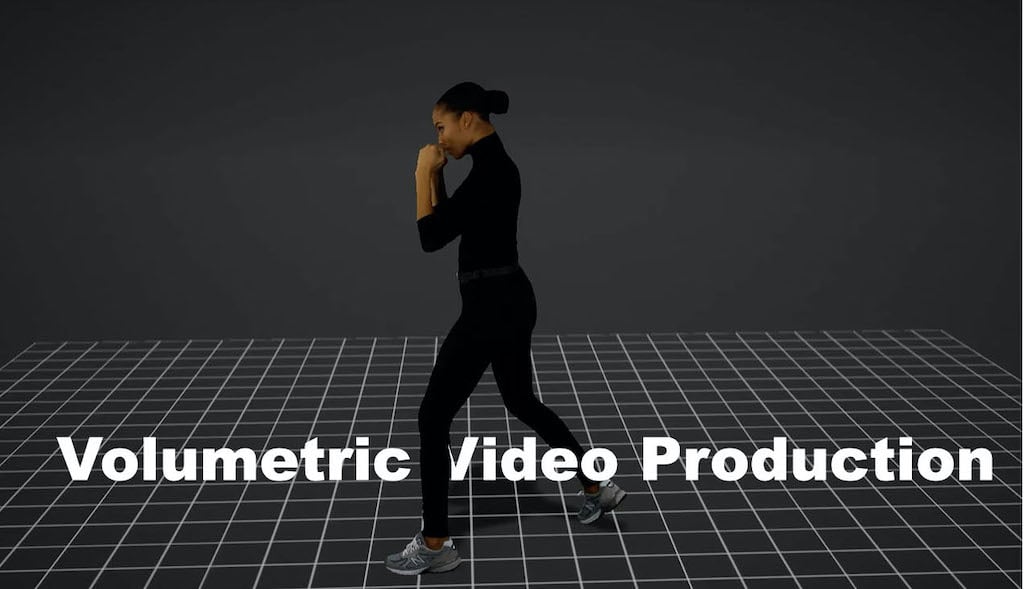 THE FUTURE OF FILM AND ADVERTISING HAS ARRIVED

THE FIRST PREMIUM VOLUMETRIC CAPTURE STAGE IN THE NORTHEAST 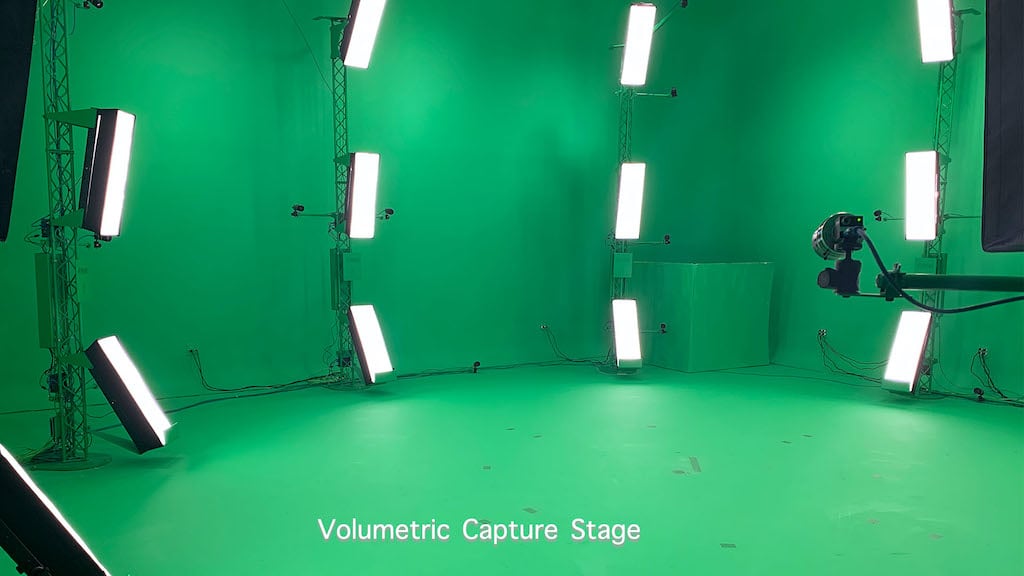 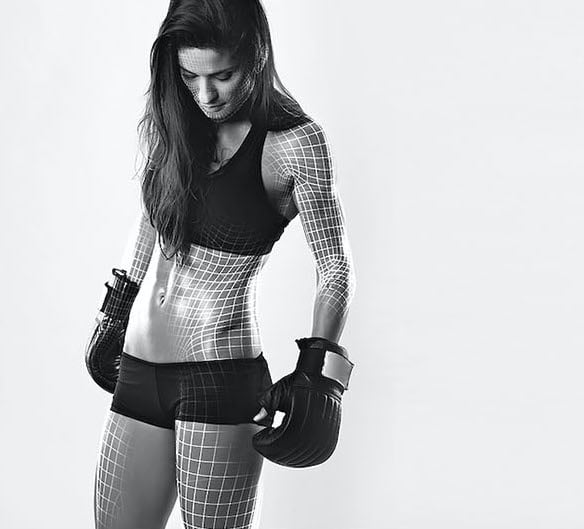 The first premium Volumetric Capture stage in the Northeast, is now open and available for creative inspiration and commercial activation.

We capture the highest fidelity moving holograms for use in augmented and virtual reality experiences, as well as traditional 2D film and video.

This revolutionary technology will change the way the fashion, advertising, publishing and health and fitness industries connect with their customers by showcasing visual images and movement in a four dimensional, interactive format. 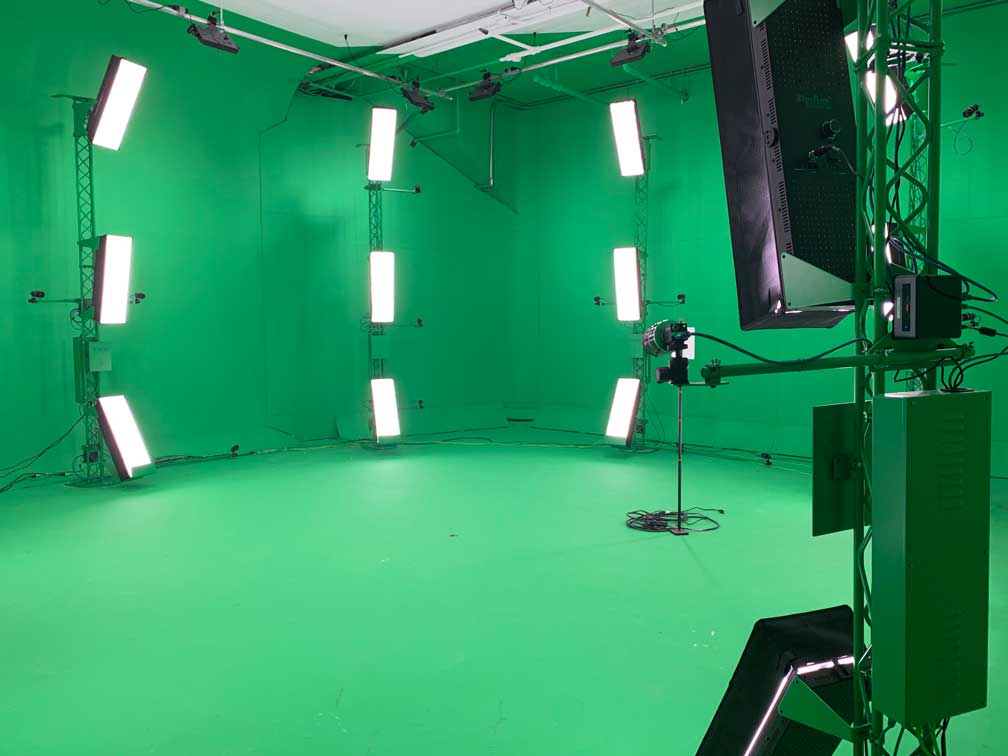 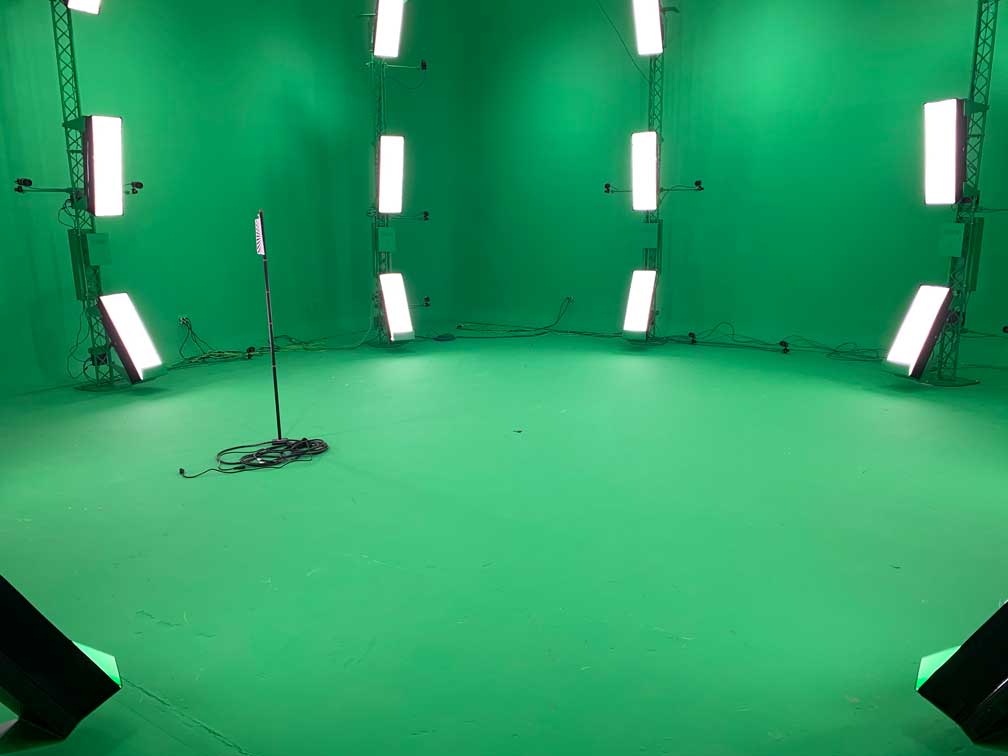 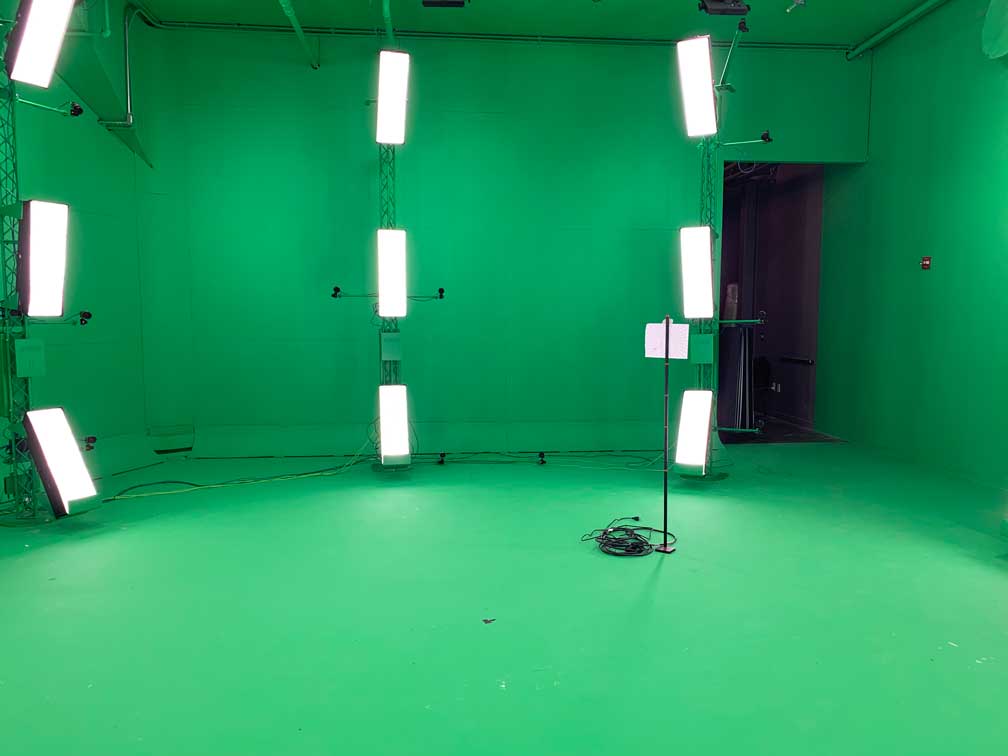 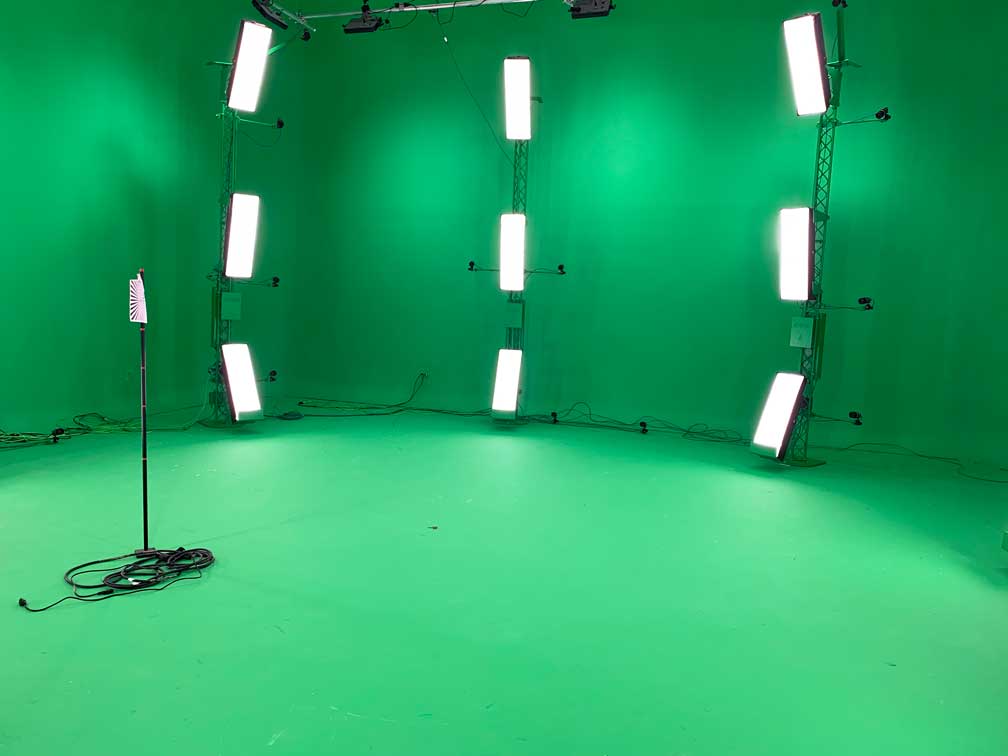 What exactly is this technology, and how can you make it work for you?

What is volumetric video?

In a nutshell, volumetric video capture is a way of capturing live action and recreating it in such a way that real-life users can interact with them.

How does volumetric video work?

Dozens of cameras swoop around objects, animate or inanimate, recording them from every possible angle. With volumetric video, characters and environments are captured by these multiple cameras in a controlled space to create what is basically a fully realized three-dimensional hologram.

What do you need to view volumetric video?

Once the hologram is created, it can be viewed from any angle, no matter how it moves or where you are looking at it from, with the help of a mobile device or VR headset. 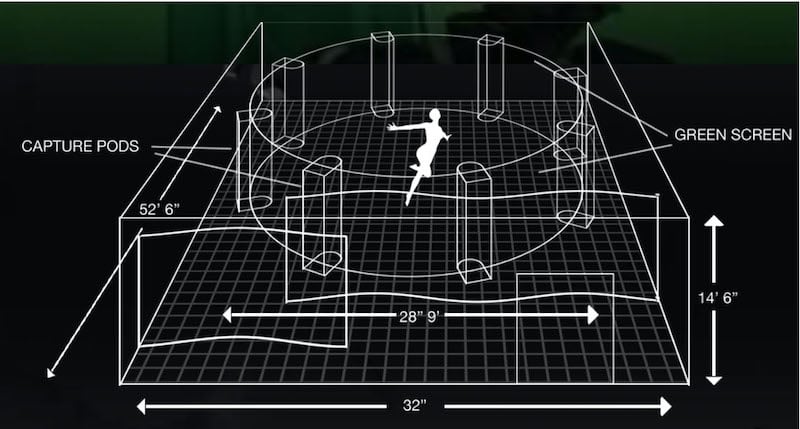 Say Hello To a New Era of Special Effects Design

What do you do once you’ve filmed something in volumetric video?

The creations can be manipulated to perform any action, in any environment—and they will interact with that environment in a completely realistic way. They’ll react and respond to objects around them, light, effects… with complete motion capture having taken in all the possibility physical information and storing the data, the possibilities are endless.

Can you use volumetric video for more than just people?

Environments, as well as characters, can be created in rich 3D, without the restrictions of pre-determined visual perspectives. If you’ve ever imagined visiting Star Trek: The Next Generation’s holodeck, then you understand the appeal; exploration without limitation. 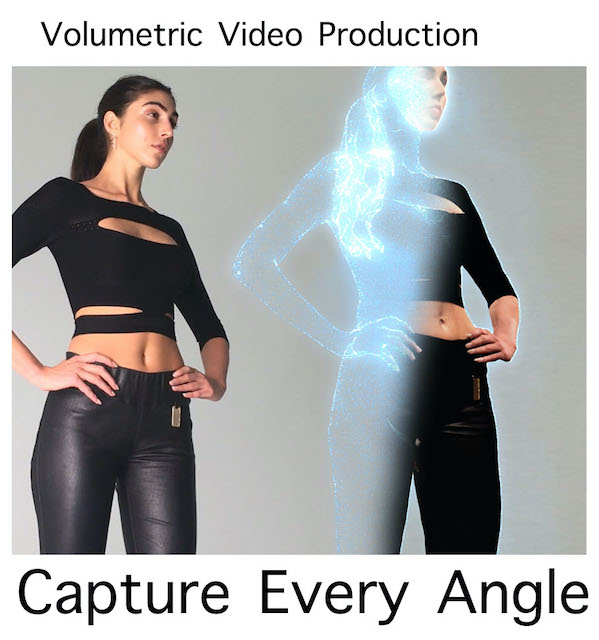 The next dimension of film, fashion, marketing, games and interactive with natural motion 3D volumetric capture

How can marketers use it?

A performer can be captured singing, dancing, and speaking, then sent to locations around the world where the performance will feel “live.”

Experiences can be shared by audiences in any location, and still feel deeply personalized as they are immersed in environments or seeing “shows” without ever having to leave home.

Can you also use it for location-based based marketing?

Characters can also be placed in live action environments, drawing crowds and creating events, with the help of mobile phones.

Can volumetric video work for education?

A detailed, thorough, interactive virtual environment can be created, allowing viewers to explore museums, landscapes, and worlds without having to have it right there next to them.

Now available on the App Store.

The Volumetric Capture System include a large capture zone measuring 3 meters (9’ 10”) in diameter and 2.4m (7’ 10”) in height as well as uniform, high-quality volumetric reconstruction throughout the capture zone. Filming is recorded at 30 fps or 60 fps with local data processing all in high-quality volumetric sequences in industry standard formats. Plug-in technology for the 3D engines Unity® and Unreal® is part of the system. Our Volumetric Capture stage also has developed a unique system of lighting in partnership with ARRI, the leading light technology manufacturer that is used to make Hollywood blockbuster movies.

Also check out our AR/VR Production at AMC.

How can you make educational use of volumetric video exciting for  kids?

Video games are already making creative and cutting-edge use of volumetric video capture, putting players into immersive environments they can explore every crevice of as characters respond to changes in surroundings, temperature, and weather. Imagine the same use for museums and galleries, famous libraries, or historic recreations.

Filmmakers can put their characters into virtual sets, and then have every possible camera angle at their disposal without having to reset and reshoot.

Can it give viewers a more personalized experience?

Armed with the right equipment (like a VR headset), viewers can decide what angle THEY want to see the scene from and shift accordingly. Live action characters can move around in a recreated space, or recreated characters can move around in a live space, lifting previous limitations and giving storytellers new creative tools for movies, games, education, travel, marketing, and so much more.

This is just the beginning.

Filmmakers, video game creators, and dreamers are still looking at all the possibilities that volumetric video capture will bring. Using the vast amounts of data captured by these cameras, history can be recreated and new stories can be told with unlimited reach.

A full-service solution, our Volumetric Capture Studio also provides AR/VR development and consulting services across industries, including fashion, advertising, and publishing and can supply video, photographers and crew. 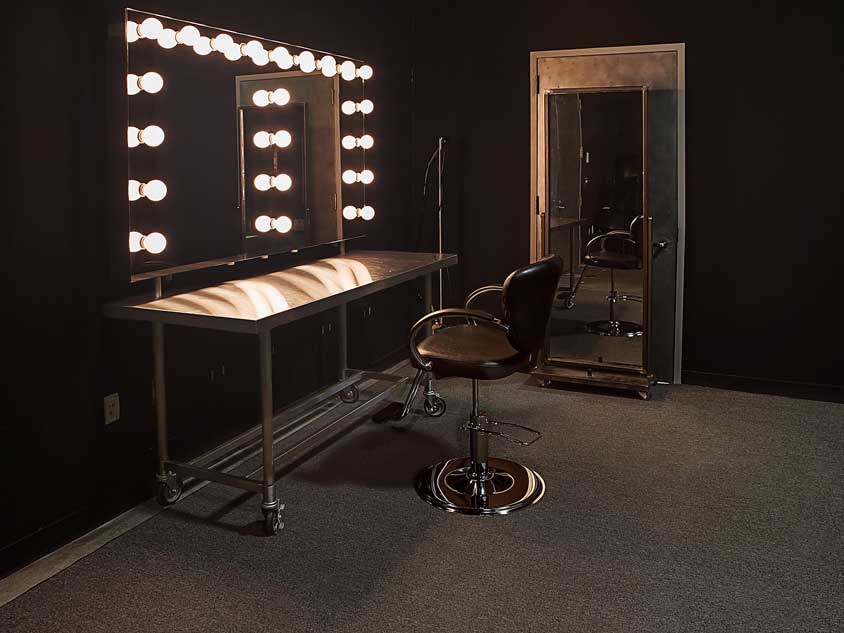 Recorded in Japanese with English subtitles.