The American Movie Company was pleased to Live Stream the 2016 Roboticon in Brooklyn.

This year the major robotic convention was held in Brooklyn and was the best attended in the history of the event.  It was a true “Geek Fest” with robot nerds gathering in record numbers.

The event featured “Robo Wars”  one of the most popular attractions which consisted of teams of “Battle Bot” creators setting their fierce robo warriors against each other in a “last bot standing” series of cage death matches. The metallic warriors drew cheers from the wildly enthusiastic crowd who vociferously urged on their favorites.

It was the sweet smell of victory and agony of defeat, as winners and losers dealt with the aftermath.

The American Movie Video Production team captured all the action with six Sony EX3 cameras and a Tricaster 8000.

And the event featured every nerd’s fantasy “hot young models” in future gear.  Did you expect anything less? 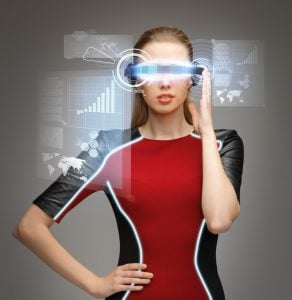 And panel discussions of artificial intelligence in robots were held.  Lots of talk about IBM’s Watson which beat its human competitors at Jeopardy.   The conclusion.  Yes, robots can beat humans. Even sexy ones like the poster below.  But they are still far from mastering relatively simple pattern recognition.

An important paper on the topic was discussed:

Robotics and Artificial Intelligence: a Perspective on Deliberation Functions Felix Ingrand, Malik Ghallab LAAS–CNRS, Université de Toulouse 7, Av. Colonel Roche, 31077 Toulouse, France E-mail: {felix,malik}@laas.fr Abstract: Despite a very strong synergy between Robotics and AI at their early beginning, the two fields progressed widely apart in the following decades. However, we are witnessing a revival of interest in the fertile domain of embodied machine intelligence, which is due in particular to the dissemination of more mature techniques from both areas and more accessible robot platforms with advanced sensory motor capabilities, and to a better understanding of the scientific challenges of the AI–Robotics intersection. The ambition of this paper is to contribute to this revival. It proposes an overview of problems and approaches to autonomous deliberate action in robotics. The paper advocates for a broad understanding of deliberation functions. It presents a synthetic perspective on planning, acting, perceiving, monitoring, goal reasoning and their integrative architectures, which is illustrated through several contributions that addressed deliberation from the AI–Robotics point of view. 1. Introduction Robotics is an interdisciplinary integrative field, at the confluence of several areas, ranging from mechanical and electrical engineering to control theory and computer science, with recent extensions toward material physics, bioengineering or cognitive sciences. The AI–Robotics intersection is very rich. It covers issues such as: • deliberate action, planning, acting, monitoring and goal reasoning, • perceiving, modeling and understanding open environments, • interacting with human and other robots, • learning models required by the above functions, • integrating these functions in an adaptable and resilient architecture. 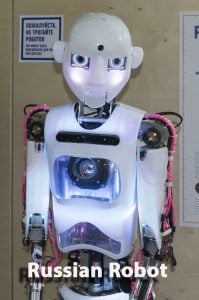