“Kill Bill’s a violent movie. But it’s a Tarantino movie. You don’t go to see Metallica and ask the fuckers to turn the music down.

On media criticisms of violence in his movies: What if a kid goes to school after seeing Kill Bill and starts slicing up other kids? You know, I’ll take that chance! Violent films don’t turn children into violent people. They may turn them into violent filmmakers but that’s another matter altogether”

“I’m never going to be shy about anything, what I write about is what I know; it’s more about my version of the truth as I know it. That’s part of my talent, really – putting the way people really speak into the things I write. My only obligation is to my characters. And they came from where I have been.”

“I don’t believe in putting in music as a band aid to get you over some rough parts or bad film making. If it’s there it’s got to add to it or take it to another level”.

“When I give props to these movies, you have to understand – it’s not like they were all good. There’s an expression: You have to drink a lot of milk before you can appreciate cream. Well, with exploitation movies, you have to drink a lot of milk-gone-bad before you can even appreciate milk! That’s what part of the love of these movies is – going through the rummage bin and finding the jewels”.

“When I first discovered Howard Hawks, I spent a year and a half reading the TV Guide and they played about 80 percent of his entire oeuvre on Los Angeles television. Brian De Palma, Martin Scorsese, Sergio Leone and Hawks were a huge influence on me.

[on Inglourious Basterds (2009) being not just a revenge fantasy about World War II, but a torture and terrorism fantasy] –

“Definitely. You took it right out of my mouth. Yes. I mean, basically what they’re doing – you described it really, really well. To put in even shorter nutshell, they’re actually doing literally the Apache resistance, but against the Nazis, against the Germans.”

“And that was one of the things – one of the reasons I wanted to do something like that, other than for all the other reasons you said before about – it’s a revenge fantasy and this and that. We’ve never seen it before. I was trying to do like a spaghetti western but using World War II iconography.”

“So in my re-imagining of this whole thing, I kind of placed the Jews as the Indians in this scenario. And that is part of the whole thing. You know, when they say they ambush a German patrol of six guys and then they scalp them, maybe even take their shoes off, so when they are found there is even less dignity in the death – all these little things that they do.”

Tarantino On the New Kill Bill 3

I’ve come to a point where I like Pauline Kael‘s reviews of Godard more than Godard’s films.

[on making another “Kill Bill” movie] Oh yeah, initially I was thinking this would be my “Dollars Trilogy”. I was going to do a new one every ten years. But I need at least fifteen years before I do this again. I’ve already got the whole mythology: Sofie Fatale will get all of Bill’s money. She’ll raise Nikki, who’ll take on The Bride. Nikki deserves her revenge every bit as much as The Bride deserved hers. I might even shoot a couple of scenes for it now so I can get the actresses while they’re this age. 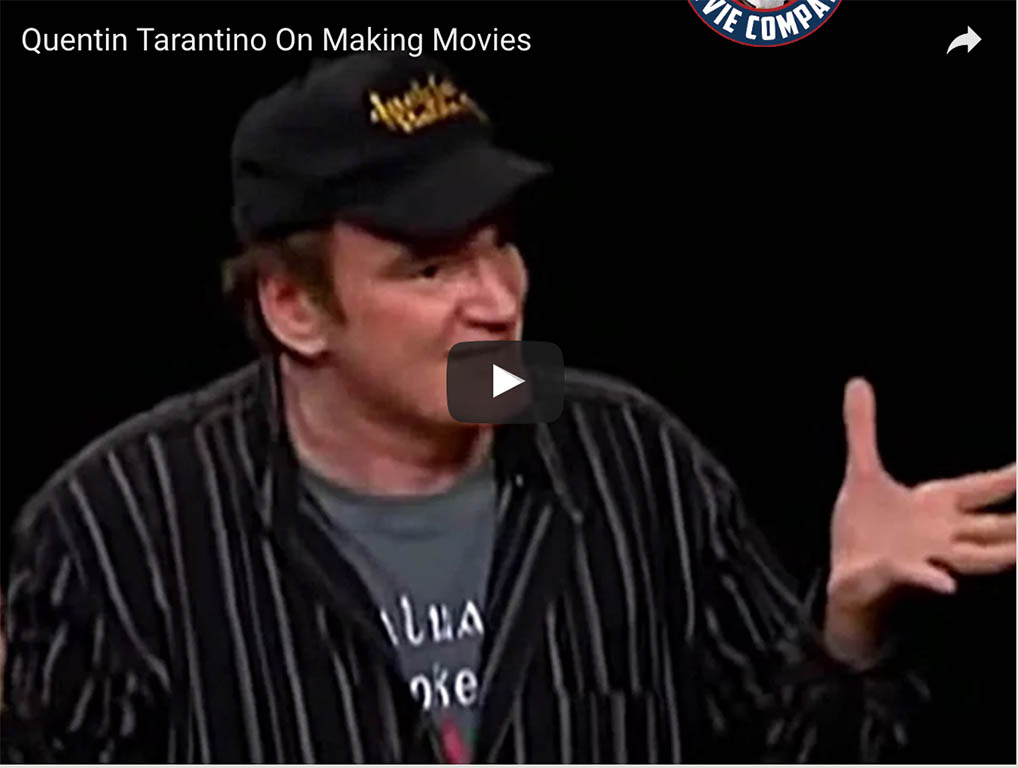