Netflix and Apple have consciously uncoupled, and my heart has been breaking ever since. 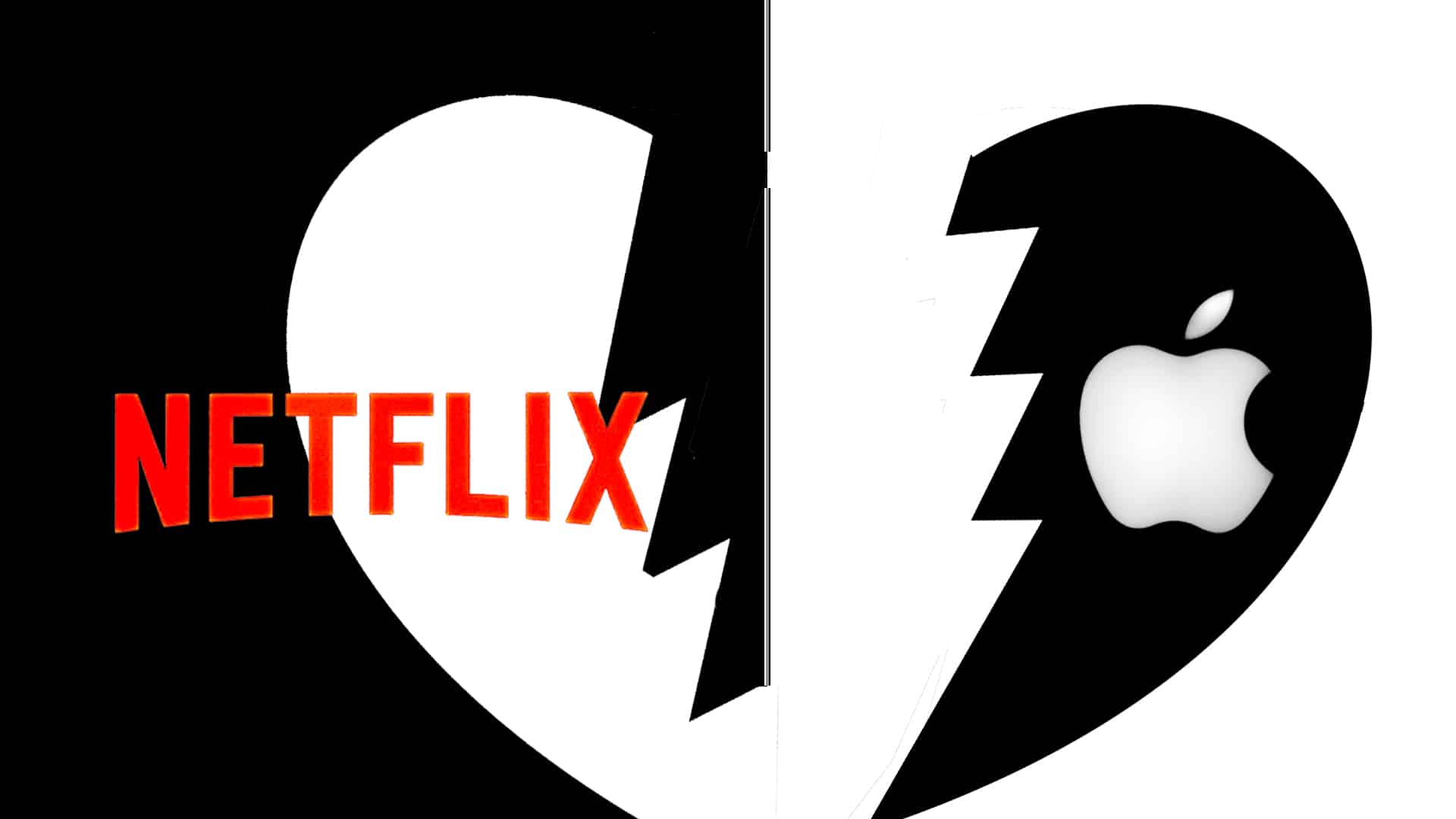 It’s common-sensical: Sundays are made for lazing about; the self-care day of the week before loathsome Monday rears its hideous head around the corner. One of Sunday’s very tried and true traditions in my home is to lounge on the living room couch in various versions of battered sweatpants and shirts we’d gotten for free at business kiosks, an assortment of Asian take-out splayed out across the coffee table, and an episode of the newest Netflix show we’ve committed to binge watch  together, AirPlaying through the Apple TV, on the television above.

However, it seems that our Sundays may never, ever be the same.

Those joyful days are far behind us now that Netflix’s relationship with Apple has taken a turn for the worse.  It’s the pits!

(For those that use their weekends for outdoor activities and productive endeavors, you may be confused. See, AirPlay is a feature found in Apple devices (and some others) that allows you to stream video or audio apps on to your television, through the Apple TV device. One could easily open the Netflix app on the iphone or iPad and stream the selections to their television (or other visual device) for hours at a time.)

Unfortunately, users have recently discovered that they are no longer able to stream their Netflix onto their Apple TV devices from their IOS device. Netflix claims that they have removed the feature to protect the safety of their consumers.

This is what Netflix’s official press release had to say:

“We want to make sure our members have a great Netflix experience on any device they use. With AirPlay support rolling out to third-party devices, there isn’t a way for us to distinguish between devices (what is an Apple TV vs. what isn’t) or certify these experiences. Therefore, we have decided to discontinue Netflix AirPlay support to ensure our standard of quality for viewing is being met. Members can continue to access Netflix on the built-in app across Apple TV and other devices.”

However, others are speculating that the reasons, at its core,  behind the split is much less amicable than consumer safety.

Rumors are that Apple is halting Netflix from accessing user data through the AirPlaying capabilities.  Netflix has much more control over the data when users access the app through the Apple TV directly, instead of AirPlaying it from an IOS device.

Though the even jucier rumors on the market are that Netflix is pressed about the upcoming Apple TV+ and is looking to disarm its competition. Although reps are trying to dispell the rumors, telling The Verge, “It’s not a business competition play.”

Either way, this breakup is hurting all of us and they need to find a cordial middle ground – for the kids – and me.

Our services range from fully produced TV broadcasting, complete with live switching, to Live Streaming in full HD from helicopters and vans to Bar/Bat Mitzvahs, weddings and corporate meetings.

Click Here to find out more about AMC's WebCasting Services