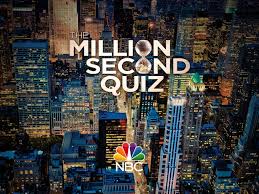 NBC’s Million Second Quiz came and went in a matter of two weeks, but the work required to keep the show running 24/7 on live streaming web involved a highly specialized digital operations team. From day one the digital ops team worked round the clock to keep the show accessible to viewers via live streaming on the NBC website, twitter, and other social media outlets. MSQ also became the first game show to offer interactive play to viewers and fans through a mobile application. Keeping track of MSQ app downloads, digital web audiences, and social media feeds kept the team on its toes, as they delivered one of the most dynamic and complex game shows to date.

The Digital Operations team worked three different shifts (6:00 am-2:00 pm, 2:00-10:00 pm, 10:00 pm-6:00 am), navigating digital boards showcasing footage from different cameras. Segments became more exciting during “Power Play” hours, which allowed contestants in the winners circle to raise their earnings by competing live while other contestants vied for the winners circle.  While technical assistants kept their eyes open on multiple camera screens, audio mixers listened closely for any signs of player meltdowns, strategizing, and overall player responses to the demands of the game, anything to heighten the tension and drama on the show.

The Ops team had to be sharp, ready to grab compelling live footage that featured contestants at their most competitive, strategic, and emotional. As the contestants lived in the studio for the duration of the game, the ops team had a firsthand look into their daily routine–the rituals, habits, and behaviors that was unique to each contestant. Couple that routine with emerging friendships and rivalries among contestants, and NBC had the makings of an entertaining game show. It was particularly interesting to see the emotional response of contestants to the threat of a new contestant ready to take their spot in the circle. Imagine spending hours in a chair answering questions, racking up money $10 per second, only to lose out in the end to someone who was capable of lasting longer in the chair. That’s how high the stakes were. At any moment the hard work of one player could be trumped. For hours on end, contestants came and went with only a handful able to make it past the $200,000 mark in the winner’s chair. Seeing contestants rise and fall created moments of exhilaration,nervousness, and more than often utter disappointment.

So how did the digital ops keep up with all these moments? It took a team of roughly twenty-five people to pull together and keep the show running over two consecutive weeks. We dealt with technical glitches, kinks with the money chair, and virtual shutdowns that lasted for hours sometimes. All part of finessing operations on an innovative new show. 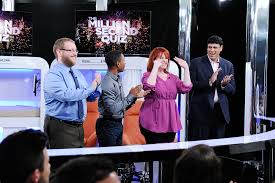