Sound Quality Back on The Rise ? 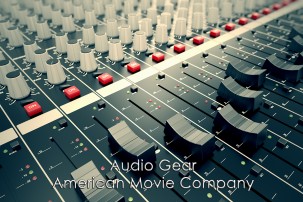 One would expect that as technology advances so does quality. It has with televisions, computers, and virtually everything else electronic. What’s interesting about audio is how instead of the linear progression that one would expect with greater technological advances, the quality of sound in common consumer mediums has fluctuated like a line graph of a fickle stock.

We’ll start with the real boom of consumer audio vinyl records. A musician would record onto a reel of magnetic tape and it would be pressed into vinyl creating a super high quality analog representation of the original sound.  This was the standard for a very long period of time and there are many audiophiles that believe vinyl is still the best sounding medium.  Then consumers started sacrificing fidelity for convenience and portability and the trend has continued to this day.

First came vinyl which had been around in some form since the early 1900’s but generally became a real consumer product in the 40’s and 50’s.  8-tracks and cassettes came next.  Both were unreliable and flimsy sounding compared to their vinyl counterparts yet the market spoke and convenience was king.

Interestingly 8-tracks actually sounded better yet the size of cassettes compared to amount of time they could record outweighed the marginal difference of fidelity.

Frankly, cassettes sound horrible mostly due to the small tape width and slow tape speed.  They created a fair amount of tape hiss.

The advent of compact disks started to change things and for the better.  They were the first mass consumer medium that took advantage of digital playback.  No more pops, no more hisses.  It was a slow transition, however, and though CD’s were introduced in the early 80’s it wasn’t until 1988 that the sales of CD’s surpassed vinyl sales.

Compact discs reigned supreme for a very long period of time. They were durable, portable and sounded great.

The next phase of digital audio was MP3. For a person who lived through this transition, I will say that at first MP3’s were simply just cool.

They were super compressed, they didn’t sound particularly great when compared to CD’s but the ease of jumping from one song to the next or being able to search a library of songs for the one you’re really in the mood for, simply cannot be rivaled on other mediums.

Another major reason MP3’s took off as a format was the peer to peer file sharing that allowed music to be pirated.

Suddenly there was a convenient and free way to get music you would otherwise have to pay for and major record labels are still suffering.

The portability of these files has been the major reason for their success.  The first generation iPod was a look into the future.  Though it could only hold a few albums worth of songs the ease of adding and deleting songs was unparalleled.

The bad part was that MP3’s are so badly compressed they don’t sound very good. They needed to be compressed in part because hard drives were not big enough to fit larger less compressed files but like everything else technology driven it’s starting to catch up.

Stars such as Neil Young have invested heavily in super high quality digital formats such as Blu Ray.

Personally, I believe the future is in lossless digital formats. Lossless formats are exactly as they sound, they are uncompressed and capture the entire spectrum of the recording, digitally.

FLAC or free lossless audio codec is the preferred format for most high fidelity digital collectors, like myself.  However, there are others trying to capitalize on what is sure to be the next boom.

It’s safe to assume that we’re going to start seeing the quality of digital audio increase.  That is to say, for the first time consumers will have the high fidelity audio with the ease and convenience of a digital audio library.

Is Sound Quality Back on The Rise ?  Yes, Yes, Yes