Using a Teleprompter on a Secondary Camera 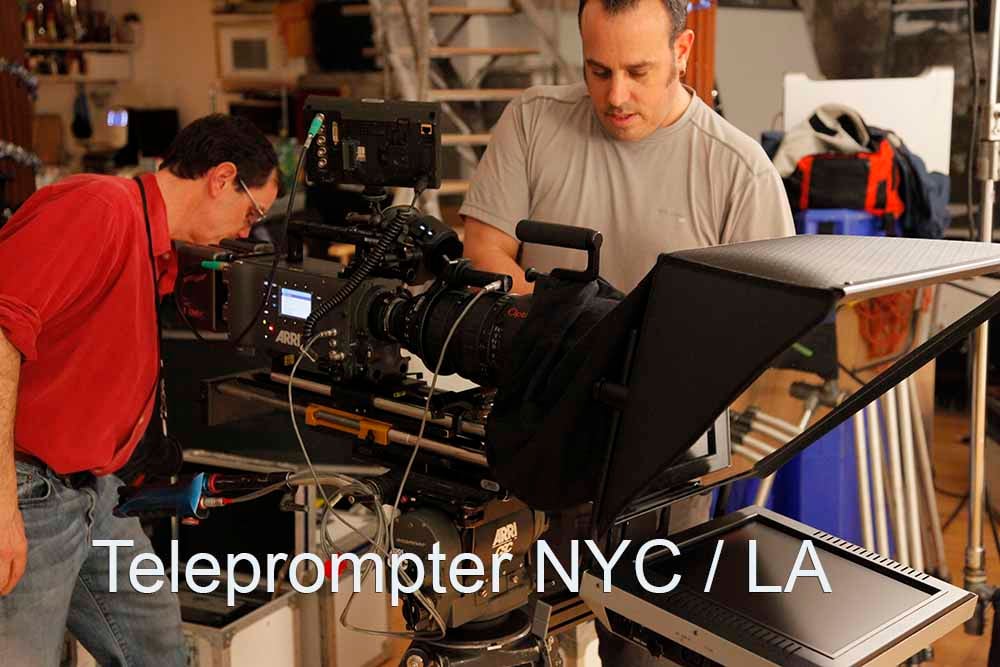 Teleprompting for a Poetic Monologue

Earlier this week, I had the pleasure of teleprompting for a poetic monologue shot in which the actress had not memorized her lines.  Even so, she was expected to recite her lines with a great deal of emotion and expressive body language while walking around a green screen set.  This was nothing like the standard teleprompter shoot in which the person is looking directly at the camera and reading straight from it.  In this case, the teleprompter was used as a crutch for the actress.

I set it up on the secondary camera, which was an F3 on sticks. The primary camera was handheld by the Director of Photography in order to capture the more artistic and organic looking shots.  The actress did not stare into the teleprompter to read the lines, rather she used it as a reference to make sure she was on track.