A car which has only two wheels and that makers say is impossible to crash, has been unveiled in the US. The bizarre looking vehicle is the product of General Motors teaming up with electric scooter makers Segway to create an eco-friendly city car. Project P.U.M.A. (Personal Urban Mobility & Accessibility), is said to offer fast, safe, inexpensive and clean transport at speeds of up to 35mph.

I came across an incredibly informative article by Benjamin Schneider   JUN 21, 2018) about Segway and little cars which I suggest you read in its entirety.  Below is an excerpt to whet your appetite.  How’s that for a segue?

Why Little Vehicles Will Conquer the City

Nearly all of them look silly, but if taken seriously, they could be a really big deal for urban transportation.

The public reaction to the arrival of dockless bikes and electric scooters in U.S. cities can be tracked in stages. The first stage, for many, was annoyance. Who were these grown men and women on candy-colored bikes and teeny kick-scooters speeding down the streets and sidewalks, menacing walkers and leaving their rented toys all over the place? Especially in San Francisco, where this whimsical new mobility mode has taken off, scooters have come to represent yet another example of tech industry entitlement, another way for a startup to move fast and break stuff.

In response, many a Twitter urbanist has used this backlash to point out the relative danger and disruption of larger dockless vehicles:

The second stage is epiphany, when the reluctant first-time user—out of curiosity or journalistic responsibility—actually tries a dockless bike or e-scooter and realizes that they are not only a visual counterpoint to the bulk and terror of cars, but a delightful and crazily practical alternative to them.

That leads to stage three, if it comes: mass adoption.

Call them Little Vehicles—not just bikes and scooters, but e-bikes, velomobiles, motorized skateboards, unicycles, “hoverboards,” and other small, battery-powered low-speed not-a-cars. Nearly all of them look silly, but if cities take them seriously, they could be a really, really big deal. Little Vehicles could significantly erode private car and ride-hail use, and play a key role in helping cities achieve their as of now unattainable environmental and road safety goals.

Getting to mass adoption will require Little Vehicles for all seasons, for all sorts of trips, and for all types of people. Solutions to these obstacles exist, and many more will surely be dreamed up. The bigger challenge will be de-conditioning ourselves out of the belief that cars—whether privately owned or for hire—are the default mode of transportation in dense cities.

This, of course, has been the urbanist’s dream since the days of Jane Jacobs and the post-war car boom. What’s changed is the technology (improved battery life has made today’s crop of tiny e-boosted contraptions far more usable), the economics, and, perhaps, the political will for human-centered infrastructure. Often cheaper, faster, and more fun than a car, Little Vehicles could provide the critical mass that finally drives the automobile to its knees in America’s big cities.

Regular old bicycles, not just the colorful shared kind, are the OG LV, and to them all subsequent Little Vehicles should pay tribute. But the two elements that could make Little Vehicles a more viable mode for the masses—electrification and heterogeneity of vehicle designs—represent evolutionary changes to the long-static bike concept. Electric motors, recumbent or stand-up postures, and protective shells could eventually give just about everyone, not just the fit and fearless, the opportunity to discover the freedom, fun, and affordability that the urban cyclist sweats and swerves for.

“The electric scooters and electric bikes are going to get people to try these things, but then… they’re going to start finding these alternatives,” said Terenig Topjian founder of Have a Go, which aspires to be the Consumer Reports of LVs. The site divides these vehicles, all of which boast electric power, into three categories based on size, ranging from unicycles and motorized skateboards, to folding bikes and scooters, to enclosed velomobiles and featherweight cars.

This is so fascinating.  You intrepid folk are in for a non-bumpy ride! 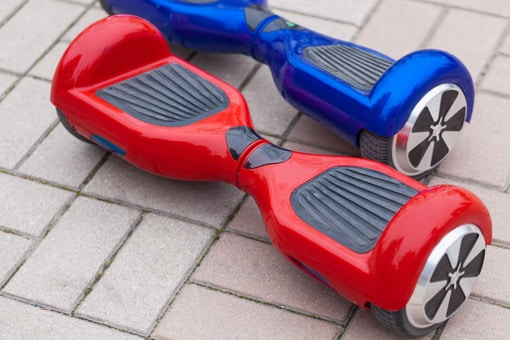