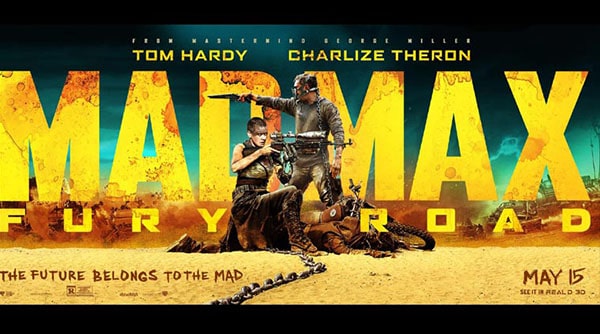 Why Movie Sequels Suck – And Remakes Too

Except for Mad Max Fury Road

And a small number of others.

Why Movie Sequels Suck – And Remakes Too

Let’s face it: Sequels suck! And yet the Hollywood studio system keeps churning them out year after dreadful year. Time and again, we independent filmmakers and the general public ask ourselves a very simple question: “Why?” Do the studio executives not see how badly these movies suck? Well, did GM, Ford and Chrysler not see how badly their cars of the 1970s and 1980s sucked? The answer to both of these questions is “of course they do.” The problem is that they just don’t care! Why? Because, just as the American public continued to buy American cars in the 70s, even the Vega and the Pinto, they still go to see sequels – even if they suck. Since I’m not one of those people, I can’t speak as to the mindset of those who’ve gone to see a Halloween XXII and Rocky 14 double feature, but I suppose that they have their reasons. Perhaps they just love to see Optimus Prime and friends blow shit up. Maybe they’re hoping that Michael Myers and his mommy will stop the bloodlust once their bodies are completely dismembered and sent to the nine corners of the universe, maybe they have a particularly insidious case of insomnia… But the bottom line is this: sucky sequels make buku bucks!

Show Me the Money

In the early days of making sequels, the prime reason for them sucking was pretty obvious – the original wasn’t written with the intent of there being a sequel. When they killed off Freddy, Michael or Chucky, it was supposed to be the end, but Hollywood greed changed things. One of the worst sequels I’ve ever encountered was Highlander 2. How bad was it? When they made Highlander 3, they pretended that there never really was a Highlander 2. The original (and awesome) Highlander script never called for Connor McLeod to ever have to face another immortal after the director called it a wrap. After all, the logline was “There can be only one” (and there really should’ve been only one). But dammit, why let a great story with an incredible ending get in the way of making a few sequels – never mind an entire TV series filled with dozens of immortals who were allegedly all dead at the end of the original movie. These days, of course, most movies are written with an open ending in the hopes of a sequel. I’m guilty of having done this myself; once with a post-apocalyptic thriller and once with a comedy about my mother-in-law’s death.

Since Sean Connery was such a draw in the first film, they had to bring his character (Ramirez) back for the second (to make money). Of course, since there could be “only one,” he had to die in Highlander 1. They wrote themselves into a corner and should have let it go and moved on to their next project. But of course, money mattered more than integrity. Another case where they bring back a character that is beloved in the original movie is the singing goat in Hoodwinked. He was an integral part in the original and one of the funniest roles, but there really was no place for him in Hoodwinked 2. So what did they do? Did they leave him out and wait for a possible return in another sequel? Nah, they just had him randomly appear and sing stupid songs; quite reminiscent of New York City’s “Naked Cowboy.” It was a sad demise of a great character.

The good news for fans of sequels is that today, particularly when it comes to live-action comic book stories, such as the X-men, the Avengers, etc., they announce sequels even before the original is even completed! At least that way, there won’t be that awkward moment of “oh shit, we blew up a beloved character; how do we bring him back?” The answer, generally, is “I know, I’ll just hire some half-ass half-wit writing hack who has no vision, no common sense and no emotional attachment to the original – and doesn’t actually understand anything about the original – to write a sequel that includes all of the formulaic bullshit that we studio geniuses think made the original so popular. After all, the original team told me very graphically how to show myself a lot of love when I asked them to make a sequel.”

Many great films, including Lord of the Rings, its prequel, The Hobbit, Back to the Future and  Return to Nuke ‘em High are all movies that were written with the subsequent films in mind. Of course, if your budget is a half-billion dollars (The Hobbit) or fifty bucks and a cheese sandwich (Return to Nuke ‘em High), you want to spread those box office receipts over as many pictures as you can!

It’s All About the Benjamins

Remakes do have their place in the entertainment realm – music is a great example. To prove that, we have to address a remake that didn’t suck: Battlestar Galactica. How great would the remake have been had Jimi never decided to teach Bob Dylan the proper way to perform “All Along the Watchtower?” Exactly!

Music, since we’re on the subject, is not exempt from falling into “sequel syndrome.” First, you will need to accept the premise that every album an artist makes after their debut album is a sequel. If their first album did well, the record company will gladly have them make a second, third, fourth… Did you ever notice that most artists’ best work is almost always on their first four albums? Most musical acts begin to start writing music for money once they learn what “fame” is like! Oftentimes they are pushed by the record label, which is only in it for the money. Yes, there are exceptions, such as Pink Floyd and the Beatles, but most musicians’ earliest work is their best; they also have more time to produce their earlier work, too, as they don’t have the high expectations of the music studio heads breathing down their necks like they do in their subsequent work.

Back to Hollywood’s Issues

We can also add in another element to the formula for movie sequel and remake disaster: nepotism. As a writer, I know that the odds of me making it in the studio system are seriously stacked in the House’s favor. While it’s true that an occasional stray wanders off the street into a Hollywood studio, the fact is that they rarely take in feral writers / directors / producers / any above-the-line talent. This keeps the talent pool of actually working writers pretty thin and most studios and producers will rarely – if ever – dip their toe in the deep end; they’ll just keep putting out safe, sucky, money-gobblers with the same ol’ out-of-touch “talent” as they used twenty years ago.

If a movie is going to make a good sequel, one very important element is to keep the people who care about the movie involved with the sequel. Look at Dawn of the Dead. George A. Romero made the sequels and they didn’t have a major drop-off in quality like most sequels. In fact, Night of the Living Dead may have been even better than the first in the series! Another example is Guardians of the Galaxy. James Gunn outdid himself with the sequel and one of the reasons why is that he didn’t stick to a formula. Let’s face it, Groot was a scene-stealer in the first one, but they killed him off at the end, giving rise to the role of Baby Groot. Baby Groot, as it turned out, was even more of a scene stealer in II than his older self was in the original. Giving Drax a sense of humor was another great idea. The point is that they didn’t stick to a formula (okay, the unrequited love between Starlord and Gamora remained, but this time it was addressed). So yes, it is possible to make a good sequel.

But what about Remakes?

Do you know what else makes for a big bottom line? Remakes. Speaking of big bottoms, aren’t you glad nobody ever messed with that classic movie “This is Spinal Tap?” Mad Max is an exception to this rule and there is good reason why. Rather than going out and hiring another no-talent hack to rewrite one of the action genre’s all-time greats, Warner Brothers had the brilliant idea to have George Miller write and direct Fury Road, just as he did Mad Max and The Road Warrior. We’re now going to pretend that Beyond Thunderdome never existed… because it didn’t. Shut up. I don’t hear you, It never existed.

Now, don’t get me wrong; there are sucky non-sequels like John Carter and Pluto Nash and … okay, about a million more, but those two are arguably the Vega and the Pinto of studio films (with Plan 9 from Outer Space being the Pacer).

The problem with studios is systemic. Just as the “Big 3” carmakers said when they were pumping out 4-ton caddies and Lincolns and New Yorkers while people were quietly buying Datsuns, Subarus and Toyotas, the studios feel “this is how it has always been done and this is how it will always be done.” That line makes me recall my first computer teacher saying the same thing about punch cards (and they were gone within the year). Until the “Big 5” change their way of thinking (and they’re not), we will all be inundated with sucky sequels and remakes. Time for me to start filling out unemployment papers, after this article makes the rounds…