Solo: A Star Wars Story – Harrison Ford and Critics Open up and Opine!

I, for one, am super excited about sitting back and enjoying yet another Star Wars film.  I have been happy to travel to a galaxy far, far away…

With a somewhat troubled history filled with directorial changes and months of reshooting, the highly anticipated Star Wars prequel made its big debut on Thursday in Los Angeles. Film enthusiasts and actors alike were quick to turn to the Internet to share their reactions.

ENews’, Simon Thompson, said he was, “REALLY worried about #SoloAStarWarsStory but those concerns are totally laid to rest,” he continued, “From a worry to a favorite. Very very happy!”

Of course, there was much buzz about Donald Glover’s appearance. Author, Jenna Busch, explains, “Donald Glover stole the movie! But you already knew that.”

Overall, the reaction is a positive one.

The only downside? Some folks reviewed the film as having a slow start.

Mike Ryan, a senior entertainment writer for UPROXX explains, “It does take a bit to get used to Alden as Han, but after 30 minutes or so your brain adjusts. (Also I’ve now finally seen Clint Howard in a Star Wars movie.)”

Perhaps, the most noteworthy review came from the one and only, Harrison Ford. The actor responsible for bringing Han Solo to life in the original Star Wars trilogy did not attend Thursday’s Hollywood premiere. He did, however, praise the film explaining, “I thought it was spectacular”.  Laconic but to the point!

A happy Harrison Ford should serve as an indication and confirmation that Solo will be a true cinematic hit.

Chew on that!  We’ll be back soon with more thoughts about the upcoming films!

You’re not alone!  The critics have spoken!

Adam Holmes has compiled some of their thoughts.  Read on!

It’s only been five months since Star Wars: The Last Jedi was released, but we already have a new movie set in a galaxy far, far away to tide us over for the summer theatrical season. Like 2016’s Rogue One, Solo: A Star Wars Story is a standalone adventure chronicling Han Solo trying to establish his reputation as a smuggler a decade before the events of A New Hope. Solo dealt with a troubled production, as directors Phil Lord and Chris Miller departed during principal photography due to creative differences, and Ron Howard was brought aboard as their replacement. But the final product is only a few weeks away from hitting theaters, and reviews are now in that seem to shine a more mixed light on the latest Star Wars movie compared to its immediate predecessors.

Starting off, CinemaBlend’s own Eric Eisenberg gave Solo: A Star Wars Story three out of five stars, saying in his review that while the movie is better than any of the entries from the prequel trilogy, it still turned out to be a mixed bag that had an uneven narrative and a lack of proper stakes.

Solo: A Star Wars Story is a ricocheting experience of highs and lows, and the end result doesn’t inspire any real extreme reaction — as hard as that might be to grasp in the world of modern blockbuster filmmaking.

Collider‘s Matt Goldberg also wasn’t enamored with Solo: A Star Wars Story. Giving it a C grade, he declared that most of Solo’s new characters don’t leave much of an impression, and in the end, the movie just feels like another Star Wars movie rather than something exceptional.

Solo is technically a Star Wars movie, but it’s one that has set pieces in place of a personality. It’s a film whose base level is ‘fine’. Despite some unique cinematography, Ron Howard’s direction is staid, solid, and completely without personality.

But some reviewers were more positive towards Solo: A Star Wars Story. Brian Truitt from USA Today felt that Solo did actually do enough to distinguish itself from other Star Wars movies and is actually more successful than Rogue One, hence why it deserved three out of four stars.

While Solo is a Star Wars movie that gambles on not really being a ‘Star Wars movie,’ it’s a winning chapter that only sparingly (though intriguingly) shows its hand in connecting to the bigger universe.

However, The Wrap‘s Alonso Duralde wasn’t as kind towards Solo: A Star Wars Story, saying that it might be the “least epic” Star Wars movie to date and doesn’t tell us anything about these familiar characters that we didn’t already learn from the original trilogy.

As an intergalactic adventure, it’s mostly adequate, with some very successful elements, but if you stripped the Star Wars names and places, it’s doubtful that it would spawn much excitement, let alone sequels.

EW‘s Chris Nashawaty was right in the middle with Solo: A Star Wars Story, awarding it a solid B and noting that those who are looking for a “slightly fuller and more rounded understanding” of Han Solo, then you’ll be pleased.

It’s the very definition of ‘solid’ and ‘competent.’ Nothing more, nothing less.

Finally, Andrew Barker from Variety stated that Solo: A Star Wars Story boasts impressive visuals and a satisfying performance from Alden Ehrenreich, though the movie doesn’t take quite enough risks.

Though burdened with a slow start and enough thirsty fan-service to power Comic-Con’s Hall H for a decade, it has a kicky, kinetic heist movie at its heart, and its action sequences are machine-tooled spectacles of the first order.

These are just a sampling of the reviews out there, but overall, it looks like that while Solo: A Star Wars Story isn’t a bad movie by any means and has numerous enjoyable moments, it doesn’t quite measure up to the other Star Wars movies that have been released so far under Disney. While Solo is predicted to make a killing at the box office, we have yet to learn if Lucasfilm will move forward with more Han-centric movies or if this will remain a one-off tale that gives us a little insight into the character’s life long before he joined the Rebellion. The critical actions during it will presumably help the studio decide one way or the other.

You can judge Solo: A Star Wars Story for yourself when it’s released on May 25.

Solo: A Star Wars Story – Harrison Ford and Critics Open up and Opine! 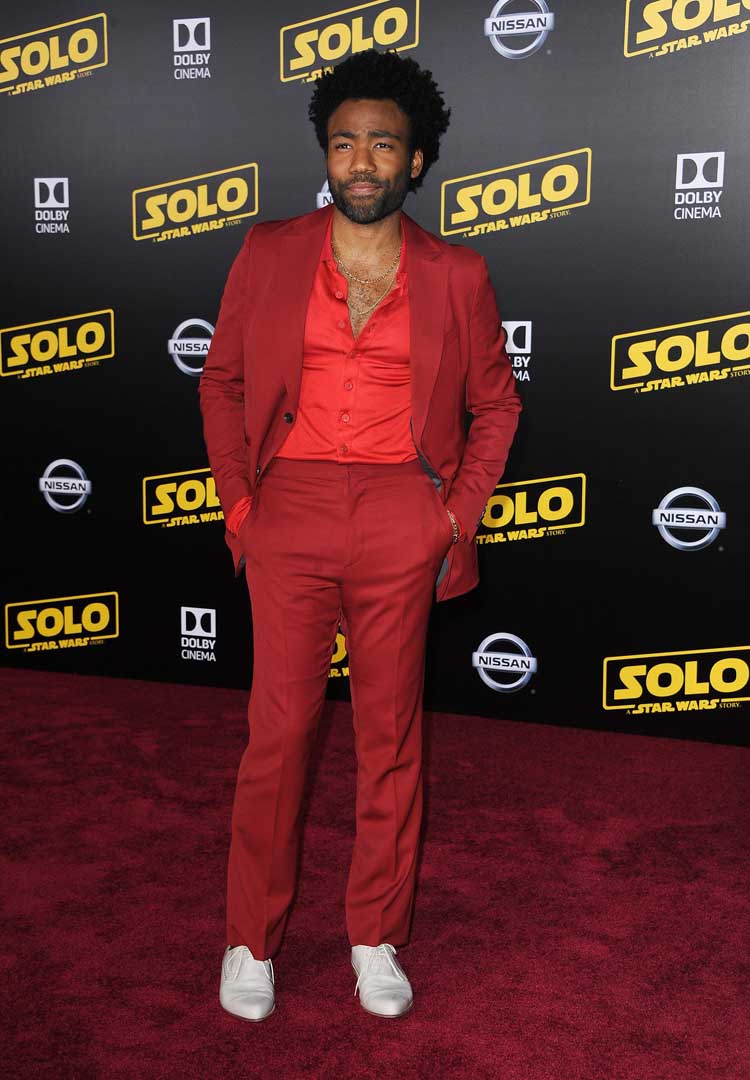