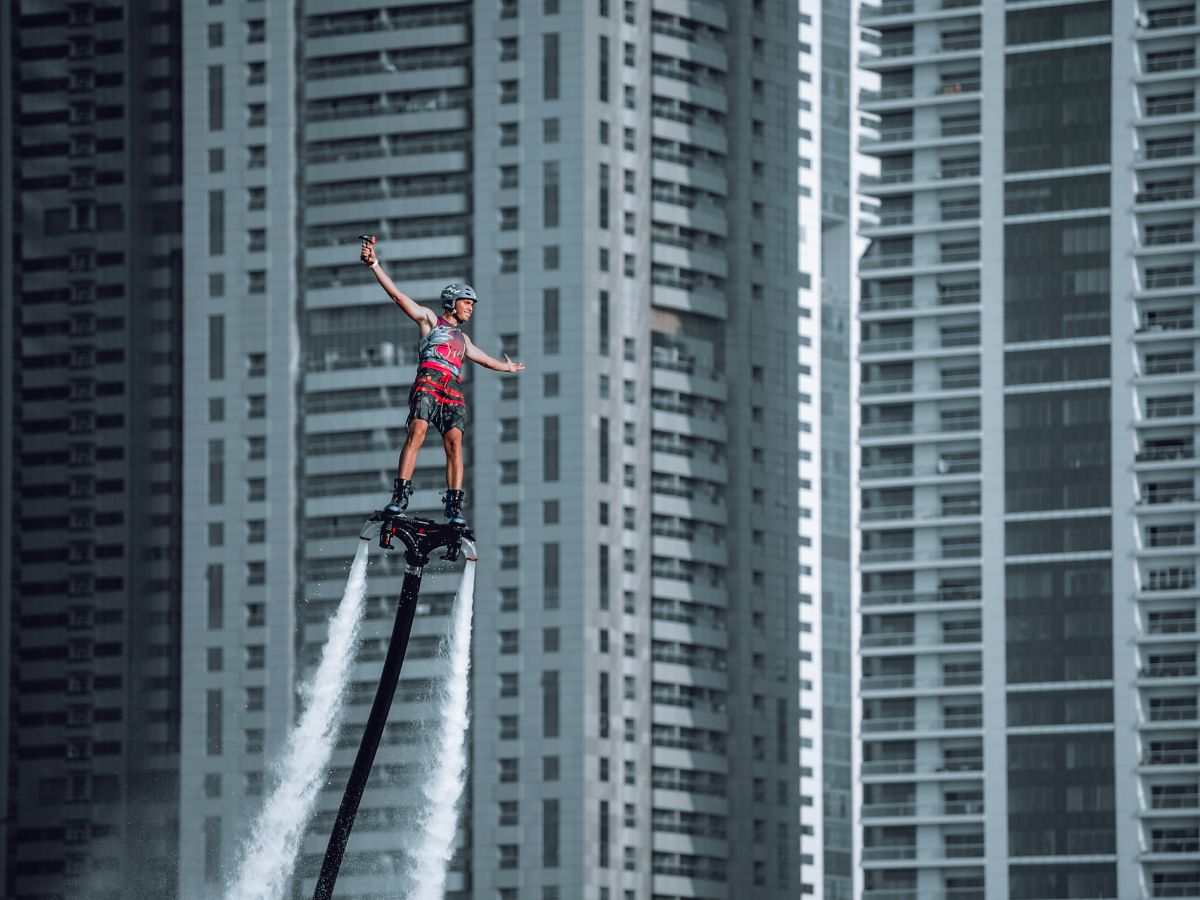 As a child, many of us wished we could fly like Iron Man. Among them is former MythBusters co-host Adam Savage.

During the Flyboard World CUP 2016 in Naples, Florida, ZR demonstrated the first Flyboard Air by ZR.

Richard Browning, a British inventor, established a new record for the quickest flight in a body-controlled jet engine-powered suit in 2017. He flew over the water of Lagoona Park in Reading, UK, at over 32 mph in a jet suit that looked like Iron Man’s.

Savage hired a team from the science-focused Colorado School of Mines to build him an Iron Man suit made mostly of 3D-printed titanium for his new eight-part series, Savage Builds, which is all about extreme engineering. The plan was to power it with a jetpack from Gravity Industries, which was run by Richard Browning, a friend of Savage’s from the UK. The exoskeleton is powered by five 1,000-horsepower mini jet engines that are strapped to the body.