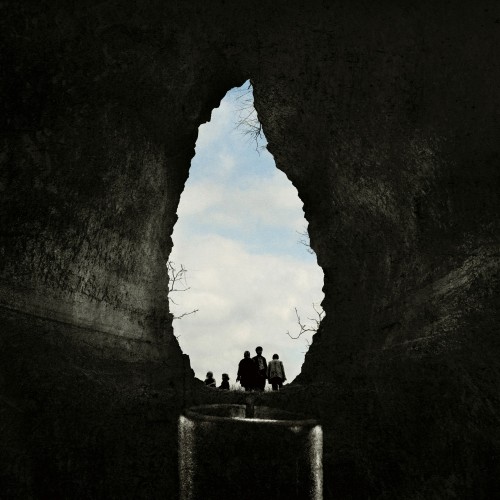 The terrible experience of the Holocaust has been well treated in both fictional and documentary film. Viewers have been taken from the ghettos, to the camps and to the mass graves of dark woods, but they have yet to see the beautiful life saving caves of the Ukraine. “No Place on Earth”, directed by Janet Tobias, is an interesting documentary film that, despite some flaws, tells a fascinating and different Holocaust tale.

“No Place on Earth” tells the tale of the Stermers, a Jewish Ukrainian family that tried to survive World War II and the Holocaust by hiding in various naturally formed Ukrainian caves. The film develops by cutting between interviews with surviving family members and dramatic re-enactments of the events that they describe. The film follows the Stermers and their struggles against the Nazis, fellow Ukrainians, the elements and even themselves. The tale is certainly an interesting one as with its more unique and different take on the Holocaust experience it is very likely to engage viewers and teach them something new.

The Documentary aspect of the film focuses mostly on interviews with members of the Stermer family and does not go much further. While I understand that the film should rightly be focused on the Stermer family, as it is their testimony which provides the tale, it would have been nice to get interviews with other survivors of the event if possible. However given the advanced age of most of the surviving Stermers, who were themselves very young at the time of the film’s events, it is understandable that other interview subjects may not be available or hard to find. Even without other people to interview the film could have benefited from a slightly wider scope. The film often mentions many other Jewish people living in the same caves as the Stermers but we learn very little about them. To better understand what living in those caves was like it would have been nice to hear the Stermer’s talk in greater detail about some of the other Jewish people in the cave. This aspect of the tale is very important because as it is briefly alluded to in the film, when food got scarce the interaction between the families became very confrontational. This would have been a important opportunity to capture an extreme situation that would likely raise many interesting questions and concerns with viewers, and it is a shame that it was neglected. 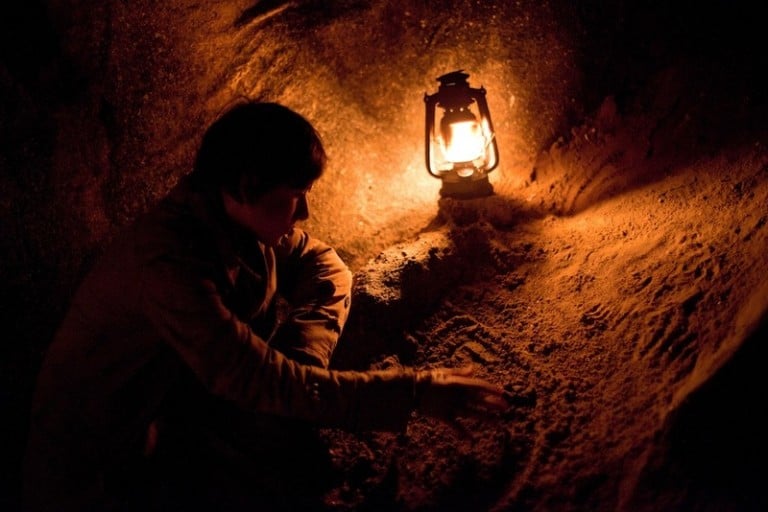 Better to go under the Earth living than dead. The Stermer family plunges into the cold dark of the Earth for safety.

Also, while the film does a good job of covering the story of the family and their struggles from the beginning to the end of the war, the ending of their tale comes rather abruptly. The film shows the survivors’ eventual extended families but a little information about the families experiences during and after the end of the war would have been nice.

The dramatic re-enactments of the events that the Stermers describe are themselves well done and very engaging. The re-enactments use good lighting, acting, locations and music to create a very cinematic experience that moves the film forward at a quick and fluid pace. In one or two scenes the re-enactments actually create a great sense of drama and emotion that greatly compliments the testimony of the Stermers. The other great thing about the re-enactments is that they don’t distance themselves too much from the documentary nature of the film, as a voice of one of the interview subjects is often speaking concurrent to or in between scenes and there isn’t too much dialogue in the re-enactments themselves.

Dramatic re-enactments have now and then been a source of controversy when placed in documentary film. There are those who sometimes think that re-enactments can adversely influence the narrative of a documentary or detract from its substance. While certainly there are some documentaries that should not use re-enactments, “No Place on Earth” is not one of those. The re-enactments are essential to the Stermer’s story because they help to capture the unique nature of their experience by shooting in caves similar to the ones that the family survived in. By seeing the dank and dark of those caves the viewer can understand exactly how strange and difficult life was for the Stermers, but also how much of a blessing their experience was compared to the world that awaited above.