Courtesy of A24 Films 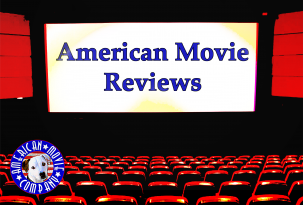 Sofia Coppola’s new film The Bling Ring is a fascinating piece of filmmaking that is distinctly “a Sofia Coppola film”. Everything from the celebrity obsession theme to the fantastic pop song soundtrack let you know that you’re watching one of her films. The Bling Ring follows a group of teenagers from Calabasas who go around Southern California robbing celebrities’ homes. It is completely true and happened only four years ago.

With The Bling Ring, Coppola decides to step back from the action and not take a strong stance on the teens. She doesn’t seem to condemn them or condone their actions. What she does do is present them in an entirely unlikable and satirical fashion, indicating that she is poking fun at them.

The unlikability of the characters is what made this movie for me, but will be what turns many off of it. I love unlikable characters. Time and again, I have professed my love for Noah Baumbach’s films, notorious for containing characters that are so disturbed or mean that they don’t change by their respective film’s ends. These fatally flawed humans are fascinating to me and my dislike toward them makes the movie more interesting. What caused these people to be the way they are? And, on a different note, why do we always have to like characters in movies? It is far more realistic.

People in the world are not all likable and it is refreshing to see a movie that recognizes this. These people are usually more complex and thus, more compelling to watch. The characters in The Bling Ring are a bunch of teens that drink, abuse drugs, steal, and don’t have any second thoughts about it. This is literally what they do the entire movie. Coppola uses them to show how celebrity-obsessed, bored, and spoiled American teenagers are. These characters are not three-dimensional. They may be incapable of being three-dimensional because of their shallowness. Coppola made me loathe them by the end of her film, making me very happy.

The characters would not be as unlikable as they are without the superb work of the enormously talented young cast of actors including Katie Chang, Emma Watson, Israel Broussard, Claire Julien, and Taissa Farmiga. Each one of these actors captures their character’s corrupted personalities perfectly. Katie Chang and Emma Watson were especially unlikable, and thus, effective. They never demand any sympathy and are completely committed to making the audience despise them. They exude the nastiness and selfishness.

While many may accuse Coppola of taking too straightforward an approach to the film, it is this straightforward approach that allows us to think about what is happening on screen. Had she put a massive slant on the film or taken a strong stance on the story, the lasting, bitter taste that this movie leaves would have been lessened and we would have known exactly how to think and what to make of the events that took place on screen. The straightforward storytelling allows us to take everything at face value and look the corruption of these teens straight in the face. Coppola’s passion for this film is obvious, as she seems to be having fun directing her energetic actors, poking fun at the real burglars, and creating visually unique scenes.

The Bling Ring is a perfectly insane story that could have been sensationalized for entertainment value, but Coppola is above that. This is a minimalist, not sensationalist film. The colors are washed-out and faded like her bored characters and there is no flashy editing, even in night club scenes. The cinematography is stunning, but not showy, and the pop soundtrack only adds to the artificiality of the world shown here. In this world, no one is honest and everyone is bored. While the pop music is energetic, the simplicity of the images undercuts the energy provided by the music, creating an emotionally flat atmosphere that complements the characters perfectly and helps the audience get into their mindset. The Bling Ring falls somewhere between journalistic account and stylized too-crazy-to-be-true story.

While nearly everything about The Bling Ring is excellent, the screenplay, while interesting and providing some really clever dialogue and situations for the characters, has some moments where the voice-over explicitly states the point that Coppola is trying to make, insulting the audience’s intelligence and lessening the impact of the story. She is a good enough visual filmmaker to be able to show her point without telling it. These moments are overkill, but are nowhere near enough to derail the movie.

Overall, The Bling Ring is a really solid piece of filmmaking from an incredibly talented director whose unique vision and sensibilities turn her movies into love-it-or-hate-it affairs that either way are good conversation-starters. This is going to be a film that many will love and an equal number will hate. I really liked The Bling Ring. While not an incredible film like Coppola’s 2003 Oscar-winnerLost in Translation, it is certainly one worth seeking out if only to talk about it afterward.