Using The Interrotron For Speech Coaching 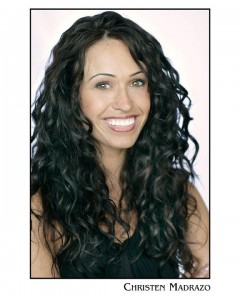 I’ll admit it.  The first time I heard the word “Interrotron,” my mind conjured up images of a 21st century laser torture device in a re-imagined Spanish Inquisition.

Once I discovered its true meaning, however, I realized immediately that my day-to-day routine might never be the same.

I’m an executive speech coach—that is, my job is to train executives, attorneys, diplomats and other high-level clients in the arts of effective public speaking.  Historically, that has involved working with individuals as they prepare to give a major address before a shareholder meeting, a trial, or a governmental entity.  More and more, however, these clients are being asked to conduct personal interviews for television or webcast.

This presents a whole new myriad of challenges for me.  Where I used to focus on the speaker making eye contact with an entire auditorium, for example, I now have to train them to hold that eye contact with an interviewer.  And while it is true that most of our clients are used to being interviewed time and time again, what they’re not accustomed to is having the interviewer sit in another room, completely out of their sight.  (This is the case on many, if not most, professional interview shoots, where the director/interviewer is out of necessity in a wholly different area than the interviewee.)  Consequently, the client finds himself in an unfamiliar, and frankly uncomfortable environment, answering questions of a disembodied voice in another room and being asked to look into the camera as if they’re looking into the interviewer’s eyes.  Believe me, many professional actors can’t master this trick—so how on earth is a CEO expected to do it?  It’s been a real issue over the past several years.

Until now, that is.  Acclaimed documentary filmmaker Errol Morris has invented the perfect work-around to this problem—the Interrotron.  The Interrotron is a system based around the use of two (rather than the standard one) teleprompters.  These prompters are joined with live video feeds, replacing the typical scrolling text one might be familiar with from news programs.  This dual-directional video feed allows the interviewee to actually see the face of the interviewer, regardless of where he or she may be on the set.

Hopefully, you can see where this leads—for the first time, the subject of the interview has an actual human being to respond to, rather than having to “fake it” and pretend they can see the person asking the questions.  This results in far easier interview shoots—and, more importantly, much more honest and authentic responses from the client.  And if you’re me, far less time spent teaching that person how to “act” and far more time spent focused on the importance of their message and how best to convey it.

The Interrotron system is complex, and requires skilled professional operators to make it function at its best.  Additionally, the demand for the system far outpaces its availability.  Fortunately, Interrotron is ready for your shoot in New York, Los Angeles and beyond, thanks to the American Movie Company.  They have trained operators on staff and an inventory of all of the necessary equipment for rental, and can be on-site to make your interview or commercial shoot the best it can be.  Be sure to check out the following sites: