For booking information email us at  [email protected]

Studios 5 and 6 are equipped with 30 tons of silent HVAC to keep your crew and clients cool in the heat of summer and toasty warm in the dead of winter.

The stage is located in a large facility with ample space for your production. The two stages can be rented independently or in tandem for simultaneous multiple setups. Both stages have separate entrances and are sound isolated from each other.

Studio 5/6 is one large private studio that you will have exclusive access to for your shoot.  No sharing with other productions. You are welcome to pull your vehicle onto our loading dock, and, upon request, park in our parking lot.  There is also free street parking available on our block!  Oh, and the parking lot is perfect for shooting outdoors in a controlled environment. 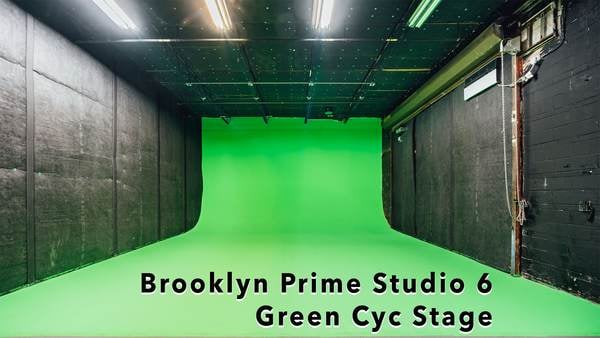 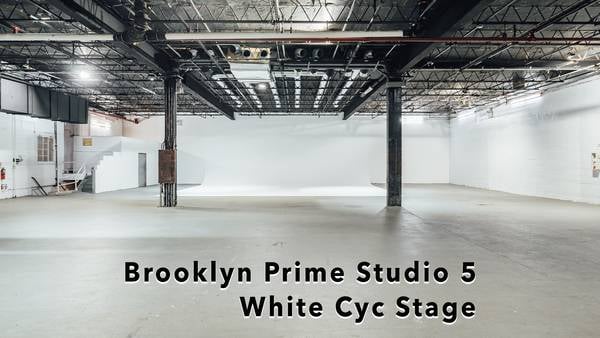 If you are producing a feature film, pilot, or a television series, you may be eligible for a fully refundable base line credit of 30 percent of qualifying production costs incurred in New York State. Brooklyn Prime is a Qualified Production Facility (QPF), participating in the New York State Film Production Tax Credit Program. All of our Brooklyn Prime Sound Stages qualify for the tax credit. We’ll be happy to discuss the process with you.

Studio 5 is a 7,200 sq ft space with a 35’x 25’6” one wall cyclorama. it is complete with a full lighting grid inside a sound insulated shooting area.  The options are limitless for this space!  There is  a water hook-up available in the space. No need to run a hose from across the street!

The cyc can be painted for Green Screen or your choice of color.  Simply provide us with a color sample! The stage has 900amps of electricity delivered through Cam-Lok drops with an additional 1200 amps available in the basement. 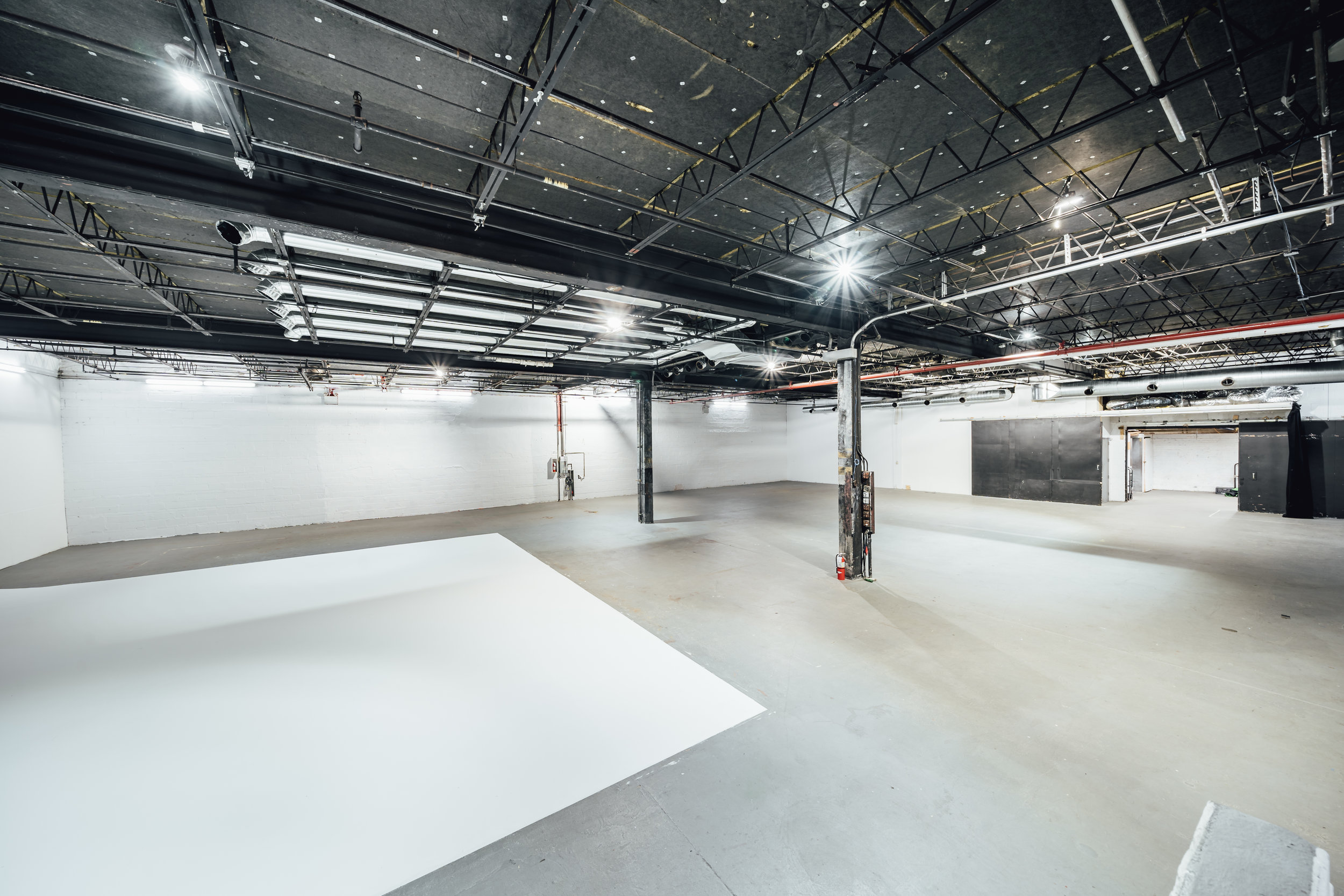 Of course, Studios 5 and 6 are right next to each other and can be booked in tandem! 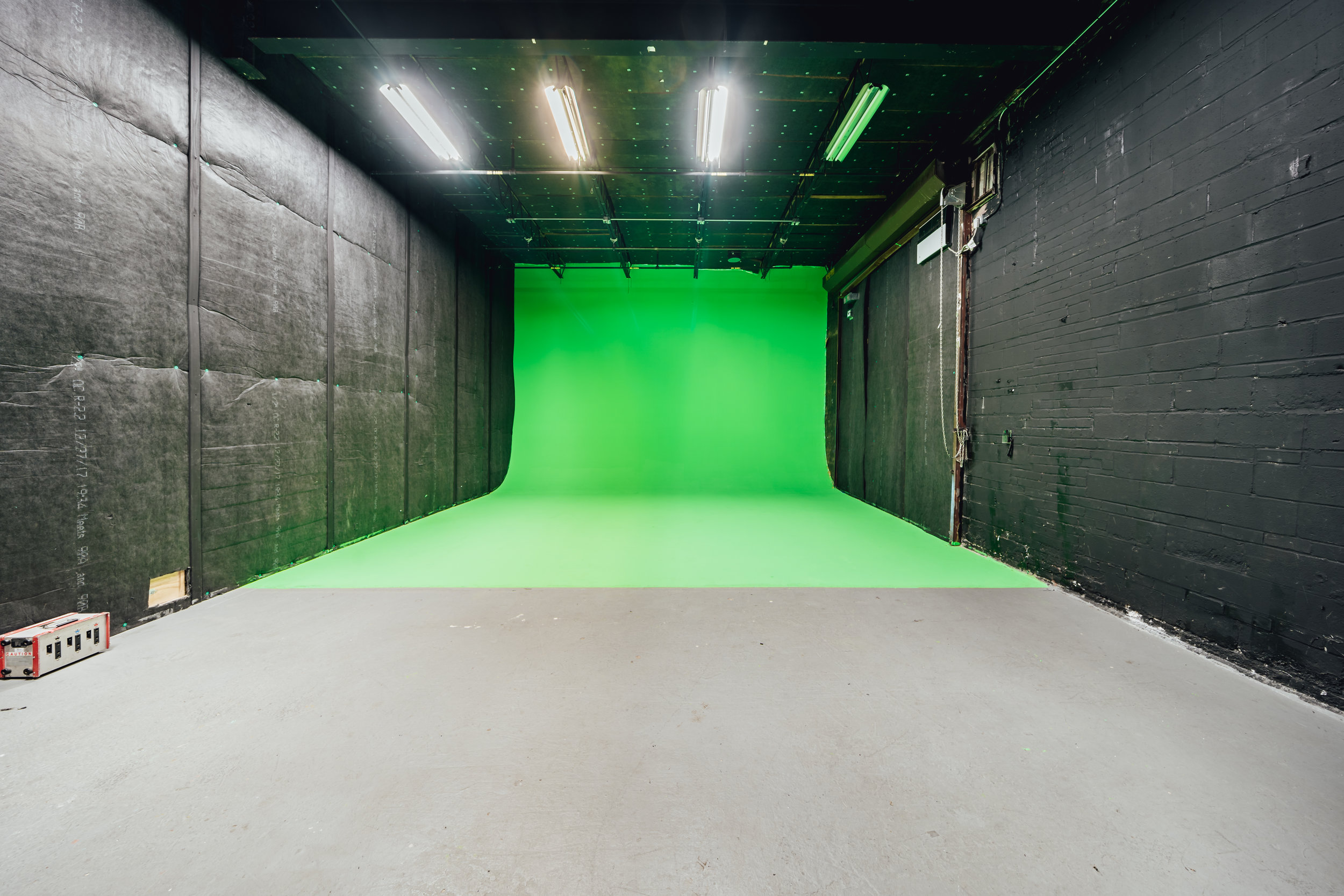 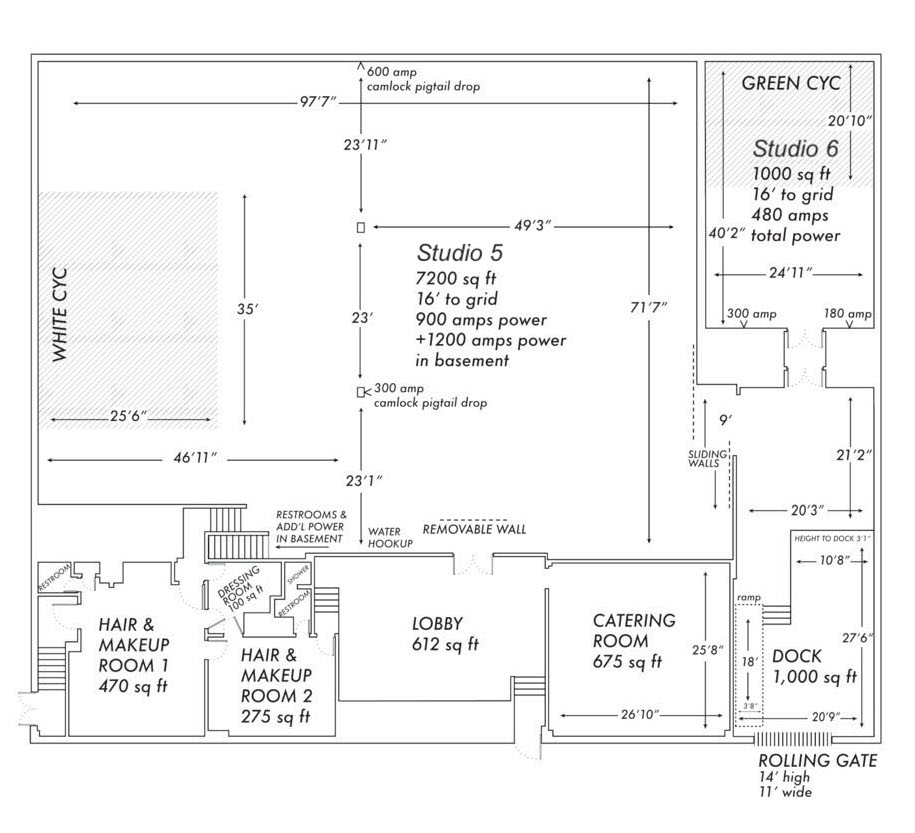 Fully Equipped with Hair and Makeup Stations and Private Bathrooms. 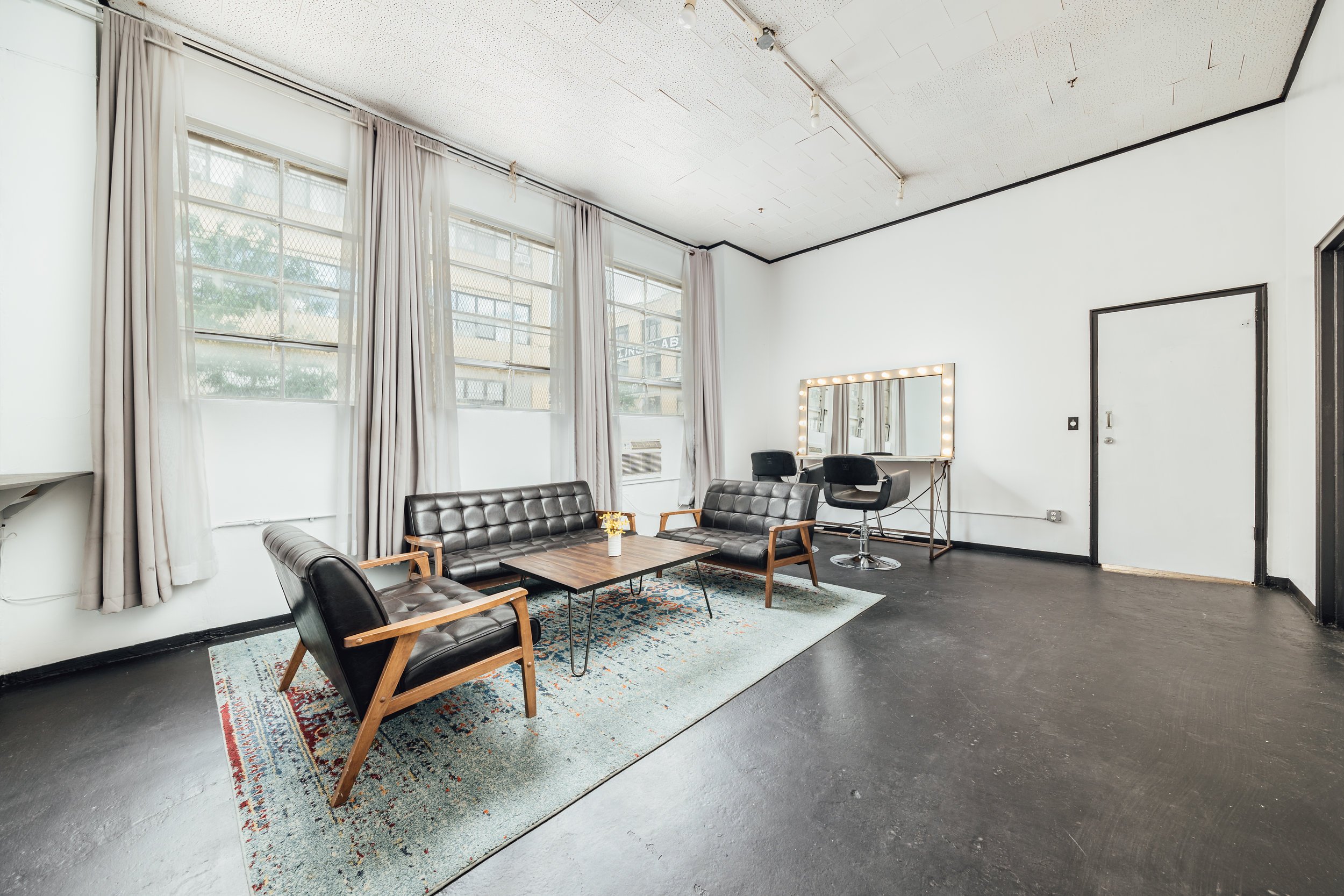 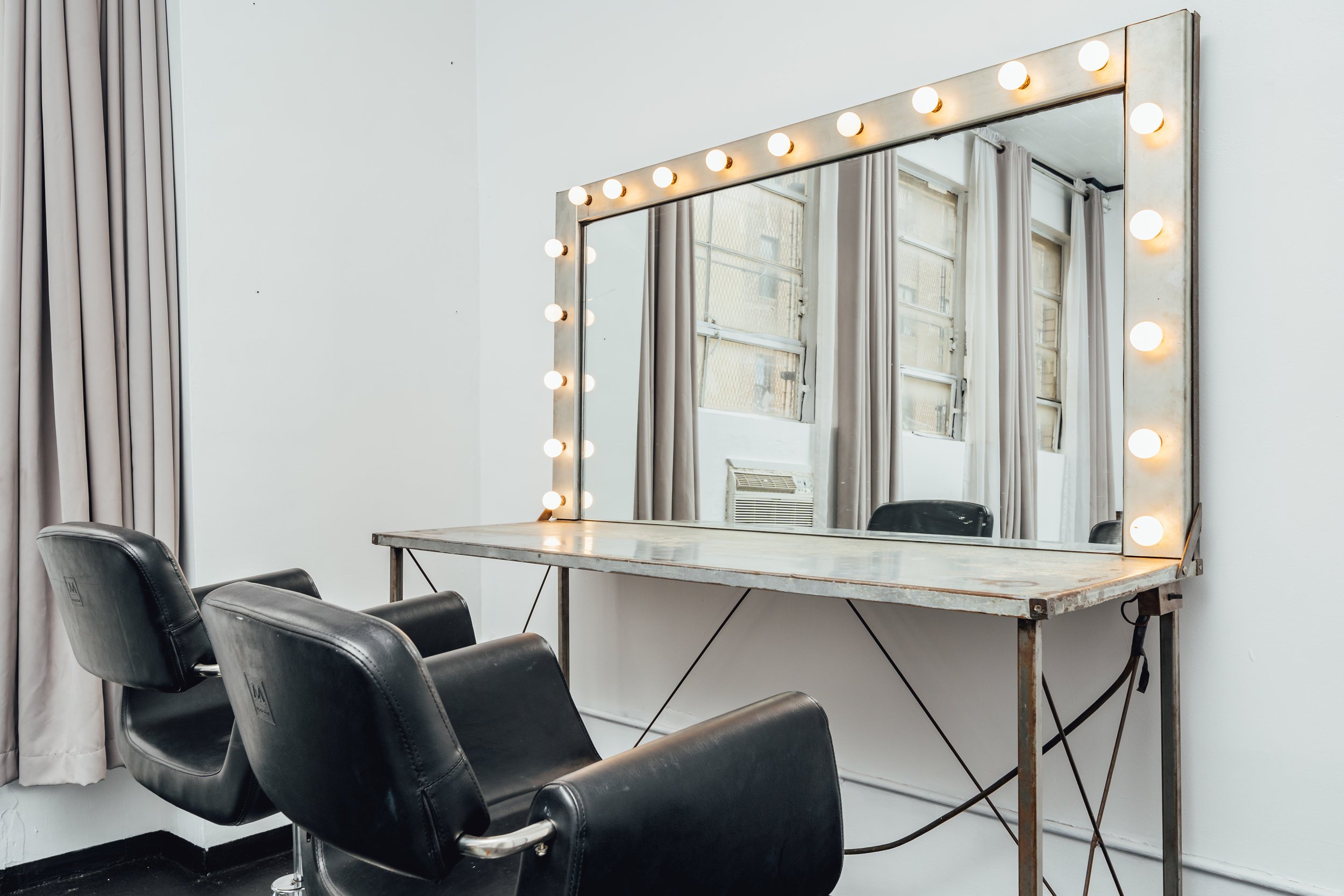 Cozy sound isolated green rooms. Designed to be a refuge from set for your VIP talent, your clients, or can be a functional work space for your production team.

It has blazing fast 150/150mb Fios Internet to keep you connected, and powerful AC and heat for crew and client comfort. 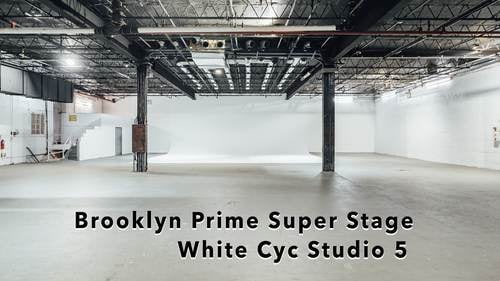 Check Out Our Other Brooklyn Prime Stages 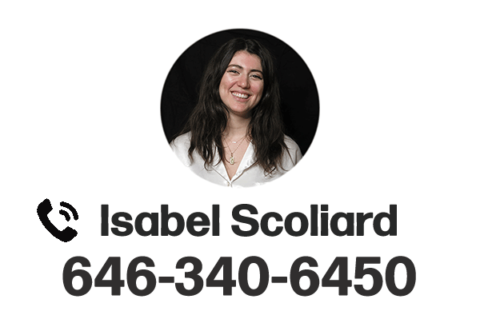 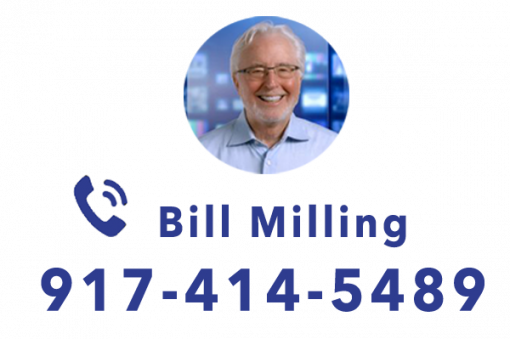