Make Up for Drag Race 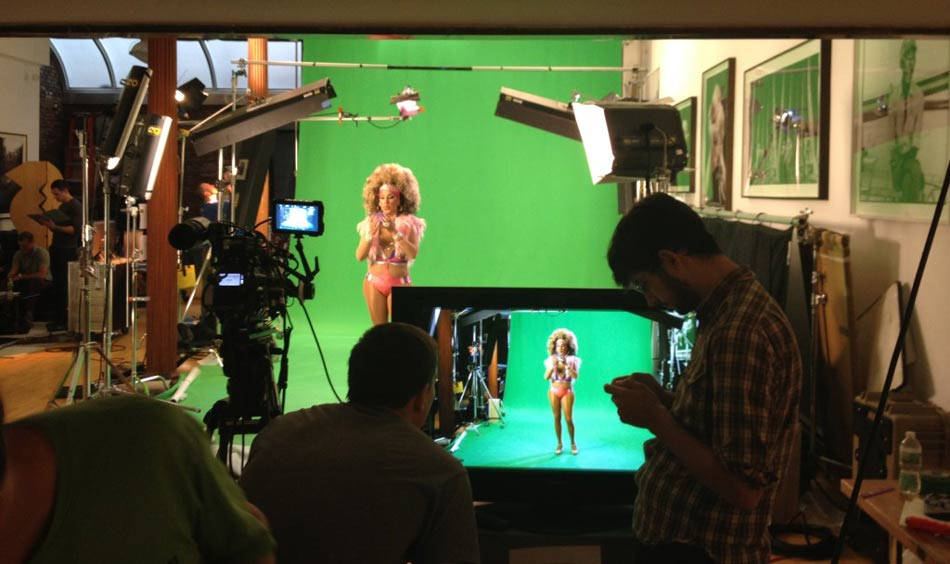 Last week we had a spectacular drag queen shoot here in the studio. The makeup challenges were almost overwhelming.

With at least fifteen different costume changes, came different make-up looks spanning from the late 70’s to today, each look had to be different than the last.

All great looks says Rosemary Ponzo who was the make-up artist and nail person on set.

Ponzo also applied Make-up touches to the talent, since each had their own special look that they designed for Rupaul’s Drag Race Show on VH1

The  Drag Queens had to have special nails applied to their fingers using crystals that were shaped to fit each finger. This was the challenge, the Drag Queens insisted on “crazy glue” which I thought was scary, but it looked amazing. “You can learn so much on Make-Up application from Drag Queens” said Rose’s lovely assistant who was a great help as we kept our cool and worked very fast to get all the talent on set and ready against the  Green screen backdrop. These commercials will air on Superbowl Sunday, celebrating Absolute Vodka’s 30 years in business.

“It was one of the most colorful shoots I have worked on says Ponzo”. Every  Drag Queen had their own supply of make-up and wigs, plus all the make-up  Ponzo supplied for the touch-ups and nail equipment.

Applying the HD powder over the Drag Queen’s make-up designs’ gave the look of a smooth and very polished finish, for the HD lighting and GreenScreen background.