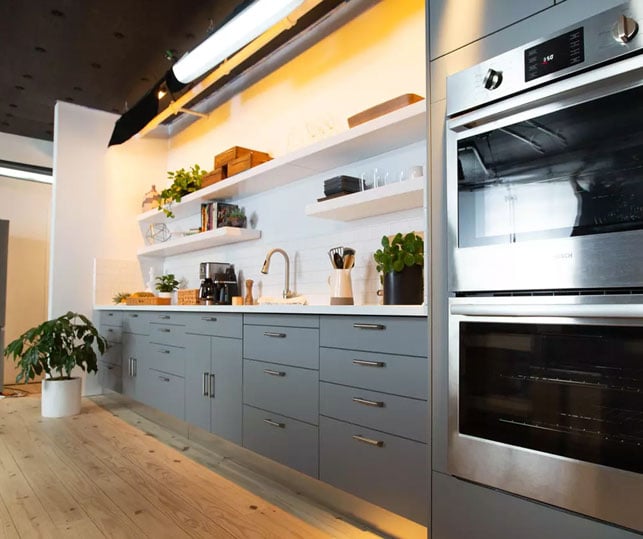 Cooking shows today are the equivalent of talk shows in the early 2000s. On television, you’re bound to see at least one. It could be a rerun of Diners, Drive-ins, and Dives, in which Guy Fieri eats at a deep-Texas restaurant, or the most recent episode of a cooking or baking competition.

Science Daily investigated how the brain recognizes vision and discovered that vision takes up more than a third of our brain. As an outcome, when we see someone cooking on screen, our brains can imagine what it tastes like. These visual cues allow us to feel as if we are a part of the experience without having to actually try the food.

Baking has always had a character: bright aprons, sprinkles, and animal-shaped sweet treats. Color plays a significant role in this perception. According to this mode of philosophy, people perceive different meanings in different colors.

For example, we associate yellow with joy. The color scheme on TGBBS is blue and teal, which are both perceived as calming. People associate blue with sincerity and inspiration, whereas teal combines blue’s serenity with green’s optimism. It’s no surprise that people can’t take their eyes off TGBBS: the set is telling them to unwind.

Why do people become hypnotized by egg-whisking and burger-flipping whenever a culinary show is on? Science and psychology, it turns out, have a lot more to do with it than you’d think.

Cooking has long had a presence in entertainment. Culinary shows, however, had an educational purpose from the 1940s to the 1950s. In the 1950s, for example, television was used to provide simple cooking instructions to housewives. In the 1960s, Julia Child’s show The French Chef saw her cooking recipes that were difficult to replicate.

According to research, this increase in popularity has a lot to do with how humans can stimulate multi-sensory experiences by using visual cues. We’ve seen an abundance of popular media on the topic as cooking and food have become symbols of entertainment. Food videos have made their way onto a variety of platforms, including social media, including cooking shows on television. Food culture is prevalent in today’s entertainment. Cooking shows on television continue to be popular, with color psychology explaining why many people enjoy them. New types of online cooking and food media are beginning to challenge TV cooking shows, and it will be interesting to see where this genre goes next.