What does a Producer Do?

What’s up with all these producers I keep meeting?

What does a producer actually do?

Lots of parties this holiday season, many industry get-togethers perfect for networking fun. Now, we work in the film industry, which ropes in almost everything dealing with entertainment. So who do you meet at these media gatherings? Well, you meet everyone, but mostly you meet producers.

This is why I’m writing this blog.  It  seems like everyone is a producer.

But what do they actually do?

Producers are extremely important within film and television, but there’s a lot of confusion about what they actually do and at what stage.

Watch this video because it provides a nice explanation of what a producer’s role is in general. I think it clarifies the titles we see often on the crawl credits, such as “Executive Producer” or “Line Producer” or “Associate Producer”.

Here’s an excerpt from an article in The Chicago Tribune by writer Nina Metz.  She breaks down the basic specific task that a film producer takes on.

If you’re looking to take a chance on it and becoming a producer. this next video offers advice from top producers on what to do if you’re just starting out.

What does a producer do?

As you might already know there are various stages to film production, and the producer is involved in pretty much all of those. This post from No Film School really breaks down the process  from development to distribution.

At this moment, a producer tries to keep a film or TV show on or under budget. You don’t want anything endangering it going into production, so you’ll negotiate with agents, find actors who might work for less than their usual rate and keep the project rolling so that nothing stops it.

Once your property is filming, the producer manages egos and expectations on set. There are lots of stories about tumultuous problems on set, from needing script doctors to directors freaking out, or being fired.  The producer has to handle all this and more.

While in post, the producer helps the editors by watching cuts and providing notes. They also speak with the other producers and talent about ideas for reshoots and even new scenes that need to be written. They also try to keep it on budget with VFX and other elements.

A producer’s job is never done. Even when the show is on the air or the movie is in theaters, the producer keeps an eye on the numbers. They make sure the marketing team is doing everything correctly and that the talent is happy with the public’s acceptance of the film. They also monitor meltdowns and now, with social media, reactions in real-time.

So, that’s why I keep meeting so many producers at holiday parties.  They have been hustling to put things together all through the year and they need some time to have fun.

At American Movie Company you’ll find the best production team to get your project done. Consider us next time you need a crew  that can exceed your expectations. Check out our Film Production page! We have crew, equipment, studios, teleprompters and an excellent group of producers, production coordinators and post production experts.

What does a Producer Do? 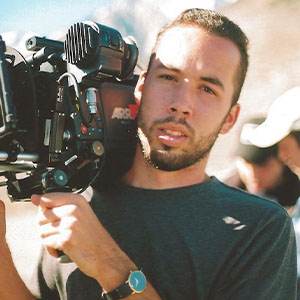