The Best New Movie Trailers For 2021

Watch Trailers For The 3 Most Exciting Movies Coming Up This New Year.

Aside from being some highly anticipated films, the following top 3 movies also feature strong and valiant women as their leads. This doesn’t need to be re-stated, but I’m here for movies of all genres featuring women in complex roles. For a long while the industry has taken women characters, simplified and in many cases objectified them, all for odd reasons dealing with the patriarchy. Look, I’m not the right history buff to dissect how the film industry came to be so dominated by men, however, I believe it has something to do with lack of equitable human rights for half the world’s population.

Movies are an art form, and you know what they say: “ Art imitates life“.  There’s no art medium that exemplifies this  concept as well as motion pictures. Movies also do a great job at reflecting a society’s views and ideals. Additionally, movies impart knowledge to those who are reached by their message. This is a powerful and influential medium that can shape people’s perception of another’s identity, and for most of its existence it has been unfair in its representation of women. This is all to say that I’m happy to see the rise in women-led productions and watching something new for goodness sake!

Alright, let’s get ready to hunt some monsters!

“Monster Hunter” directed by Paul W. S. Anderson is loosely based on the global phenomenon game series of the same name. Starring Milla Jovovich, this action-packed adventure movie features some dangerously powerful monsters, inhabitants of a mysterious world. Monsters, of course, is the perfect conclusion to this phenomenal year. Just glad they’re on the big screen!

The story goes that behind our world there is another world full of monsters that dominate the land with ferocity. Captain Artemis, played by Milla Jovovich, and her elite unit of soldiers are transported to this strange world after an unexpected sandstorm opens a portal. Captain Artemis and her soldiers,  played by rapper/ actor T.I, along with Meagan Good and Diego Boneta  must now engage in a desperate battle for survival against the enormous monsters with incredible powers.

In their distressed situation the unit encounters a mysterious Hunter, played by Tony Jaa, whose unique skills allow him to anticipate the powerful creatures’ next moves. Facing this great danger that could threaten to destroy their own world the two brave warriors, Artemis and  Hunter, must combine their unique abilities and band together for the ultimate clash.

After much anticipation, audiences will be able to watch ” Wonder Woman 1984″ on December 25th . After plenty of speculation, Warner Bros. announced that they will debut the Wonder Woman sequel on HBO Max on December 25th, the same  day it premieres in movie theaters in the U.S. The film will stream on HBO Max for a month at no additional charge to subscribers.

Although “Wonder Woman 1984” was expected to be one of the biggest movies of 2020, the decision to forgo traditional theatrical release was called for by the circumstances of the day, there is still a pandemic going on and people are still wary of going to the movies. It was originally supposed to hit theaters during the summer, but it kept on being delayed… as have most of our plans this year.

But at last, the movie will premiere on December 25th crushing expectations that the release would be delayed once more until 2021 like other films of similar budgets, “Black Widow” and “No Time to Die”  to name a few. Speaking of Bond Movies, click here for that trailer.

Another highly anticipated film that has been delayed because there is a real world threat to our lives, for which there is no singular hero, but the collaborative effort of the whole country to defeat it… we’re still not there yet. Disney announced that “Black Widow” starring Scarlett Johansson is being pushed back to May 7, 2021.

The film was set to be out this past November and we even speculated about it in this article written in 2019, but as the saying goes: “The best laid plans of mice and men…”  You probably know this better than I do.   With this setback, “Black Widow” starts a bit of a domino effect for other movies in the Marvel Cinematic Universe.

Scarlett Johansson puts on her utility belt to reprise her role as Natasha Romanoff AKA Black Widow in the Marvel Studios’ action packed spy thriller “Black Widow”. This film marks the beginning of phase four of the Marvel Cinematic Universe. The film dives into the life of Natasha Romanoff in her quests between the films “Civil War” and “Infinity War”.

Black Widow, confronts the darker parts of her ledger when a dangerous conspiracy with ties to her past arises. Pursued by a force that will stop at nothing to bring her down,  she must deal with her history as a spy and the broken relationships left long before she became an Avenger.

Bonus Trailer: In March 2021,  a warrior named Raya is determined to find the last dragon. Watch the trailer for “Raya and the Last Dragon”.

Here’s an animated movie for the whole family from the creators of Moana and Frozen. In the fantasy land of Kumandra a long, long time ago when humans and dragons lived together in harmony. a terribly sinister monster threatened the land and the dragons sacrificed themselves to save the humans.

Several hundred years later those same monsters return and a lone warrior, Raya, is faced with the task of tracking down the last dragon to finally stop the monsters for good. However, there are lessons to be learned in her journey, and Raya will discover that it’s going to take more than just dragon magic to save the world.

From directors Don Hall and Carlos Lopez Estrada and featuring Marie Tran as Raya and Awkwafina as Sisu, ” Raya and the Last Dragon” opens in U.S theaters on March 12, 2021. Hopefully, pandemic willing.

Should you become inspired to produce the next record breaking woman-led film, or TV show we’re here to help. Click here for our green screen studios in NYC and watch out show reel here.

The Best New Movie Trailers For 2021 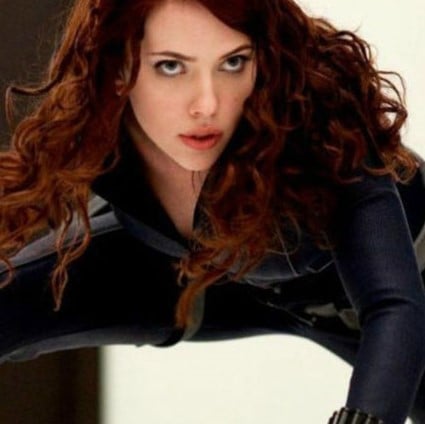