The Matrix Resurrections is set to premiere on HBO Max December 22, 2021

Watch the trailer for the Matrix Resurrections below.

The first Matrix Resurrections trailer has arrived and the internet has a question.

What is going on here?

This trailer came with a lot of analysis and speculation from fans as to what we are to expect. After almost 19 years since the last Matrix film was released, this fourth addition to the franchise has a lot to live up to.

In the trailer, Neo looks to be disoriented and does not know what is real and what is not real. Is Neo inside the Matrix already?  I’m not sure if my eyes betray me, but is that a young Morpheus and young Oracle we see? We can see Trinity is back with her kicking, flying and jumping from buildings. The Matrix Resurrections also brings back all that sci-fi falling green code and dark grungy machinery we’ve come to love from the 1999 and 2003 films.

The Matrix Resurrections’  producing team picked a good year to release it. With all the strange happenings in our current events and all the strange conspiracies surrounding our daily lives, this may well be the film franchise that more closely reflects our 21st century problems. Just like Neo a lot of us are in therapy and confused about our reality.

The Matrix Resurrections’  synopsis suggests that what we may have thought over the past 20 years was the Matrix storyline is no longer that.  What we’ve come to know as the Matrix trilogy is about to be disrupted.  Though the first Matrix film that premiered in 1999  was one of the most critically acclaimed and commercially successful films of the year, its sequels The Matrix Reloaded and The Matrix Revolutions were not well received. Which is why this new film is such an intriguing project.

The film is set to be a continuation and an extension of the original movie according to the synopsis, which implies there is no connection to Reloaded or Revolutions.  This could potentially be a good move for the Matrix franchise. By disconnecting the series from the two films that did poorly, the Matrix can start off a clean slate and open the door to future films.  However, there are plenty of fans that liked the sequels that could be disappointed by this move.

All this is speculation until we watch the film in December. I, for one, am excited to see Keanu Reeves and Carrie-Ann Moss in those stylish long leather jackets flying around again.

Interested in movie production? The American Movie Company has your back with all the crew and equipment you will need to make your projects a reality. Check out our 4K video production services here. 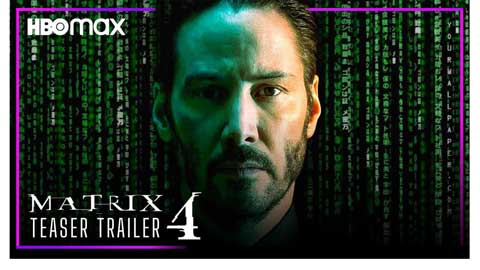