Watch this video for what to expect from the new Ursa Mini Pro 12K Camera.

Blackmagic Design  announced its first 12K video camera, the Ursa Mini Pro 12K. While the body largely remains the same design as the other available models, the internal electronics have been completely ripped out and replaced. There’s a new sensor, a new film curve, new color science, and a whole new host of recording features.

Most of the production world has finally just adjusted and adapted to the 4K and 6K pipeline. Why three times the resolution?

This camera isn’t necessarily designed for projects that will actually be viewed in 12K. In trying to address the highest-end workflows, there’s a bunch of reasons as to why Black Magic would want to go beyond 8K — to get good 8K essentially. The main reason is that it allows you to reframe shots.  With more resolution, you can go a little bit wide and reframe without losing resolution. They’re trying to accommodate for a better 8K experience.

It’s a similar approach to Blackmagic’s Pocket Cinema Camera 6K, which we have available at American Movie Company for Rental along with our top DPs.Blackmagic’s Pocket Cinema 6K also uses a high-resolution Super 35 sensor but is designed for 4K or HD projects. The Ursa Mini Pro 12K is a much more expensive camera, of course, and sits firmly in the realm of products that only film and TV professionals would consider buying or renting. However, at $9,995, the price isn’t astronomical for something that doesn’t really have a direct competitor.

The new Ursa Mini Pro 12K camera uses a PL mount for compatibility with a wide range of high-end cinema lenses, but it can be swapped out for Canon EF and Nikon F mounts. Other features include built-in ND filters and a USB-C 3.1 Gen 2 expansion port for faster data transfer to external SSDs.

The incredible definition around objects makes it ideal for working with Green Screen and VFX including compositing live action and CGI.

All this is good, but can the BlackMagic Ursa 12K beat the Red DSMC2 Hellium 8K once and for all. Watch this review to find out.

I think this video made some fair points in comparing these two cameras, but what do you think? Have you gotten your hands on the new Ursa Mini Pro 12K yet or are you sticking to RED? A  fact in this review is that RED makes their products so expensive and incompatible  that Blackmagic is proving themselves by delivering a product that’s almost the same quality but with more accessibility. Regardless of your preference, American Movie Company is here for Equipment and Studio Rentals as well as providing the best 4K/8K video production in New York City, check us out! 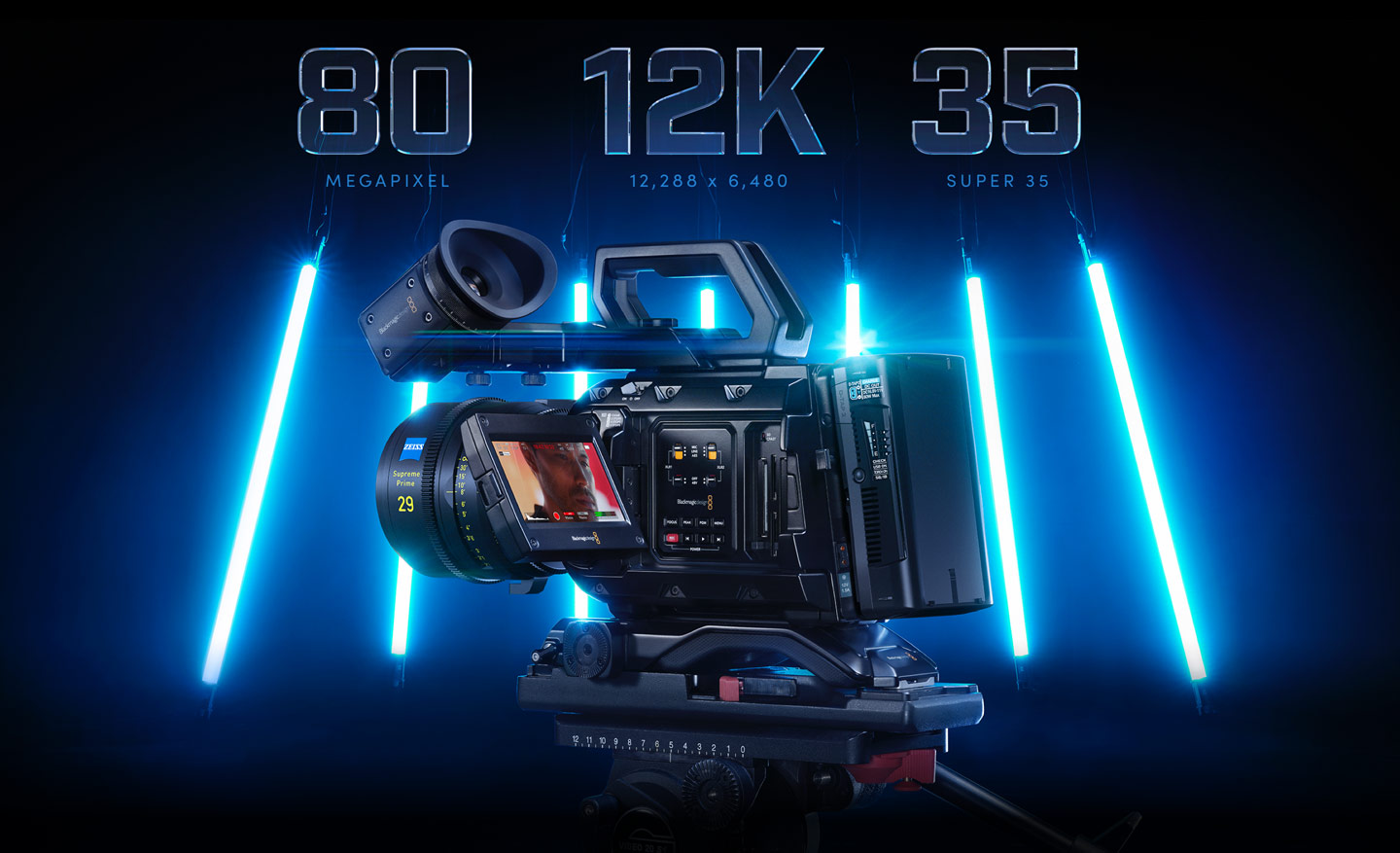