Today was an exciting day for the office staff at American Movie Company! In a week packed with Teleprompter and WebCasting gigs, and a studio shoot with the TriCaster, getting our new iPhones was a welcome diversion. (Please do not interpret this as a complaint – work is what pays the rent!) Each of us had varying generations of the iPhone 6. We all upgraded to the new iPhone 7 Plus.

The primary reason for choosing the 7 Plus instead of the regular 7 was the dual camera. Sometimes while on set, we have little time to snap a couple of quick pictures on our phones.   We decided to opt for the best camera possible.

Upon getting our new phones, Parm and I set out to test our new cameras and to test the footage against my iPhone 6s. We took stills from both the front and back-facing cameras. We then took a couple of video shots to test the ability to autofocus, rack focus and focus in a moving shot. We cut the video together in a split-screen shot to get a side-by-side comparison of the footage.

After shooting the videos, we determined that the most conspicuous difference between the iPhone 6s and the iPhone 7 Plus cameras was the ability to shoot in low light. The iPhone 7 Plus shots were much better defined, especially when parts of our shot were in shadow.

In our particular setting, lighting was the most significant difference. The 6s held up pretty well in comparison. In the clip of the window, the 6s autofocus was consistently much quicker to respond than the 7 Plus.

The 7 Plus did much better when auto-focusing, and reduced shakiness in the panning shot.

In shooting stills, I must say, the 7 Plus was the definitive winner. The back-facing camera on the 7 Plus still handles light better. In the shot of the sunglasses, the light source is off-camera in the top left. The shot from the 6s is obviously overexposed on the left side, whereas the shot from the 7 Plus is fairly even in exposure and saturation.

Overall, we determined that while the 6s camera does just fine, the 7 Plus is a definite upgrade in terms of the camera’s ability to handle extreme lighting conditions. The 7 Plus’s front-facing camera is also much better. So, if you’re all about that selfie life, the 7 Plus is the way to go! 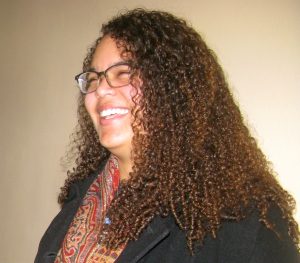 More photo and video adventures from the ladies of AMC are sure to surface!

Stay tuned and see what develops!

American Movie Company can help with all your WebCasting, Video Production and Green Screen Studio needs. You can call us at 917.414.5489 or email [email protected] with further questions.
Please follow, share and like us: