Spooky Season Is Looking Like a Lot Of Clowning Around.

Joaquin Phoenix views this new Joker movie more like a low-budget character-study than all the CGI heavy films we’ve come to know in the DC Universe. This, to be honest, is to be expected from an actor of his caliber.  Although… I would’ve said something similar about Jared Leto’s Joker, but that turned out kinda sucky. Let us not forget that the most epic portrayal of this iconic Gotham villain, in my day, at least, was Heath Ledger’s Joker in ‘The Dark Knight Rises”.  This is simply the most sinister clown others try to emulate!  It is the one against all others are compared.

Before Ledger’s Joker, this character was not on my radar. Other than being one of Batman’s villains, the character didn’t stand out from other villains like the Penguin, the Riddler or Poison Ivy (a fierce environmentalist woman with a cause, who went rogue, yes!).  She was a  childhood favorite! Side note: We need a Poison Ivy character study film ASAP. Anyway, I like that the DC Universe is taking on developing its villains with character!  They are complex!

Not to start something, but when was the last time the Marvel Universe even attempted to elaborate on the back story of any of their villains?

Sure, everyone knows the hero’s tragic backstory, so what’s new? But how many of us really know what makes a villain, so viciously mean?

Today I’m making a case for the DC Universe, since the media has been bombarding us with Marvel this and Marvel that for the past ten years straight. This AMC blogger is tired of all these CGI superheroes with their witty antics and playful smiles. Give me the dark, menacing, villain with the nasty quirks.

I’m also a hopeful believer that this new Joker film can rectify the disaster that was Suicide Squad and give us DC defenders something to brag about. It’s all speculation for now since the movie doesn’t come out until early October, but look at this trailer, people!

Intense! Right? What did you expect?

Joaquin Phoenix is an excellent actor who wouldn’t dare do just any regular smegular super hero movie. No, Phoenix needs his characters to have depth and grip, he needs to dive deep into a role . Much like the previous Jokers, Leto and Ledger, Phoenix is a method actor, a chameleon blending into the psychology of the character. Unlike the previous Jokers, he’s older, more mature, which leads us to hypothesize the timeline where this Joker lives. Apparently in this timeline, Batman is still a child, which has some speculating that this Joker would then be the inspiration for the Joker that then faces off Batman in the future.

In recent interviews, Phoenix spoke about his rejection of other superhero movie roles like that of Doctor Strange. As an actor he doesn’t want to be tied down to one of these recurring comic book roles.  This has led to theorizing by many enthusiasts that this will be a one and done deal for Phoenix. But that’s exciting because it’s what we’ve  grown to love about this character. Every time, it’s a different reincarnation and this resurrection wants to give us something we’ve never seen.

This next video sheds some light on the untold truth of Joaquin Phoenix’s Joker. It’s interesting to hear about the process behind the making of the film. I think they’re letting us in on the process early because last time keeping us in the dark didn’t work so well (Suicide Squad).

So there you have it, folks. I, for one, am very excited about this film.  On October 4th, go watch it and tell me what you think.

Speaking of low-budget character-study films, if you’re considering writing your own we’re here to produce it. Let us know! American Movie Company is the go-to company when you want to get your film done right and on budget.  Check it out! 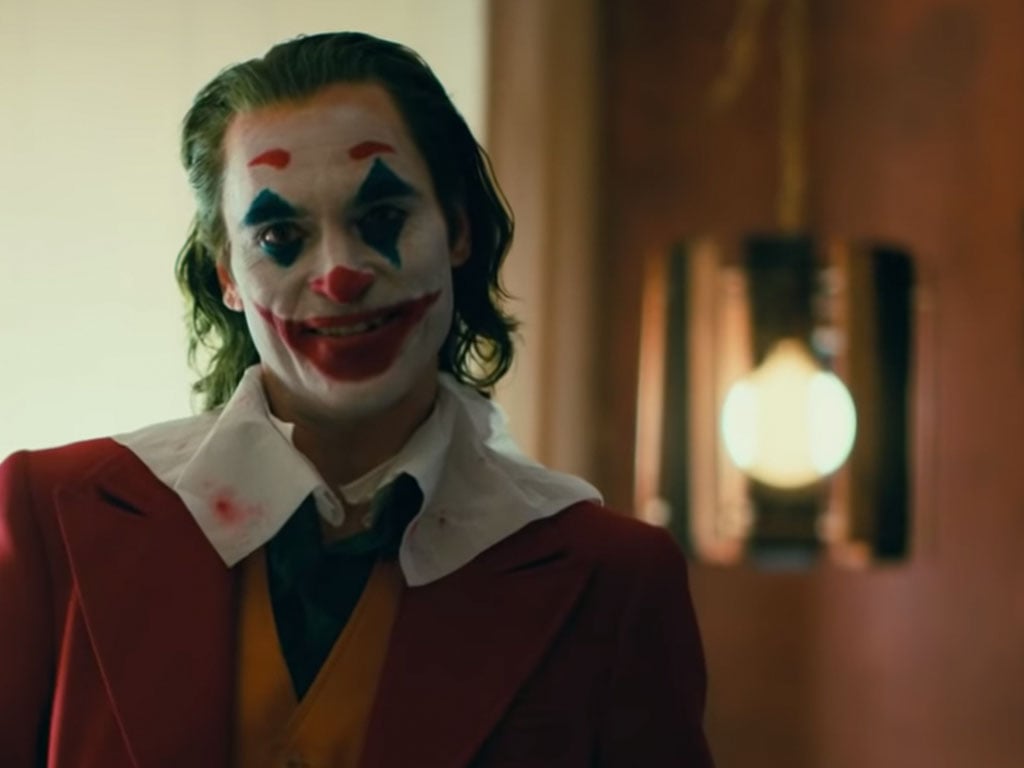