The 5 Most Entertaining Things To Watch, Play and Learn This Fall While in Quarantine

Autumn has come and we’re still working from home.  Don’t despair, there are a million things to do there.

Here Are Just 5 Things To Watch, Play, and Learn While You’re Stuck at Home This Fall. 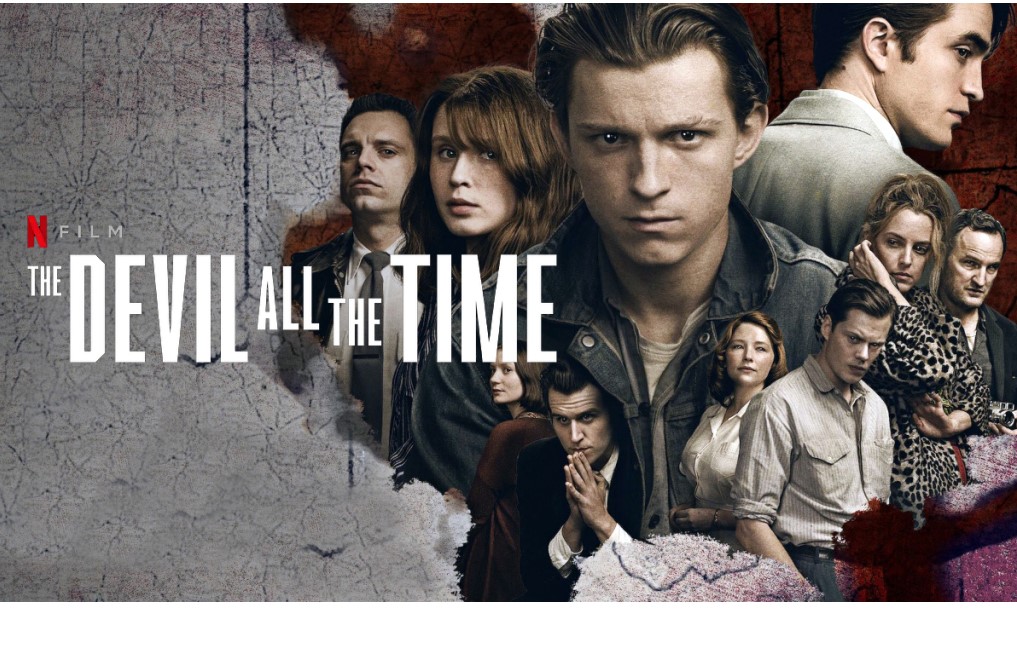 “The Devil All The Time” Starring spidey boy or Tom Holland (his official name) who does an excellent job in portraying the intricate qualities and righteousness of the character, Arvin Eugene Russell. This is also that movie where we get to see and hear Robert Pattinson’s, I shall call it thick, Southern accent. I’m sure you’ve seen the memes of our beloved Edward Collen that have inundated the Socials these past few months.  You’ve gotta check him out in this despicable small town as the church pastor character.  You will hate him! Bill Skarsgard is also a main character in this movie and you might remember him as the beloved big forehead clown in the child favorite, “It”  movie.  Aside from these notable actors, this film features, Southern church crimes, serial killers and crooked cops… so watch it. You should also beware that this is one of those movies to which you must pay attention or you might end up having to watch it twice.

“I’m Thinking of Ending Things” is a strange movie to watch, but it’s worth watching it two or three times and opening a group discussion with your friends about what the heck is going on. Here at AMC we’ve already done that, and let me tell you, a fellow editor and I have spent a great deal of time discussing the meaning of this film.  We even got the book, read it and compared scenes into the night on various days over the phone! If that tells you anything, it is that you need to go watch it now. It’s a tad bit sad, can be gross and disorienting but it’s a film worth analyzing while you drink a hot cup of tea on a chilly autumn night. The film is based on the novel by the same name written by Canadian writer Iain Reid.  The film was written and directed by Charlie Kaufman.

“Ratched” is not a movie, but it’s only one very short season and it stars Sarah Paulson.  You can binge-watch it in a day and call it a long movie. There are plenty of murders, crazy people, torture and lobotomies up close and personal, to keep you on your seat for at least five hours. Oh, you will not want to get into a hot bathtub after this one. The best part is that this horror series features a woman of queer sexual identity as the lead, and plenty of people of color in positions of power.   This is a heavy feat for shows set mid twentieth century where different identities were hard to come by, or so I am told by TV.

Watch the trailers for these 3 gems below.

#2 Watch Hamilton on Disney+ already! You won’t regret it!  Be in the room where it happens! 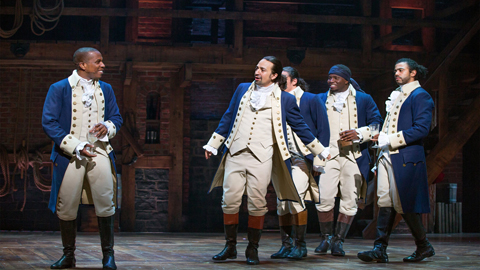 For my musical theater folks that still need to watch Hamilton, or those of you who need to watch it again, this is the time. It  is probably the  most tense political year in my life, but do you know who has been my rock during all this chaos?  Alexander Hamilton!  His name is Alexander Hamilton and there are a million things he hasn’t done, just you wait, just you wait! But seriously, I think this is an excellent resource for us Americans during this time, to get inspired to fight for the nation that we want to live in. History has its eyes on us, y’all that’s from General Washington himself.  Also if you are like me, and you want to kick your dancing and rhyming skills up a notch just watch this cast, you will not be disappointed. From a Director of Photography’s perspective I think this is such a crisp capture of a live performance.  You get to witness King George’s spit projecting out of his mouth, a sight worth seeing, but it will disgust you as well.  I like my dribbling on a basketball court!   Plus, when will the next time be when you’ll be able to enjoy a live Broadway show? Hamilton is the next best thing.

#3 There Is An Impostor Among Us! – Play Among Us

Watch this game stream to get a sense of the gameplay in Among Us.

You might be sus if you don’t know what Among Us is by now. This is the online game that has sabotaged its way into our hearts this year, and I love it. So long, Fortnite, COD, 2K, Pokemon Go! and Candy Crush, you’ve had your day of glory but it’s time to make way for a new (not so new but growing in popularity) and exciting game. Among Us is a live multiplayer game featuring sweet little bean shaped space dudes with a mission, find the impostor and complete tasks, or if you happen to be the impostor, sabotage the mission and kill all the crew. You can play online with other players in North America or you can host a private game with friends.

Each game has one, two or three impostors causing havoc amongst the crew and killing them. Once a crew member discovers a dead body or catches an impostor doing impostor things they must call a crew meeting where you can live discuss who among the crew is the impostor. This is where this game gets fun, because we have people pleading not guilty and others with bullet proof arguments against them. The crew must be careful when picking out the impostors because if they’re wrong they’re at risk of ejecting one of their own from the game and losing. I highly recommend playing with friends, so that you may find out each person’s lying style and there will be no surprises when there is an impostor among us.

If You have time to be bored you have time to learn how to create awesome time travel visual effects with these Red Giant Tutorials. It’s going to take some practice, but wouldn’t you love to create your own superhero movie using after effects? I sure would. Speaking of… check out our Green Screen Studios for when you’re ready to shoot those elaborate superhero scenes.  We have a great selection of Green and White Cyc Studios available.

It’s now or never, friends! You’ve got the audience waiting for content and what better time than now to launch that live yoga class or stream your band’s set?  We had the pleasure recently to WebCast a well known rapper who goes by the name of Princess Nokia from a rooftop in Chinatown. Our crew that day, me included, got a nice private concert, and thousands of fans around the country got to see an amazing talent spew some facts. This is all to say, that no WebCast is too big or too small for us. We’re here to help you when you decide what it is that you want to say to the world. Feel free to check out our WebCasting Services or give us a call at 917-414-5489 with your WebCasting Ideas or questions.

Anyway, This has been a list of things you can watch, play and learn while you’re quarantining this fall. Don’t say I never do things for you. Let me know if you’re down to playing a few rounds of Among Us with me.  Ciao!

The 5 Most Entertaining Things To Watch, Play and Learn This Fall While in Quarantine