The 93rd Academy Awards are being held later this month honoring films released in 2020. A year that will live in infamy in the categories of “Real Life Is Crazier Than Any Movie” and also the “I Did Not Ask To Be a Character In Your Insane Reality Show”.

However, what we did not receive in human contact, we got in wonderful cinema. I don’t know where they were keeping these movies but they came at the right time.

As is our tradition at the American Movie Company, let’s go through and discuss the 2021 Oscars nominees.

Click here for a look back at our discussion of the 2020 Oscar nominees. 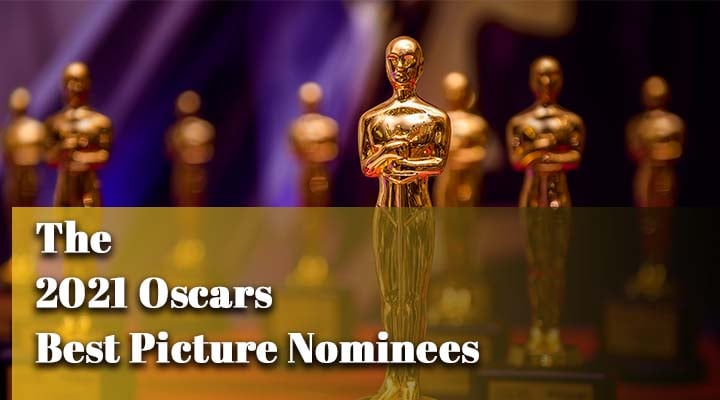 Let’s take a look at the films, actors and directors in the Best Picture category, and discuss more about the films at hand. If you haven’t watched some of these, I don’t blame you, but you might as well find out what all the buzz is about.

Starring Anthony Hopkins and Olivia Colman, and directed by Florian Zeller. “The Father” is the story of a stubborn, aging man.

Watch the trailer below to understand more about the complexities of this protagonist.

Anthony, played by Hopkins, is a mischievous 80 year old man living alone and rejecting the care that his daughter Anne (Olivia Colman) attempts. Hopkins was also nominated for Best Actor in a Leading Role Category. As we experience the ebb and flow of his memory, how much of his own identity and past can Anthony cling to?

This Oscar nominated film is not one of the well known, hyped-up films this year.  However, it warmly embraces a contemporary topic. How does one deal with slowly losing a father, while he is still alive?

“Judas and The Black Messiah”

2020 was a year of civil unrest.  I think much of that was reflected in the films that we watched. Both Daniel Kaluuya and Lakeith Stanfield are nominated in the Best Supporting Role category.  They shared a Co-Lead, as it were, in the film “Judas and The Black Messiah” directed by Shaka King. Now, one curious film fanatic would ask, why wasn’t at least one of them nominated in the actual Best Actor Lead Role category?  Well… that’s the mystery and the topic of much discussion.

Watch the trailer below.   You can watch “Judas and The Black Messiah” in theaters or on HBO Max.

Chairman Fred Hampton was 21 years old when he was assassinated by the FBI who coerced a petty criminal named William O’Neal to help them silence him and the Black Panther Party.

They could not, however, kill Fred Hampton’s legacy.  50 years later, his words still echo…louder than ever.”  This is an intriguing film that promises to shed light on the relevant revolutionary struggles of the decade.

It is very nice to have been able to watch Lakeith Stanfield’s range and growth as an actor over the past few years, from his role in “Sorry to Bother You” to  his hilarious performance as Cassius Green in “Atlanta”. Stanfield is truly becoming a master of his craft in front of our very eyes.

Daniel Kaluuya is also great, but he has been in leading roles from the start, so it is to be expected.

At AMC we like to engage in educational discourse about film history. On a few occasions the title “Citizen Kane” has come up. It is one of the most relevant pieces of cinema a young filmmaker must watch.

The  movie, “Mank”, which you can watch on Netflix, starring Gary Oldman and Amanda Seyfried, tells the story of the eccentric but talented man who wrote “Citizen Kane”. “Mank” is the biographical drama about Herman J. Mankiewicz (Gary Oldman) as he races to finish writing the screenplay for “Citizen Kane” in 1941. This is director David Fincher’s  take on an old Hollywood cynic. It is  also in black and white, a rule for all films about film snobs (ie. “Malcom and Marie” also on Netflix).

Watch the trailer for “Mank” below:

“Minari” – actor Steve Yeun is nominated in the Best Actor category, this year. Director Lee Isaac Chung, brings us “Minari”.  It tells the story of a Korean family that starts a farm in 1980’s Arkansas. It is also a story that highlights  topics of contemporary socio-political issues. If you need to know more, watch it before the Oscars on April 25th.

You can watch “Minari” on Amazon Prime.

A shout out to A24 Studios for consistently bringing in gold.

Starring Frances McDormand “Nomadland” tells the story of a 60 year old woman who loses everything in the Great Recession and embarks on a journey through the American West, living in a van as a modern day Nomad.

Watch the Trailer for “Nomadland” below. Watch it in Theaters or stream it on Hulu.

“Nomadland”  director Chloe Zhao is on the road to making history with more than six Oscar nominations.

Zhao made history as only the second woman ever, and first of Asian descent, to win the Globe for Best Director, and “Nomadland” became the first female-directed feature to win Best Drama.

Carry Mulligan is a “Promising Young Woman” out for vengeance on those who’ve crossed her. A film that reflects yet another facet about controversial contemporary topics of consent.  Written and directed by Emerald Fennel “Promising Young Woman” is a black comedy thriller telling the story of a woman who seeks to right the death of her best friend, a victim of rape.

The film is not yet available for streaming but it’s still in theaters.

Watch the trailer below:

Ruben, played by Riz Ahmed, is a punk metal drummer who begins experiencing intermittent hearing loss after a series of amped-up gigs. When a specialist tells him that he is at risk of losing his hearing permanently, he sees his music career and his life as over. Using startling and innovative sound design techniques, director Darius Marder takes us inside of Ruben’s experience and vividly recreates his journey into a rarely examined world.

Watch the trailer for “Sound of Metal” here, the full movie is available for streaming on Amazon Prime.

“The Trial of the Chicago 7”

Sacha Baron Cohen is nominated for an Oscar this year and it is not for that new Borat movie.  Featuring an ensemble cast, including Eddie Redmayne, Joseph Gordon Levitt , Seth Rogen and more: “The Trial of the Chicago 7” directed by Aaron Sorkin is the story of seven people on trial stemming from the 1968 uprising at the Democratic National Convention. The trial places the country in a pause, and sparks a conversation about mayhem intended to undermine the U.S. government. Another topic that has been largely talked about this past year.

Watch the trailer for “The Trial of the Chicago 7” here, available for streaming on Netflix.

I have to give it to the people of the Academy in choosing films that tackle the issues of today while remaining poetic and masterful. The films nominated for the Best Picture category are not just beautiful works, but stories aching to be told.

American Movie Company is the production company you need to work with on your next production.

Make your award-winning project with us! 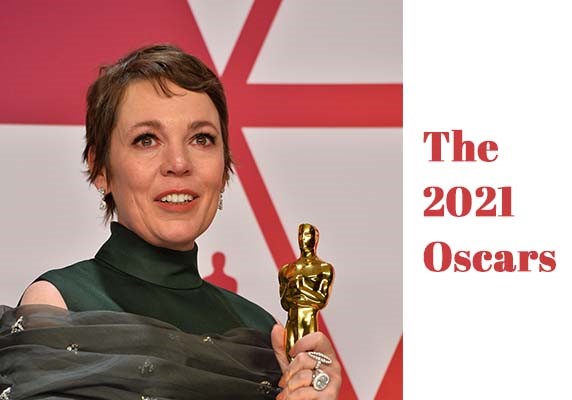