Quentin Tarantino Shares His Insight on Writing and Directing Movies 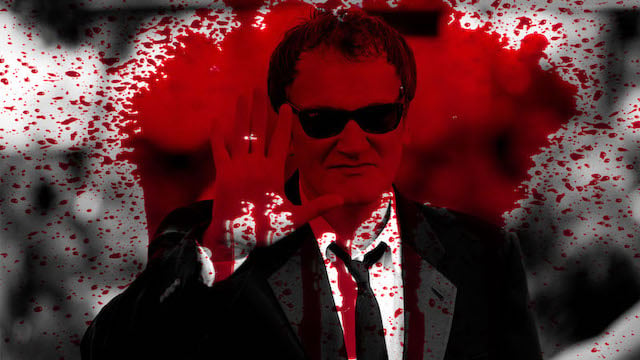 As a young person entering the filmmaking field, I find that there are few directors’ names that I can actually remember.  Film school mentions them, I dare say mentions and mentions, and frankly, I’d much rather watch the movie and if it’s memorable then I will save the name in my list. Some memorable movies I keep in my list are Kill Bill and Pulp Fiction, so Quentin Tarantino  is up front when I think about directors with a style and what a gory style that is!

Once Upon A Time In Hollywood had a good buzz going this Summer. The 9th film from Quentin Tarantino featuring a stellar cast of recognizable celebrities was all that my peers with filmmaking aspirations could post about.

In fact, we have 4 facts about Once Upon A Time In Hollywood that you did not know!  Click here and read about it.

In this Director’s Chair Video we get a glimpse at the process that goes into writing and directing a Tarantino film, but it’s just a glimpse, my dear, for we will never really know what goes on in Tarantino’s still intact head.

He’s talking about vision, being able to visualize a complete picture in his head before he even starts making the film. Does this remind you of Hitchcock?  It’s something I can relate to as an artist, the imaginative mind creates the whole story right in there and then you work on making it happen here, in the physical world. This part of the process is a bit complicated to break down but I understand the man, he gets a whiff of a genre that is inspiring to him and the wheels start turning and he goes with it. There’s no sense in stopping it. To a certain degree, Tarantino has already created his own genre of filmmaking, but that’s neither here nor there.

That Tarantino train has been going down the tracks (can’t help it) for a while and it started with a passion for watching films, working at a video store and wanting to act and perform. Being able to write and direct such extraordinarily complex films such as Inglorious Basterds or The Hateful 8 is a skill Tarantino has developed from submerging himself in every aspect of film in general. This takes a lot of conviction to say the least.  Am sure he loves Hitchcock!

He describes his process as being connected to his reality, incorporating, in his own twisted way, personal narratives into genre films. It’s something that we learn about in writing but it’s often left out in practice. Include your truth in your art work, because that’s what makes it art, y’know.

He talks about the structure of his films: it’s more cinematic to structure a film like a novel where the timeline is distorted, than to keep it simple and go in sequential order. I find this interesting because starting out, many filmmakers are timid when it comes to messing with the timeline of a film, they’d rather it make sense from the beginning middle and end. But I like how he explains it, that you want to make use of the medium. In film you can tell a story with cuts, jumps, zigs and zags, this is a quality of the medium that should be taken advantage of more often. Tarantino know his medium well. We often run quick to try to make films look real, but we forget that film is not real and you can play with its structure just like a novel.

Tarantino has a tactical way of dealing with film and it comes from being involved in each aspect of the creative process on a personal level. Some would say he’s the quintessential filmmaker of our time, I’ll say that he makes a good point of being so intertwined with the process that we can’t see a Quentin Tarantino film without seeing him, and that’s really what you want, isn’t it?

We are the New York “go-to-guys” for major motion pictures set in NYC, but shot elsewhere.

Decades of professional experience, coupled with pride and care about our work, produces consistent high quality on a budget 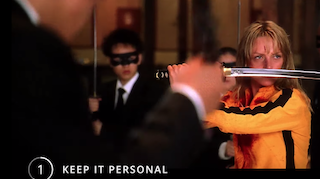