Facebook researchers say this is a tool to combat deepfakes. Although Facebook is in deep trouble over deepfakes already. The company remains entangled in a multi-million dollar judgement lawsuit over its facial recognition practices. However, this has not stopped Facebook AI Research from developing technologies to combat the very thing they’re being accused of mishandling. Facebook AI Research has developed a state-of-the-art de-identification system that works on video, even if the video is live. It works by altering key facial features of a video subject in real time using machine learning, to trick a facial recognition system into improperly identifying the subject.

Now, this isn’t necessarily a new technological achievement. This de-identification technology has existed in the past and there are entire companies dedicated to its development. Israeli AI and privacy firm D-ID, are both dedicated to fooling facial recognition systems for still images. There’s even gear on the market that you can wear to fool facial recognition yourself.

Here’s a video about how facial recognition can be manipulated by the police.

These types of thwarting facial recognition usually mean altering a photograph or still image  from a security camera or some other source – after the fact. Or in an adversarial examples, preemptively setting out to fool the system. What makes this new tech from Facebook new is that it does similar work but in real time and on video footage. That’s considered an industry first, according to Facebook AI Researchers. They claim this system is good enough to combat sophisticated facial recognition systems.

In a recent paper explaining the company’s approach, Facebook acknowledges the growing concerns about facial recognition. They point out that this technology can lead to the loss of privacy and that face replacement technology may be used to create misleading videos. These days we’re constantly asked to verify the truthfulness of the information available online. The spread of misinformation seems to be growing and it makes sense that Facebook, a key player in this misinformation terrain would take the steps to control the spread of deepfakes.

The advancement and abuse of facial recognition technology is invoking that they come up with a method to understand and successfuly deal with de-identification. This new technology, Facebooks contribution, is the only one suitable for videos and live video, with a quality that’s better than any other method.

But this new tech will most likely not be incorporated in any of Facebook’s commercial products. Facebook’s research may influence future tools and protect individuals’ privacy and prevent the use of someone’s likeness to be used in deepfakes.

This effort from Facebook combined with the AI industry’s advances is coming up with ways to combat the spread of deepfakes and the increasingly sophisticated tools used to create them. This is one method, and both lawmakers and tech companies are trying to come up with other tools. Some  could be like deepfake detection software and regulatory frameworks for how to control the spread of fake videos, images and audio.

Facebook’s AI Research other concern is addressing facial recognition, which is unregulated and causing concern among lawmakers, academics and activists. People fear that the deployment of this technology may violate human rights if it continues without oversight by law enforcement, government and corporations.

The spread of these altered fake videos is causing a lot of concern, but let me make it a bit lighter with the following statement. Yes, the misuse of facial recognition technology to create fake videos that could influence people with misinformation is bad and should concern us all.  However, the meme world seems to be combatting it as well, in a way that is funnier than these Sillicon Valley people could ever do. It’s a little ridiculous, but sometimes the trolls make the deepfakes and sometimes they set out to destroy them, and that’s nice and reassuring to know.

I applaud the good effort by Facebook.  Glad to see they’re doing something… while embroiled in  all those lawsuits.

Now that all that is out there to ponder,  let’s face it and talk about something cool –  360 Video and Virtual Reality Production. Check out our services. 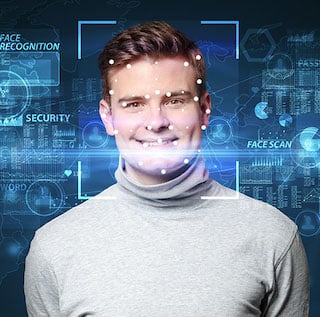