No Time To Die: Daniel Craig returns as 007 One Last Time

No Time to Die is the 25th Bond Film and will be Daniel Craig’s final take on the iconic M16 secret agent, James Bond.. This may be the last 007 film for Daniel Craig, but as the trailer indicates, this secret agent is going out in style. Some critics even point out that this film is full of product placement from the world’s top luxury brands, but I’m not here to criticize that aspect of the film.

No time to Die is shaping up to be the culminating event of all the story threads that have been introduced over the course of Craig’s tenure as the lead in the Bond films. The previous films Casino Royale (2006), Quantum of Solace (2008), Skyfall (2012) and Spectre (2015), have been unique in that they offer story continuity, No Time to Die, will be the piece to tie this story together.

The Bond films will continue on, but speculation as to who might be the new 007 has been circulating for years. We’re hoping this film will give this particular Bond a rest so that we may be free to accept and be open to a new actor/actress to embody this character.  I, for one, would welcome a stong, sexy, totally self confident woman!

“History isn’t kind to men who play God”, a warning delivered by agent 007 halfway through the No Time to Die trailer, probably talking to Safin, the villain played by Rami Malek (I know!  Right? Stellar casting.) Some would say that the Bond franchise is playing god too, since every time a 007 retires, they reincarnate the agent.  Only the body is different!  There is an impressive list of actors who have played Bond.  Among them:  Sean Connery, Roger Moore, Pierce Brosnan, Timothy Dalton, David Niven, Daniel Craig and let’s not forget George Lazenby! Now that we know Daniel Craig won’t be back for more Bond films we’re all looking for hints at who’ll be next.

Some speculate that the new Bond could be Lashana Lynch, the exotically enticing Nomi.  Since she was rumors ran amok that she might take on the coveted role. The trailer doesn’t quite suggest that she’s the new 007, we find out she’s a new double-0 agent. However, the trailer does hint that she might be the future of the franchise.  There are pervasive rumors that Nomi has, in fact, replaced Bond since his retirement following the events depicted in  Spectre.  This would have a tectonic effect! It would make her the first female 007 in franchise history. The trailer does not confirm this.

What we do learn is that she’s every bit Bond’s equal in the field, and isn’t particularly intimidated to be in the presence of one of the agency’s most famous operatives. As soon as her character appears, she warns ” …The world’s moved on, Commander Bond” before promising him: “You get in my way and I will put a bullet in your knee… the one that works.”  That’s one thought-provoking introduction, she’s literally threatening “the old man” if he gets in her way.

This new Bond film will mark the end of an era, but also the beginning of a new one. Let’s not forget this is also the first Bond film since the #MeToo and Time’s up movements and the public is asking for the female lead. It’s also co-written by Fleabag and Killing Eve creator Phoebe Waller-Bridge. So, we’ll be looking for some well represented women on screen.

No Time to Die is being released in April, 2021… After much rescheduling due to the current pandemic.

Watch this cool behind the scenes footage from the shooting of  No Time to Die. The stunts in this film are spectacular!

Check out our top-rated national TeleprompterRental.com 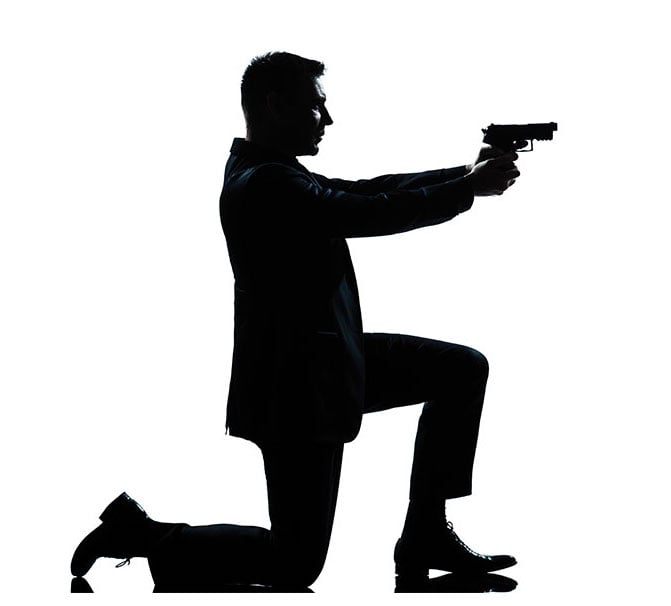