An Interrotron is quite simply a device much like a regular teleprompter. It differs in that rather than just reading the text over the camera’s lens, the interviewee sees the face of the person asking the questions. There is direct eye contact.  This is conducive to making both have a relaxing, trusting interaction.

How to set up the AMC Interrotron Mark III 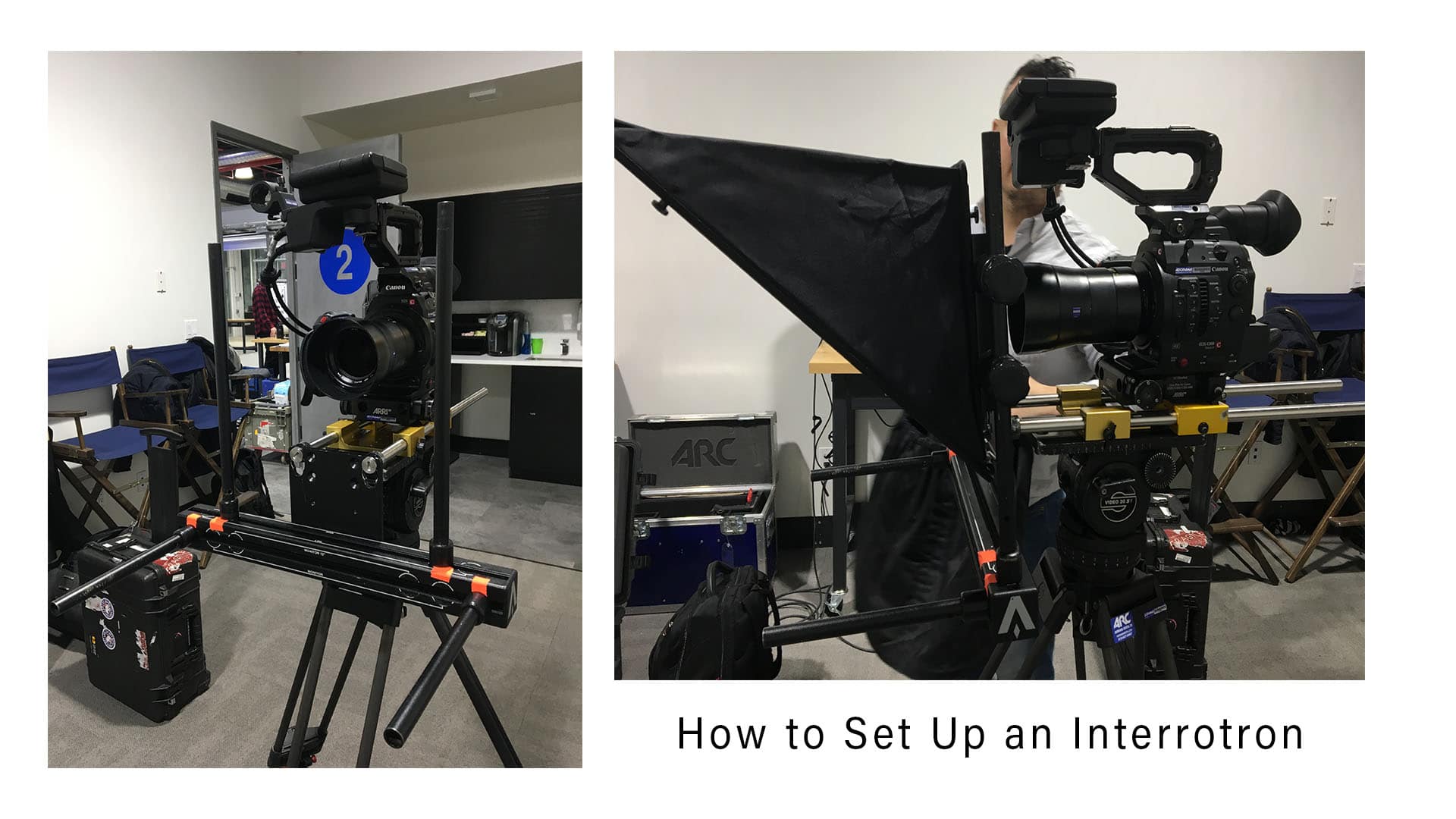 Setting up an Interrotron is not as easy as you might think. That’s why when you book one of these devices or a Teleprompter from AMC you also get a professional operator. This ensures that everything will run without a hitch. 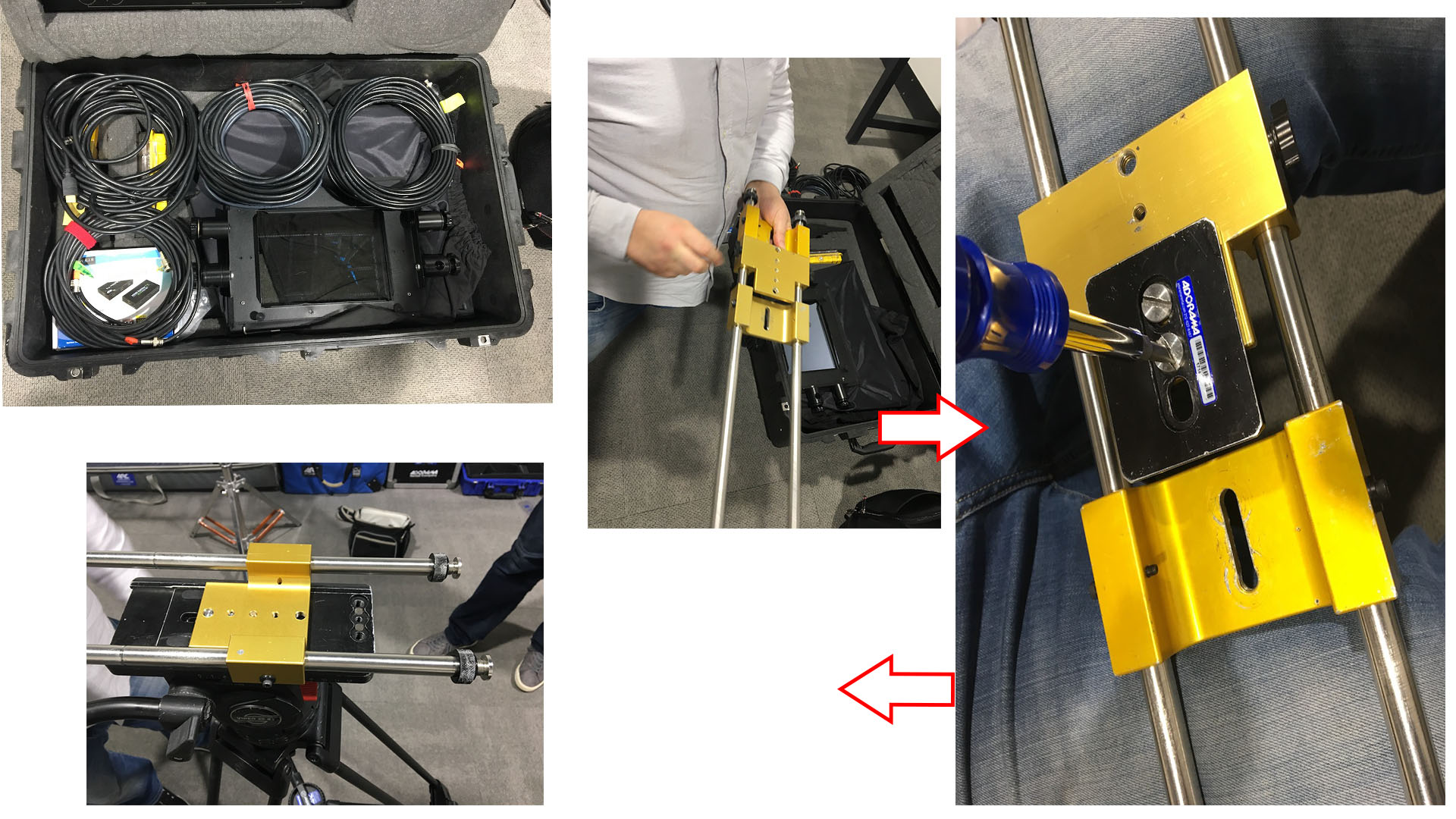 To help me write this piece, I sought help and contacted Zack Breheney, Michael Gonzalez and Lou Blackmon, all extraordinary operators well versed in both and denizens of New York City, Brooklyn and Bayonne. 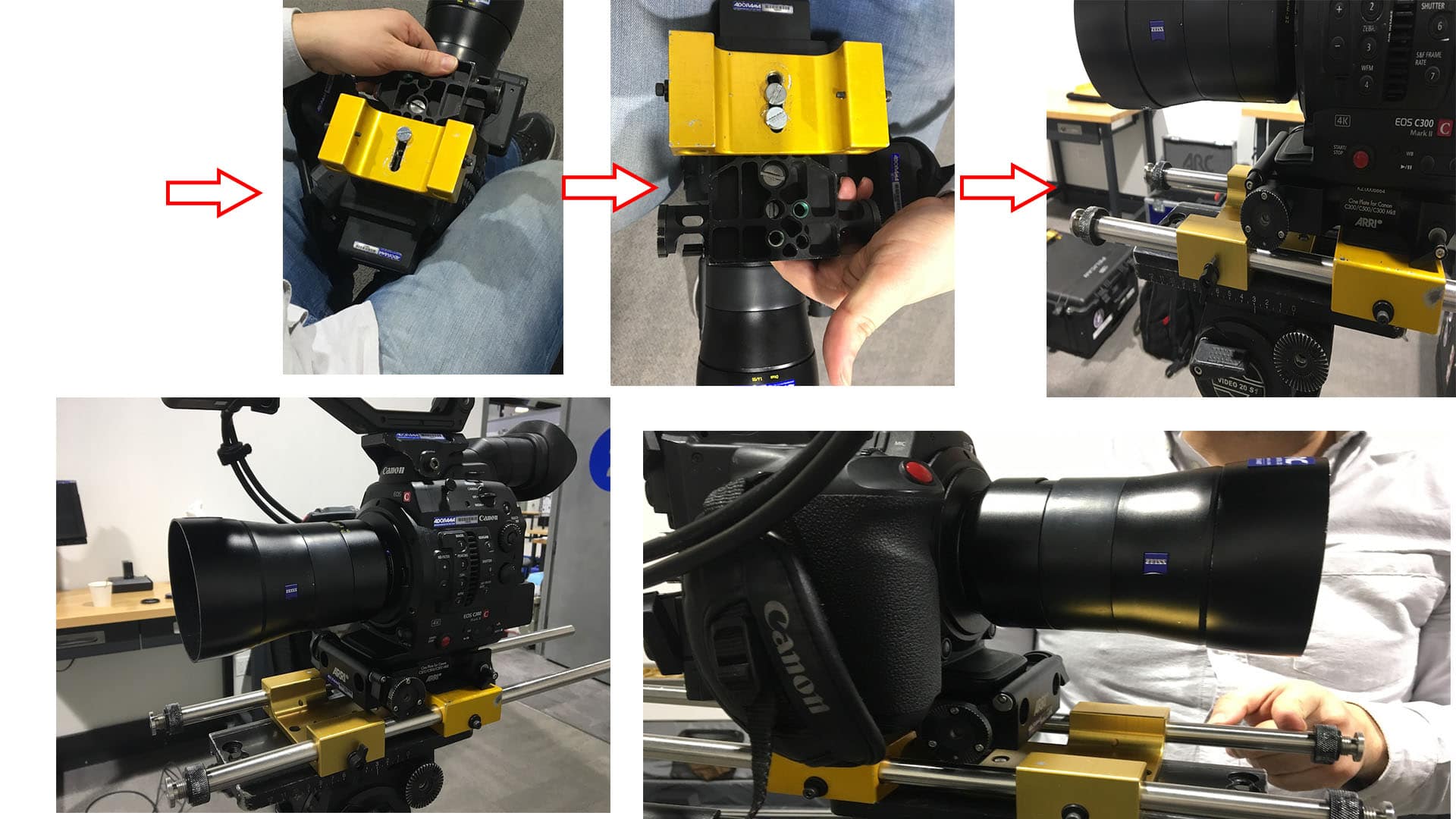 He shed some light on some of the specifics of setting up an Interrotron.  Essentially, here’s what he had to say. Am paraphrasing.

Now to be specific:  One builds the Interrotron by building two Teleprompters, a talent unit (with the camera with which you are shooting) and a director’s unit (a Teleprompter with another camera) This way each person can have a face-to-face conversation with the interviewer while simultaneously looking directly into the camera.

We at American Movie Company, can boast that not only do we use the top brand of Autocue Teleprompters for, in essence, building an  Interrotron, but we have also upgraded our monitors to professional 1080p HD video playback. Monitors of this excellent quality enhance the face-to-face conversation.  The crisp image attracts the talent to look right into the lens behind the Teleprompter glass. 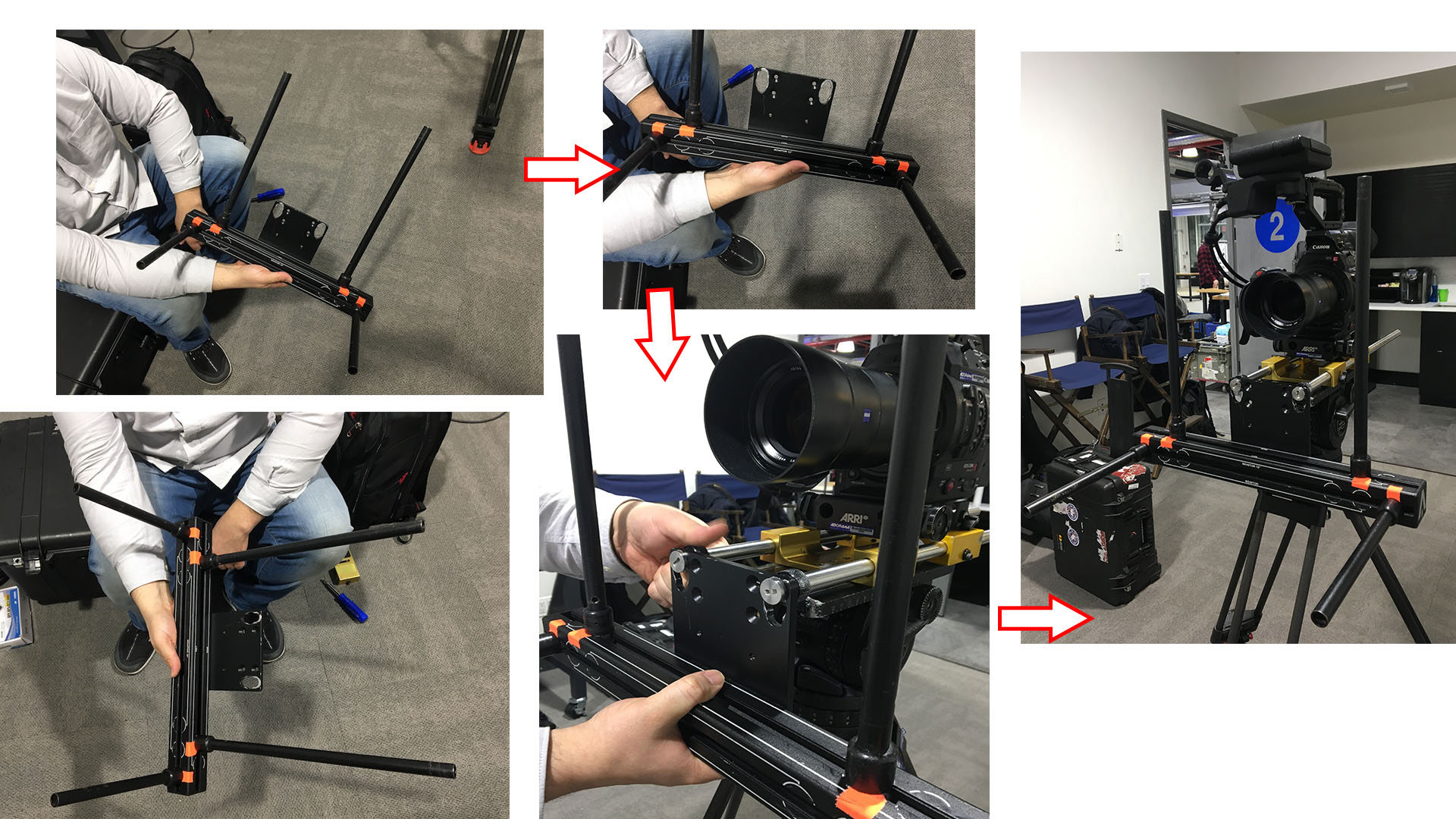 I also spoke to Zack Breheney, another incomparable Wiz Operator.  He’s Teleprompted recently for Pentatonix, Cyndi Lauper and Friends, and even Slappy, the puppet from Goosebumps.  He shared some thoughts.  Again, I am paraphrasing.

Interrotrons are essentially a dual Teleprompter system.  The physical set up and break down is much the same as when dealing with two normal teleprompters.  However, the video relay in between is what makes it different. You send the video feed of each camera to its adjacent other Teleprompter monitor, creating a Skype or FaceTime “esque” video conferencing system. 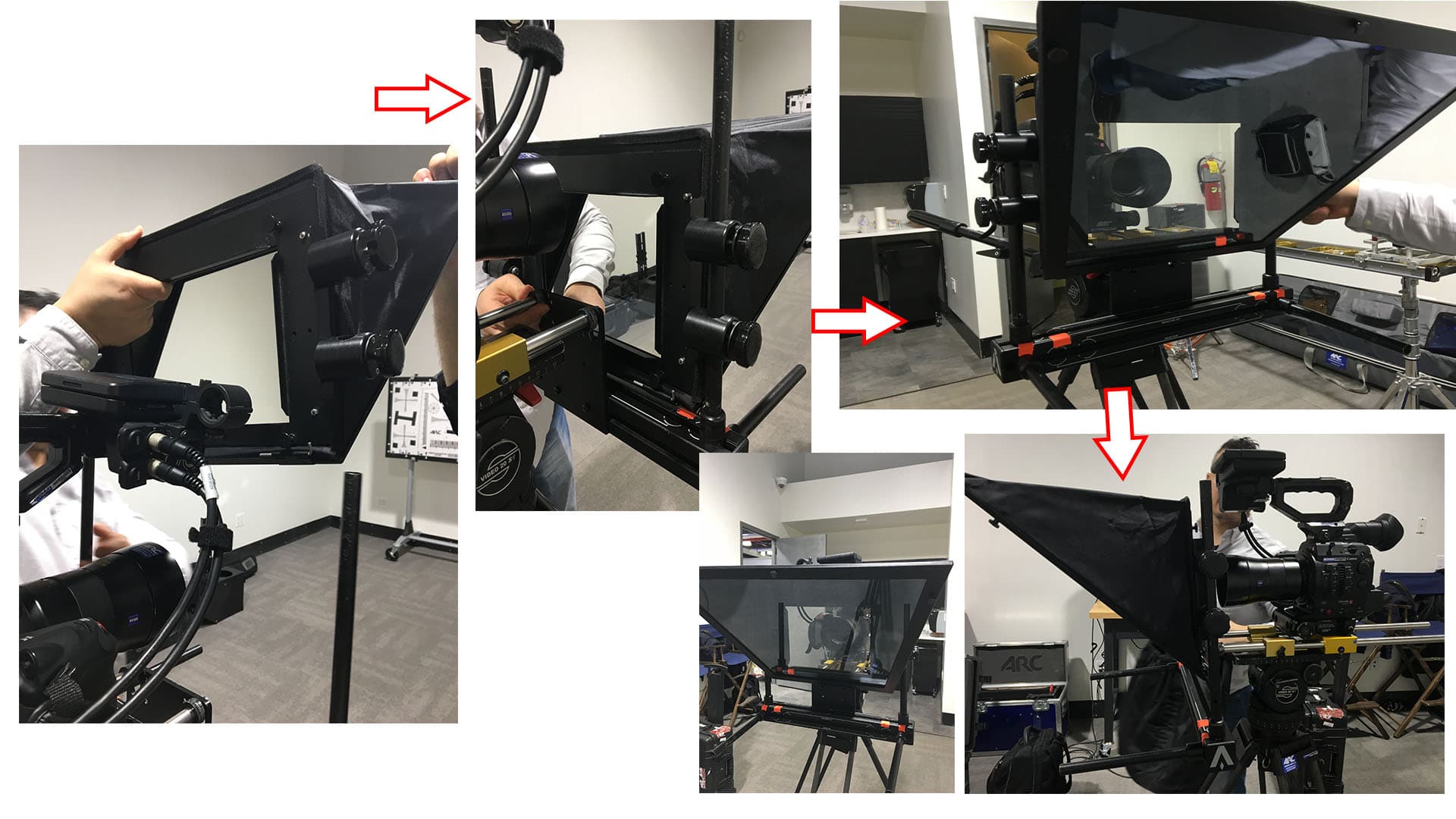 Lou, Zack and Michael also shared some clips of projects for which they’ve teleprompted.  In Lou’s case he is also a cameraman.  All three have other talents, one is pursuing a career as a DP, one is an actor, another a comedian (not just around us – he actually performs!) I’ve edited some into this super awesome teleprompter reel that you must watch.

At AMC and TeleprompterRental.com (its subsidiary) we provide Teleprompting and WebCasting services in over 40 cities and continue to expand.

Take a look at this video, which highlights some of our favorite gigs: Working on the promo shoot for Samantha Bee’s Christmas special, teleprompting for 7 Deadly Sins, meeting the Bodega Boys, Desus and Mero, whose Showtime series is hilarious.

All three mavens, who have become close friends, made it a point to inform me that it was very fun working on these sets.

For your benefit the following pictures continue to depict a typical Interrotron set up: 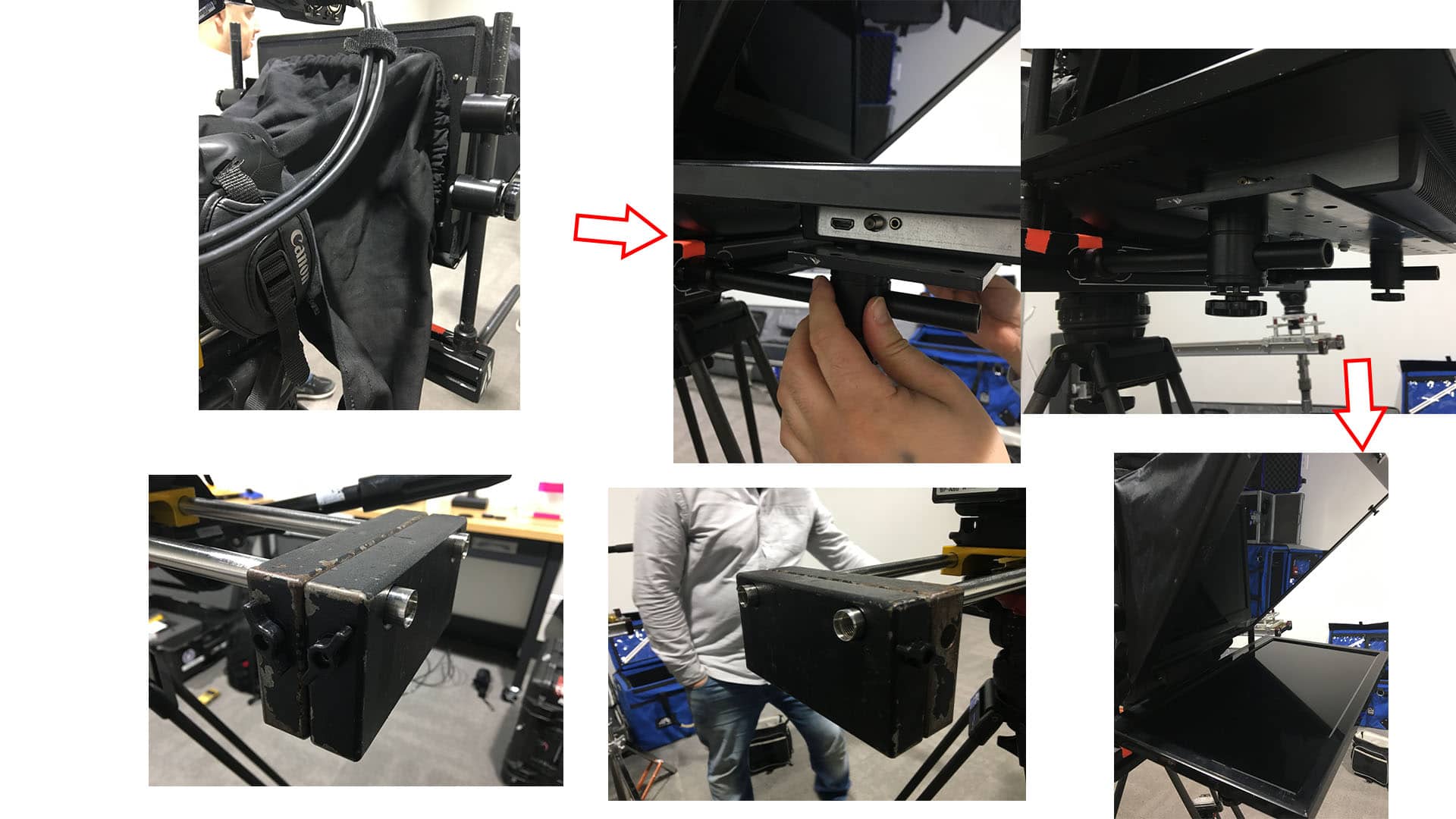 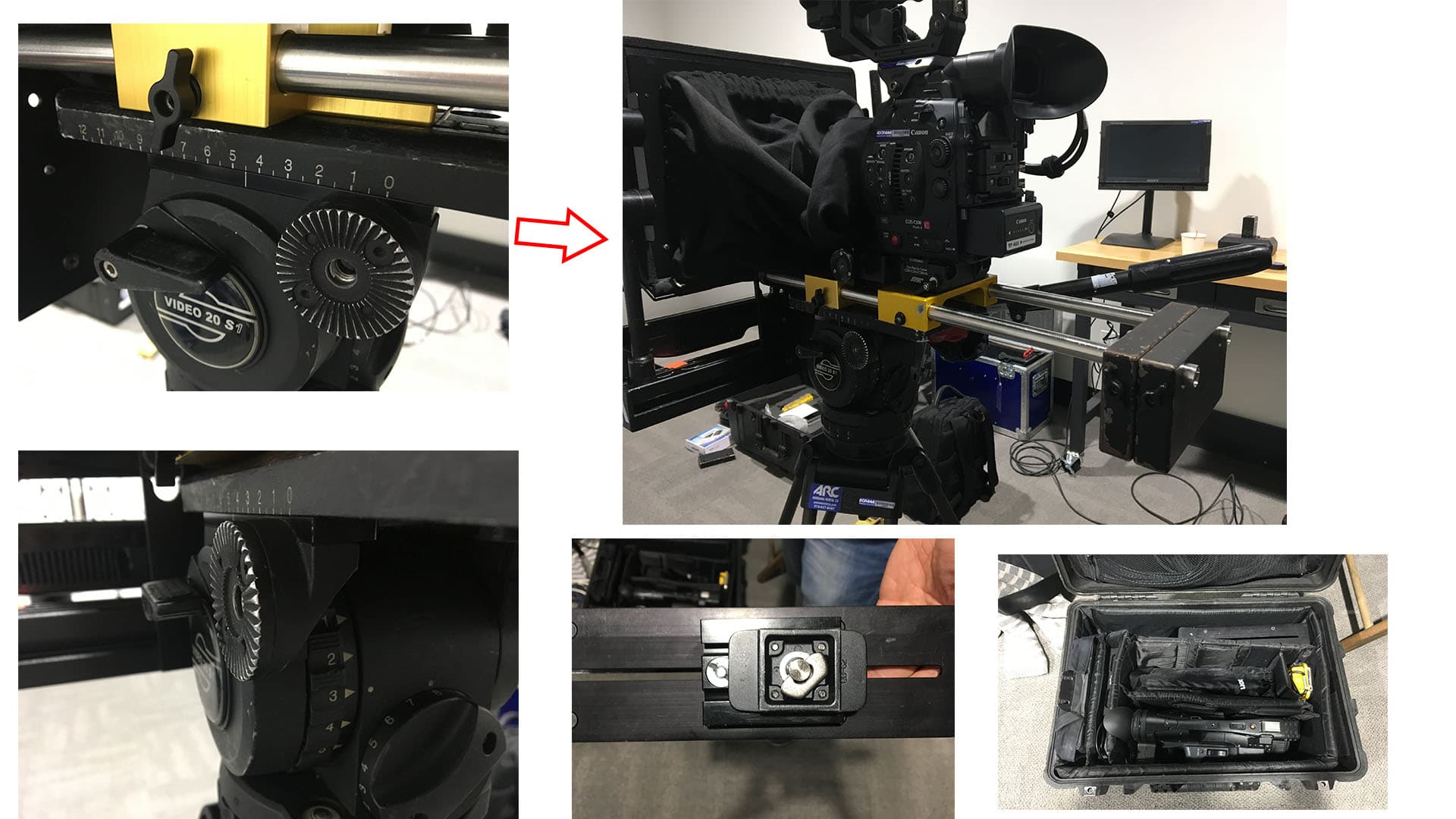 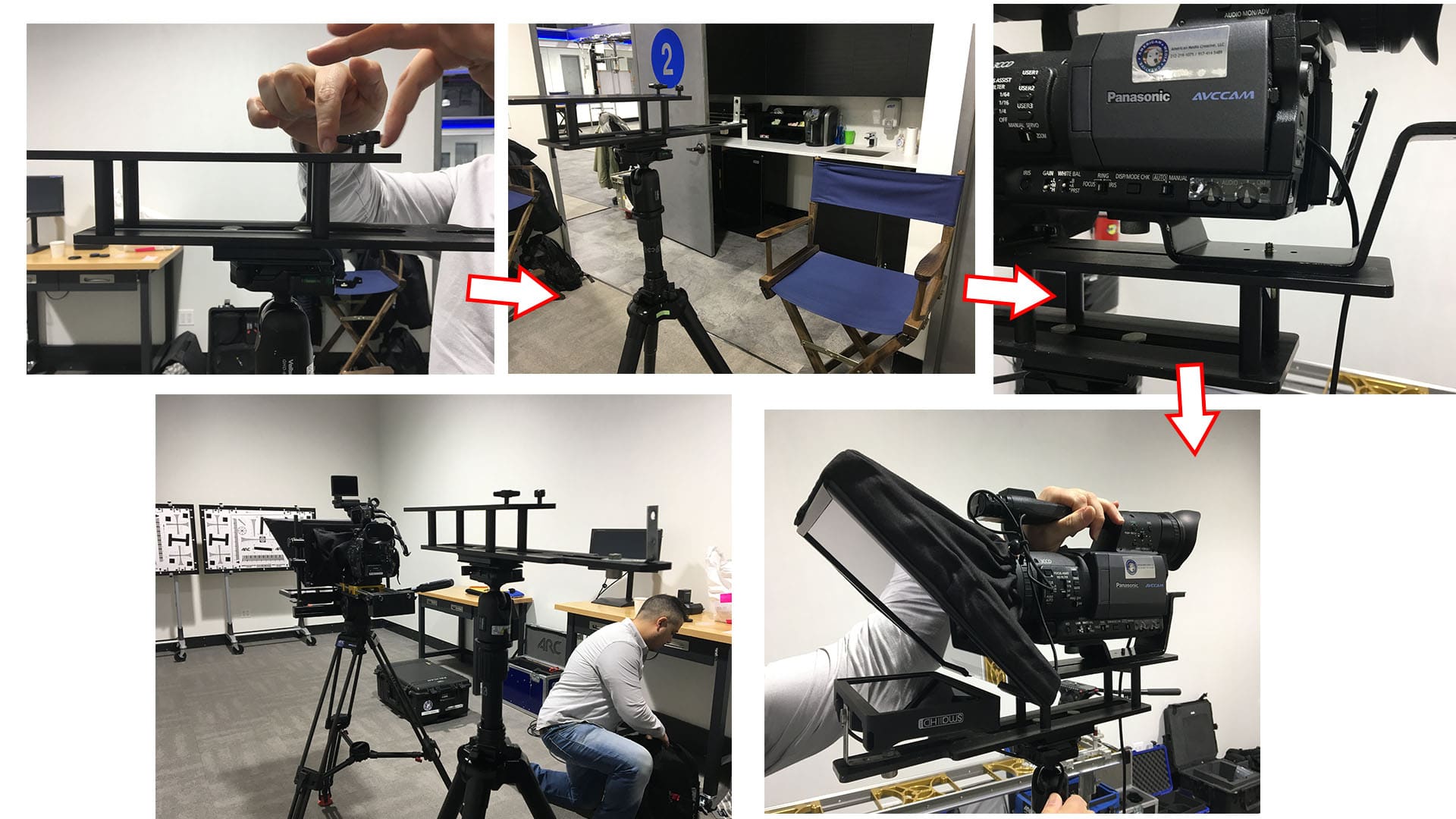 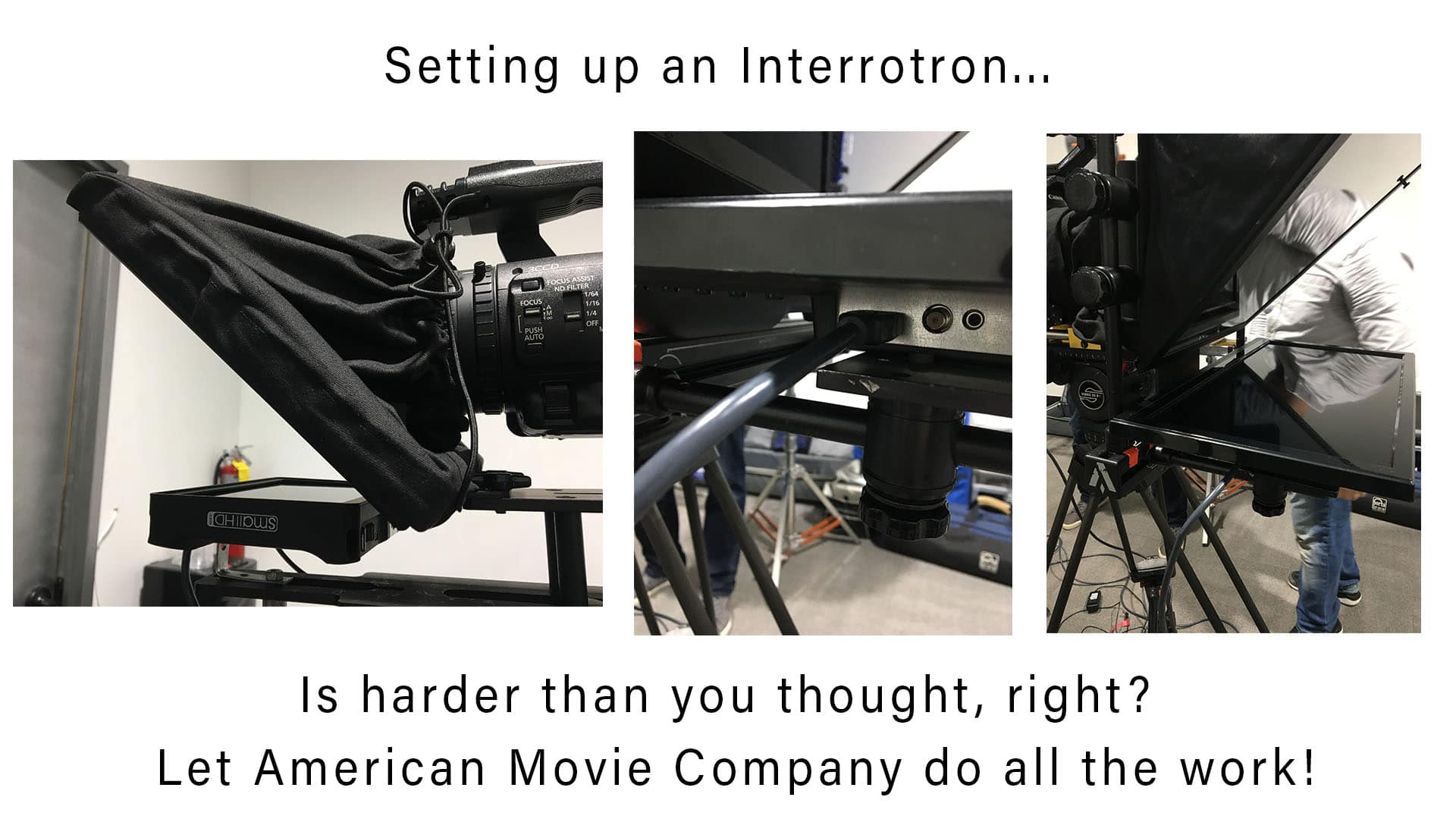 Book Your Interrotron and Professional Operator from AMC

The genius behind using an Interrotron is that you can capture the intimacy in a subject’s face for an intense and real interaction. The design of the Interrotron humanizes the filmmaking process enough to break down the subject’s emotional shields.

Our Operators have shared their perspectives on the magic that goes into setting up one of these spectacular filmmaking tools.  We hope that you find this information useful and insightful.

Click here to find out more about our Interrotron/Teleprompter Rental Services.