Pullman’s, “His Dark Materials” aims to be the dark fantasy show you tune in from now on!

It’s looking like HBO wants to establish some fresh shows to follow the post Game of Thrones fantasy void. They’ve already introduced us to ‘Watchmen”, which has been a ratings success and  we wrote an article about it here. Right away they’re hitting us with this new fantasy series featuring Lin-Manuel Miranda  “His Dark Materials”, only two weeks after the “Watchmen” Premiere.

“His Dark Materials” premiered November 4th and will be airing Monday evenings on HBO. The series is based on Philip Pullman’s Trilogy of the same name and it’s co-produced with the BBC. Now we have another worthy big-budget fantasy world to obsess about. This show has a fantastic cast, a good story and pretty cool CGI effects. We’re hoping it stands out in this very chaotic, crowded show world.

Watch the trailer below for “His Dark Materials”  Season 1

There were three major book arrivals that shook up the world of science fiction and fantasy in the late 90’s and early 2000’s. The “Harry Potter” series by J.K Rowling took the world by storm, and the movies created a whole subculture of fans and enthusiasts.  George R.R Martin’s “A Game of Thrones” also came about in the early 2000’s, and we all know how that worked out.  The third of these authors that brought a wave of fantastic characters into our visual stream is Philip Pullman.  His tomes,  “The Northern Lights”, “The Golden Compass” and “The Amber Spyglass”, all came out around the same time.  An impressive trio!

Unlike Rowling and Martin, Pullman’s work has not been as lucky when it comes to filmic adaptations.  They have always remained a step behind, perhaps in the shadow of the Harry Potter movies or Game of Thrones.  It seems that all that is over, so maybe this is his time to shine. The movie version of  “The Golden Compass”, starring Nicole Kidman  did not do so well in theaters when it came out in 2007, but who’s to say HBO isn’t going to take his work and give it the spotlight his work has been craving and deserves.

This new TV show is set on an alternative version of earth, like another dimension, perhaps. A 12-year old, Lyra Belacqua, played by Dafne Keen, lives in Oxford, very similar to the one in England today. The difference is that on this Earth, people’s souls live outside their bodies. The soul takes the form of an animal representative, shifting shapes up until their human counterpart reaches maturity.

If you’re a fan of Pullman’s books, you’ll be relieved to hear that “His Dark Materials”, written by Jack Thorne, does not shy away from all the darkness that exists in the original piece. The book’s anti-religious overtones will remain largely intact. In the “The Golden Compass”  movie,  the animals were portrayed like adorable companions, instead of exploring the influence of religion in a world with tangible souls. In this world, the Catholic Church reigns supreme and, some say, unquestioned.

So in the year 2019, this is not the Earth we have come to know. Technology is completely different, science is… hm, let’s say it exists within reason. They also make sure to mix in some anti-government sentiments and anti one percent critiques, for those of us who are rebels with mixed taste and high moral standards.

But let’s talk about the cast, please. Ruth Wilson plays Mrs. Marisa Coulter, a terrifying woman, that’s all there is to say. That the young Dafne Keen can keep up with Wilson’s fiery performance is proof of her range and caliber as an actress. Lin-Manuel Miranda is staying true to expectations with his character Lee Scoresby, Pullman’s idea of an American stereotype. Miranda’s over-the-top charm works magic and the comic relief is welcomed in a story that’s kind of disturbing. 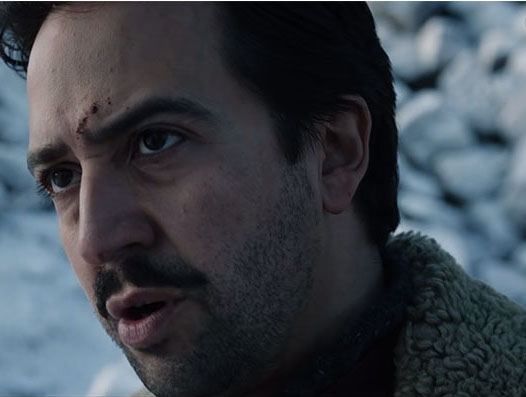