A Director With a Fully Loaded Sketchbook – I Like That!

In art-making, there are processes that an artist undertakes to harvest ideas. Inspiration doesn’t just hit you out of nowhere like a lightbulb over the head. Or rather it does, but it’s usually a dim light that’s asking for the energy to evolve. A passionate artist keeps all those little rays of light in a sketchbook, like a bag of seeds waiting to be planted. Well, in a sense, the sketchbook also ends up being the soil. The process is usually a very intimate, metamorphosis of thought – from the mind to the sketchbook page. And then what? Well, not all those seeds can grow to be fruit-giving trees, but they make for a beautiful garden.

Art can take on many (some say any) forms, but my absolute favorite is filmmaking. It is everything!  It recreates the world in time. Filmmakers, much like any other type of artist, need to feed and care for their ideas so that they grow and become films. It is essential that filmmakers learn this from the start. Since I’m curious about how other filmmakers take on this process, I like to hear about the way in which they keep and develop inspiration.

In this Director’s Chair video about Guillermo Del Toro, he talks about his sketchbook and goes in depth about the evolution of his work. Watch it, there are glimpses of his sketchbook that are absolutely astonishing!

“It’s funny because that book that we published, publishes about a 5th of the pages I have and what I draw is about a hundredth of what I think.” I find this quote from Del Toro to be particularly interesting because it emphasizes that concept I spoke of earlier, about not all the seeds growing to be a fruit giving tree.

But what I really like about him, is how he discusses the magnificence of the artistic mind. The complexity of Del Toro’s creative process is apparent in all his films. One of my favorite films of all time is Pan’s Labyrinth (I even own the DVD… Even though I don’t even own a DVD player). The Shape Of Water was such a great film that it brought him an Oscar, and the list goes on. Del Toro’s work is highly recognized globally and if you are interested in becoming a world renowned filmmaker, you should probably study him and his sketchbook.

I’ve said this before (in the article about Quentin Tarantino), the filmmakers that we get to know personally are those that incorporate their experiences into their work. Guillermo Del Toro is no different, but unlike Tarantino who comes from an acting/movie enthusiast background, Del Toro comes from visual arts, a sketchy world (pun intended). When you come from a sketchbook, where your ideas can be limitless and the imagination can reign, you get the fantastical existence that lives within Del Toro’s film works. Keep a sketchbook, kids. It’s an all time witchy trick for manifestation, write it out and watch it happen.

Take a look at some of Guillermo Del Toro’s Sketchbook Pages, it’s like seeing a magic spell book. 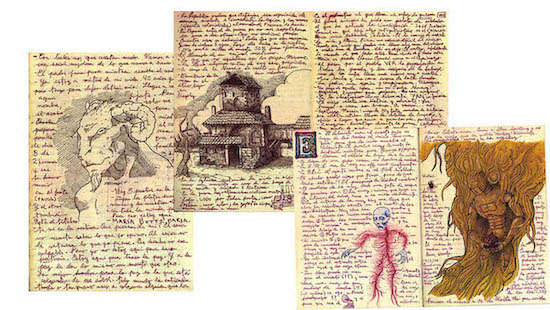 I like that Guillermo del Toro has this wild sketchbook, because I too have a wild sketchbook with just a percentage of the ideas that bombard my head everyday. It’s the first thing I got when I entered the art world, and it’s the one thing I keep near no matter what. A sketchbook is the soil, the water and sun for the seeds of your imagination. More than that, a sketchbook is a record of your creativity when your brain is working. I know that I made this more about me and my appreciation for the way artists safe-keep ideas than I did about Guillermo Del Toro’s specific filmmaking process. But he talks about it in detail in the video and I must repeat that quintessential filmmakers bring their experiences into their work, and this is my work and I am an artist. Thanks for reading.

We accommodate a wide range of budgets. 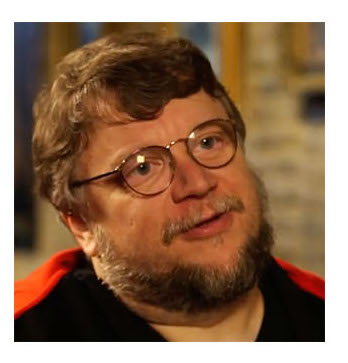