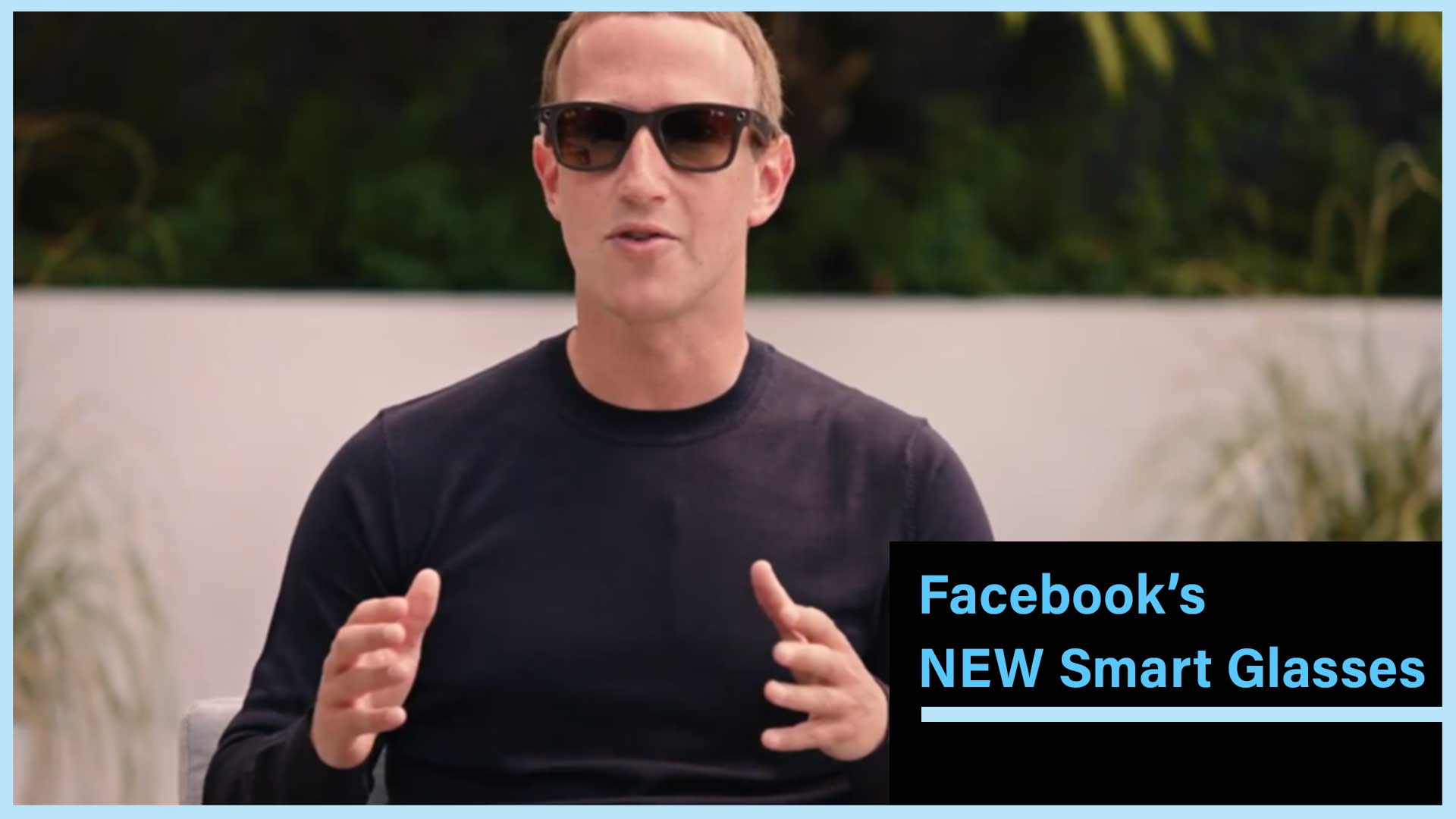 Facebook’s latest product is a pair of smart glasses produced in collaboration with Ray-Ban.  These smart glasses are different from the ones we’ve seen from Google and Apple.  Facebook’s new smart glasses do not have the augmented reality component that other high tech glasses makers boast about.  Instead, Facebook’s new smart glasses, the Ray-Ban stories, have  a variety of features that allow users to take pictures and videos, listen to music and answer phone calls. This is perhaps a more consumer-friendly approach to this technology than their competitors would admit and they have an affordable price.

Could Facebook’s New Smart Glasses change the way we take videos and photos?

In order to achieve this ambitious assortment of tech, Facebook had to pack the classic Ray-Ban Wayfarer frames with an optimized Snapdragon processor,  dual 5MP cameras sensors, a battery and speakers.  It sounds crazy, right? How were they able to pack so much into such a stylish frame?

To accompany Facebook’s New Smart Glasses they’ve launched the Facebook View app which is available for iOS and Android devices. The app is designed for users to easily import, edit and share content that they’ve shot with the Smart Glasses. Talk about POV, right?  Another good thing is that users will not only be able to upload content directly to Facebook, but also to Instagram, Twitter, Tik Tok, SnapChat and more.

Though in recent years many have tried to make smart glasses the cool new tech accessory everyone wants, smart watches have remained on top as the popular one. My theory is that smart watches are more fashionably accessible for consumers. The Ray-Ban Stories have the fashionable component that other smart glasses have missed, Ray-Ban Wayfarers without the tech are already a very popular accessory.

Facebook’s New Smart Glasses being centered around social media and content creation could be the push that smart glasses needed to get in the mainstream. Previous designs for smart glasses focused on augmented reality, which could’ve alienated many consumers with its complexity. The fact that this new product works with the most popular social media apps is a huge improvement.

Facebook announced the launch of this new product early in September. The Ray-Ban Stories are…

“Smart glasses that give you an authentic way to capture photos and video, share your adventures, and listen to music or take phone calls — so you can stay present with friends, family, and the world around you. “

The glasses come in 20 different styles and combinations and are available for purchase online and in select store locations. Facebook’s New Smart Glasses are meant to give you the flexibility to capture life’s wildest moments as they happen from your point of view. It’s basically a Go-Pro but not as noticeable and bulky. You can go bike riding and record everything from your point of view, listen to music and take phone calls.

For filmmakers, this is a simple solution for location scouting, POV shots and all sorts of innovating storytelling. Facebook’s New Smart Glasses could change the way we record and share media entirely, and it has a lot of potential for creativity.

Are you planning on Streaming a show to Facebook Live and need a team of professionals to help you with the setup and logistics, look no further!  American Movie Company has the leading experts in WebCast and Live Stream Video Production. Click here to find out why we’re the best at live streaming everything from fashion runways to concerts to weddings and even funerals.