El Camino: A Breaking Bad Movie – Trailer Is Out Now!

Everyone who’s been waiting to know what happened to Walter White – your prayers have been answered… by Netflix.

Picking up moments after the finale of the much loved television series, Breaking Bad, Aaron Paul is back as Jesse Pinkman in El Camino: A Breaking Bad Movie, directed by Vince Gilligan.  If, like me, you’re addicted… see it on Netflix on October 11th.

I’ve been waiting for a moment like this. Finally! I can now binge-watch all of Breaking Bad again and shake off this debilitating feeling, this angst about not knowing what happens next. (Am I being overly dramatic?)

But seriously, it’s about time!

At the Emmys this week Netflix dropped a teaser trailer for El Camino, then almost immediately followed it with the full length trailer above.

So, in case you were wondering, Walter White is dead. I’m not spoiling anything for you, they reveal this right on the trailer. That’s what we heard on the teaser or, at least, that’s what we can assume from the radio announcement Jesse is listening to in the car. They speak of a shooting between gang members, they mention the death count being 9, there were 8 gang members and Walter White… do the math. Can’t be too sure about it because I’m waiting to watch just like you, but it’s what has been going around ever since we started talking about Breaking Bad again.

I never thought I’d be so excited to hear about meth traffickers, but Breaking Bad was a really intense show and I just need to know what’s next.

Here’s that original teaser trailer Netflix dropped just before they gave us the official one. I think we best pay close attention to this one, that’s where I get that Walter White is dead.

So there you have it, folks. There’s lots of speculation about what this movie is going to elaborate upon. For now we know that the focus is on Jesse and his ordeal trying to escape from everyone after him after the shooting. One thing I can tell you is that the car that he’s riding on the trailer is an El Camino (lol), so you probably know where the title comes from. Could also be a double meaning having to do with Jesse’s way out. Gosh, I hope this ends well for him.  From the looks of it, he’s in deep trouble.

I assert that this is something important to look forward to this October on Netflix, I probably won’t shut up about it for a while. I’m already talking and the trailer was released only two days ago! What can I say? Breaking Bad is just one of those television shows that really left an indelible mark.

By the way, if you’re planning to shoot a film or show in New Mexico, remember that they have this new film production tax incentive that looks pretty good. Check it out!

El Camino: A Breaking Bad Movie – Trailer Is Out Now! 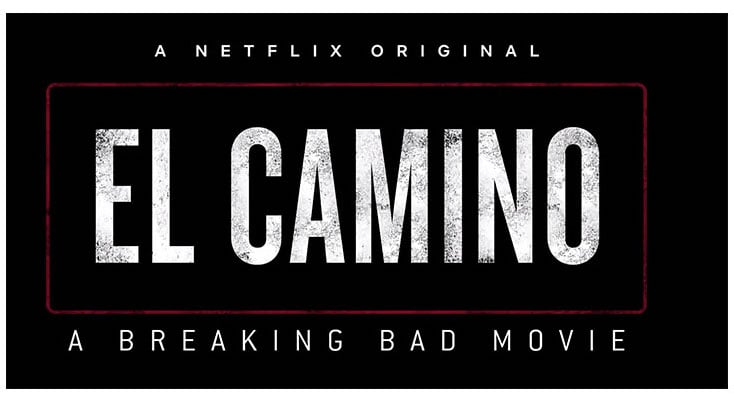