ASIAN-AMERICAN REPRESENTATION IN FILM AND TV – PART I: NETFLIX 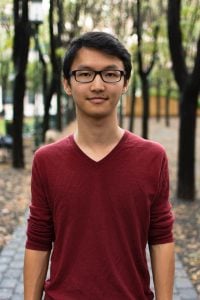 Asian-American Representation in Film and TV 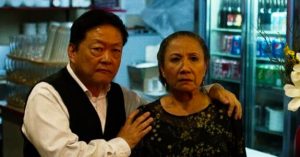 Luke Cage, Marvel’s most recent Netflix hit, has wowed viewers with its cast of prominent and talented black American actors. But two other characters who caught my attention were Luke’s landlords, Connie and her husband. They own a Chinese restaurant and speak perfect English! No stereotypical accent at all. Props to the showrunner, Cheo Hodari Coker.

I have grown accustomed to hearing poor English when Asian characters appear on screen. It was a pleasant and welcoming surprise to hear otherwise. But I, and other viewers, should no longer be surprised because Asian Americans shouldn’t be stuck playing stereotypes and faking accents. 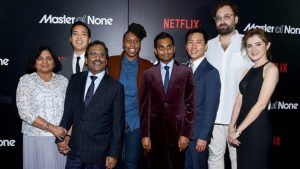 Cast of Master of None

This issue was most recently brought to light by Aziz Ansari, both in real-life discussions and in his Netflix show Master of None, where the characters discuss the prevalence of “brownface” and how many Indian actors can only find work doing fake accents as taxi drivers or deli clerks. While some may not find the show to their liking, it certainly has strength in its uniquely diverse main cast, which was no easy task for Ansari to bring together. 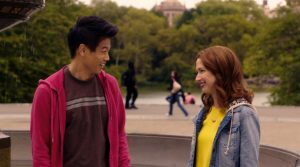 The Unbreakable Kimmy Schmidt, created by Tina Fey and Robert Carlock, is an interesting case. Among its main characters, it features the elusive male Asian romantic interest, Dong Nguyen, played by Ki Hong Lee. This is the first depiction of an Asian male and white female couple I’ve ever seen on a popular American TV show. This really stood out to me as a bold and laudable move. 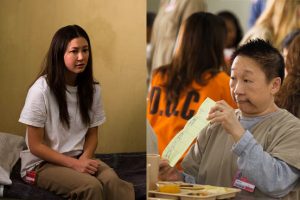 Similarly to Luke Cage, Orange Is the New Black is well-known for its diverse cast, which includes two prominent American actresses of Asian descent: Kimiko Glenn who plays Brook Soso and Lori Tan Chinn who plays Mei Chang. The two characters are practically opposites but both have their strengths – Soso is a born American, raised by wealthy parents, and gets imprisoned for activism – which she continues in prison. Chang is an immigrant from China, and has a much darker past – one of violence and ruthlessness as a means of survival that defies typical stereotypes about old Chinese women. She’s not a happy story, but a fierce and unexpected character, nonetheless.

Netflix may yet become a platform for new TV shows to break away from traditional conventions, and these four shows show us that Asian American actors have a bigger and brighter future.