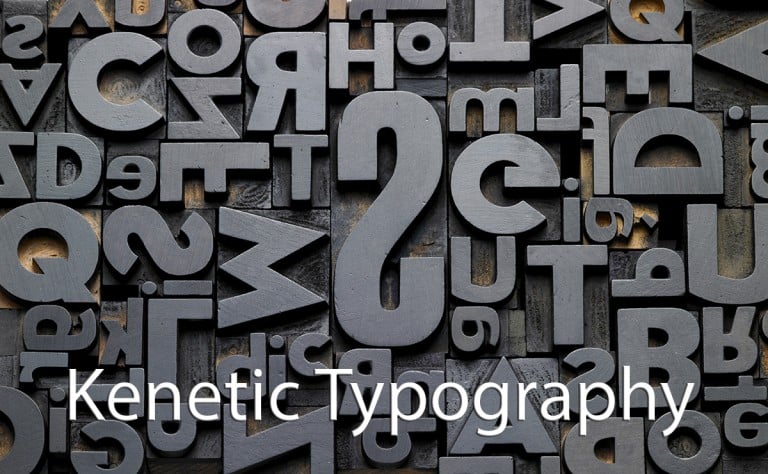 My last post was about comparing doing kinetic typography manually to doing it in TypeMonkey.  I figured it would be awesome to do a “tutorial” of sorts for people who want to try kinetic typography the old fashioned way.  The steps I’m going to show are the steps I teach my peers which are similar to the way I was taught but slightly different.  Another note for this tutorial – I will be using Adobe After Effects CS6.

For starters, when you open Adobe After Effects and make a new composition remember to set your frame rate, preset and duration.  Duration, in my opinion, is the most underrated thing that other students (including myself at a point of time) tend to go past.  Setting the duration for 30 seconds for a 5 minute song will only get that the first 30 seconds of the song (unless you change the in and out points but I’ll get to that later).

Once you’re set up, import your audio.  Kinetic typography usually goes for monologues and songs.  But you can add whatever you want.  Now usually you’ll just drag and drop your audio and you should be good.  BUT, if you didn’t pay attention to your duration when setting your composition there is a problem.  Don’t worry, you can salvage it.  On the top tool bar click on Composition. Then hit Composition Settings.  The menu that you had before will pop up again.  When you go to duration change to the time of the song or something broad like 5-6 minutes. Then your composition timeline will expand.

If you have the right duration but only want a specific part of the song first, double click the song you want on the composition timeline. Then in its own separate window on the browser it would just open the audio on its own layer.  Then from there you can scroll on the part of the song you want.  At the bottom of the browser window there are two arrow buttons.  The first one (the arrow pointing left) is the in point.  The second button (arrow pointing right) is the end point.  Now at this point, you’re probably wondering at this time, how come I can’t hear anything? Well that’s because your preview menu isn’t working actively.

To change that is very simple.

Towards the mid-right side of the interface, it should have an Info display on top, the Preview display in the middle and the Effects/Presets display at the bottom. Go to the Preview menu.

The majority of the buttons are pretty self explanatory. From left to right it’s as follows:
First Frame (Goes to the beginning of project)
Previous Frame (Goes one frame back for more precise editing)
Play Button (Plays the project)
Next Frame (Goes one frame forward for more precise editing)
Last Frame (Goes to end of project)
Mute Audio (Click once to mute, again to un-mute)
Change Loop Options (Straight line is play once, rectangle with arrow is loop, two triangles opposite sides is ping pong)
Ram Preview (Plays the composition as it would if exported)

You would want to hit the Ram Preview Button.  Sometimes on the first click it wouldn’t play.  That would be because it is rendering the composition.  If you click it the second time it would play all the way to the last frame rendered.  This would help you look over your work, or if you’re just looking at just a layer of audio edit where you want the in and out points to be.

Once you have the audio set for you it’s time to add the text.  Now first you make sure you click on the composition tab at the top of the browser window.  Then on the top left side of the interface there’ll be a list of icons.  The “T” icon is for text.  So click it. You can put it anywhere in your composition window and type it. Once you have one word in and you have another one you want to add you have to place it at the right time.

This is where it gets tricky.

At the bottom of the timeline window it has a slider with two mountains sliding the cursor to the left would just zoom all the way out so you can see your whole project.  Pushing the slider to the right would zoom your timeline all the way until you see something on the top of the timeline like this. 0.00f, 1f, 2f, 3f.  If you’re not film savvy the “f” is an initial for frame.  Now this is where your frame rate comes in handy.  24fps= 24 frames per second. Usually I stick to anything around 24-30 frames. It’s realtime.  60 frames is slow motion and 18 frames is fast motion. But basically you would want to move the timeline cursor to the point of the next word. Then repeat adding and positioning the text.  Now obviously you don’t want the first text to be there forever so this is when you delete words.

This is how I do it.  I place the timeline where a new word begins (depending on the sentence).  Select the previous word and hit Command+Shit+D (on Mac), or Control+Shift+D (on a PC).  This would cut the layer at one point and make a new one to go forward towards the end of the composition.  Basically making 2 layers of the same word. The layer on the left goes from the beginning of the layer or composition (depending on when it begins) and the ending point (where the timeline cursor was at in the beginning). On the right it would have the duplicate layer of the same word just starting at the cursor point and going forward towards the end of the composition. You don’t need that so select that layer and delete it.  Usually just click on it and hit the D key. And it should be gone.

From there it is literally a rinse and repeat process until you’re all done.  It’s absolutely true, at least for this tutorial.  It’s simple, it’s easy but time consuming.   The results of the final product will be worth it.

Trust me.  My next post will be the intermediate tutorial which will focus on Key Framing, Masking and 3D.