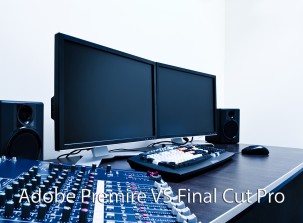 With Adobe Premiere Pro CS6  and CC (Creative Cloud) on the rise within the past few years it’s becoming more and more frequent for editors to drift off to see what’s up with the editing software from Premier. But for the most part many people (including myself) get scared when the get a new program  and they have to “re-learn” everything all over again.

It’s annoying, you feel like you’re in that boring math class answering the same algebra question as you was the years before; thinking “Why am I possibly learning this again?” Times that reaction by three of when I thought I had to learn everything all over again with Adobe Premier pro (coming from FCP 7). But in retrospect it wasn’t that bad at all.

First off if you really dont want to take the time in learning Premiere’s hotkeys you can switch them to Final Cut Pro 7’s hotkeys. This saved me so much time punching a computer because although i was working on a brand new software i was able to at least make a decent cut for my college classes. And from there i decided just to play around with the program to see what i can really do.  With the almost obvious premier working almost seamlessly with other adobe products i jumped for joy when all it took was a click in after effects to import the premier pro file and begin whatever i was going to do with the video.

But it’s actually the simple things that makes me more fond of Premier than Final Cut. For instance the rendering. That red line in final cut has been the cause of many frustrations no matter how much you do right. It can stop your flow of edit just to render everything  or even the clip that you just want rendered and its a tedious process that is not beneficial at all to the project. In Adobe Premier if its red dont sweat it cause you can still edit while stuff is un rendered ( of course i highly recommend that you render before exporting to save time). But for the most part its still awesome to be able to constantly work and not have to worry about that big blue screen.

Another thing is how adobe programs make visual editing or color correcting is amazing. Although i mentioned this briefly before i haven’t gone into detail about it. Im forever learning new tricks with After Effects and now breaking into Adobe Speedgrade for color grading and correction; The greatness of not having to just have everything i want branch over to another program with a push of a button is something beyond words when its crunch time.

It saves space, ram usage, and more importantly time. Although you want to work at your pace to get it right the act of exporting a clip then dragging it into Adobe After Effects just to export it again takes too much time.

In Premier under the “File” tab it literally has a “Send to Speedgrade” button. Which is pretty self-explanatory. In A.E if you select import it has an option that allows you to import from Premiere. Which will break down your film/music video cut by cut for you to do your work. For me this is what set me over the top to want to stick to the Adobe Suite. Adobe Premiere and After Effects also imports and transfers files to Illustrator and Photoshop with ease.

Occasionally I do edit stuff in Final Cut Pro 7, for its always good to kinda master 2 editing softwares than one. But moving forward it’s really hard for me to NOT use Adobe Premiere for editing due to the format i used and the format i teach on to other students or people that want to learn the ropes of editing.

Hopefully, in the future Adobe Premier would continue to soar within their programs and become more and more professional grade in the years to come