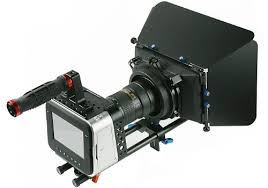 I was once told that you should always be a student of your craft even when you mastered it. I couldn’t agree more, but when you’re about to graduate college and be kicked out into the real world pretty hard with little to no money, and  a no job for some people. The only thing you have is your ambition. And it can take you a long way… until you need money. 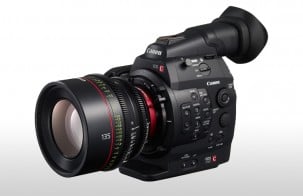 This is basically where I am at in my career. And as a filmmaker currently in the pre-production phase of my next film I am slowly getting things done and figured maybe I should go 100 percent all out, and in the midst of wanting to do that i’ve been debating heavily in shooting my next film in 4K.
But 4K now is what 108P was in about 2005. It’s the new technology, there are consumer based products on the market but around 98 percent of them are super expensive. The other two percent is just as expensive just slash off 100 bucks. But i’m going to break down some of the cameras that might be the most affordable for you to invest in for your future endeavors.

If you love shooting things from action p.o.v or love shooting fun vacation stuff that you do. The GoPro HERO3+ Black Edition is a good start. With a price tag at about 400 dollars is definitely the cheapest of the bunch i will show you and for certain action shots and recreational stuff its perfect.

The only downside I would have to say about this camera is that although it does shoot 4K it only shoots it at 15fps which can limit what you want to do with it. But if it was me i would still use a GoPro set to get certain actions shots that makes life so much more easier compare to a lot of indie filmmakers that run with shoulder rig holding on for dear life to get a shot.

The GoPro is small, comes with a 32gb SD card. The overall  usage of the camera will be great for anyone with a budget.

Sony actually has two cameras that produce 4K footage for a reasonable price. One of those cameras is from their consumer friendly Handycam line titled the FDR-AX100/B. The camera can shoot 4K at 30fps has an 1 inch sensor, shoots 14 megapixels for video, and 20 megapixels for still images. The camera’s price tag would run you 1999.99, which can hold a dent, but it would be a great camera to invest in for blogging, or just grabbing great memories for family or events in your life you want to record. Ill highly recommend using it.

The other Sony camera im presenting to you is the FDR-AX1. This top-notch camera will run you about 5000 dollars and in every way better than the handycam sister of the camera. Looking like a professional camera having a ND filter, XLR cable ports,gain switch, color correction presets, and many more standard stuff. As for the 4K it can shoot the high resolution video in 24fps, 25fps, 30fps, 50fps, and 60 fps. Ranging form 60 mbs to 150 mbs for some frame rates. If you’re thinking about making a short film, and want to stay within the Sony family. This is the camera to do that with.

Last but not least tis the Blackmagic Production Camera 4K.  Shooting in 4K in 23.98, 24,25, 29.97, and 30 fps. Blackmagic has been known for giving consumers of the film department great cameras at affordable prices. This camera costing about 2995 dollars it’s great for the price. With great iris control, audio input, Thunderbolt port, and shoots in Cinema DMG Raw. It would be crazy to pass this up if you want to invest in a camera.

With these 4 cameras you easily have a basic list of cameras in 4K that are affordable, and efficient and I would hope that any filmmaker on their journey would prosper using any one of these cameras or 4K in general.