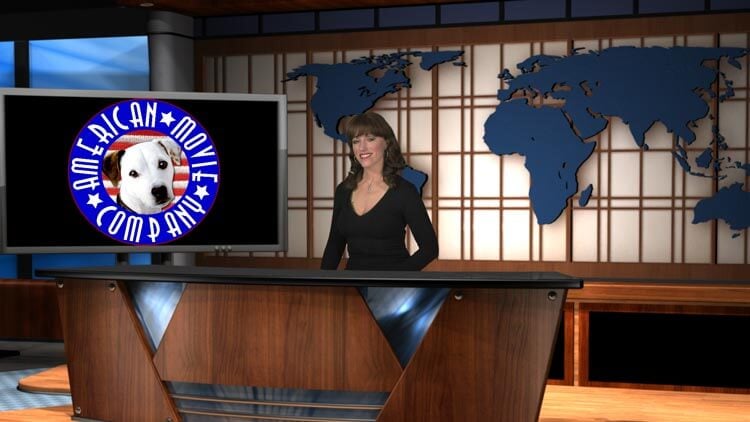 The trend today is to replace costly physical sets either with total or partial virtual environments. When the “partial option”  is elected it usually means that there are real, practical props or areas of the set which the actors actually touch or in some way are physically involved with.

A live actor interacting with one small piece of a set lets the audience believe that the entire set is real.  It helps impart that “willing suspension of belief” so necessary to making movies real in the mind of the viewer.

As a rule we are speaking of green screen when we talk about virtual sets. Should you wish to hang your own DIY green screen, here are a few tips:

A green cyclorama or backdrop is evenly lit and in post production (or by using a live compositing device such as a TriCaster or LiveStream encoder, the virtual set and the live action elements are seamlessly combined..  The TriCaster or VFX technician replaces the areas which registered as green with, in this case, a virtual set.

Newtek’s Tricaster is shipped with a variety of what they call “LiveSets”.

You can see the gallery of TriCaster “LiveSets here.

These 3D sets are part of the TriCaster software package and each set comes with many angles so one can create a realistic environment by incorporating live actors using the techniques above.  Some of the virtual desktops can actually reflect the actors hans which are placed above them.

One of the disadvantages of the “virtual set” is the fact that you can’t place a physical object such as a coffee cup on a virtual piece of furniture.   A way around this limitation is to place a real table covered in green cloth on the set and then to line up the virtual tabletop with the physical one via the camera.

This is a simple but very effective trick.

The other way to use a virtual set with real actors is by using a technique called  “cameramatch move”  on green screen productions.  This process involves placing markers on the green which can be read by certain sophisticated (and expensive) software programs.  The computer matches the movement of the actors against the markers and calculates the movement of the green background to create a realistic sense of a live actor moving realistically through a virtual world.

Here’s a short video on how to place tracking markers on the green background for effective use of cameramatch move.

The end result appears as a believable integration of the live action with physical actors and green screen digital composition.

Here at the American Movie Company we use Cinema 4D, 3D Studio Max, Lightwave and Maya to create amazing visual effects. Please check out our show reel by clicking on the link in the footer below. 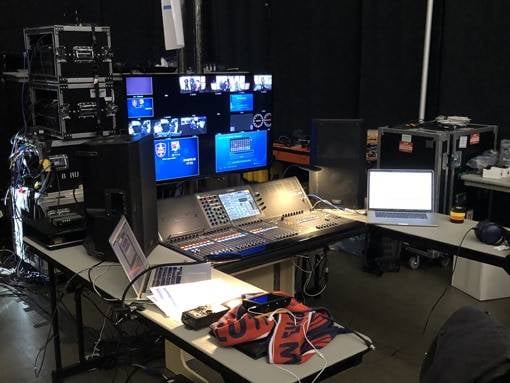