CBS’s SUPERGIRL and the Supergirls of American Movie Company 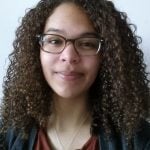 CBS’s SUPERGIRL may be about a woman with extraordinary powers, but the show also has impressive (albeit not superhuman) women behind the scenes.  American Movie Company added four of its finest to the mix for a shoot last month.

It involved a scene in which the hologram of Alura Zor-El advises her daughter, Supergirl.  A simple setup against a green screen was established.  Laura Benanti, who portrays Alura Zor-El was at ease and looked great.

On the day of the shoot, the versatile women of AMC had their hands full.  Parm, AMC’s producer, set up a spectacularly efficient production office and braved the mountain of paperwork that comes with a union shoot.  Miranda, our office intern, was a champion of a PA.  She kept on top of the production’s needs, from keeping the craft table stocked and beautifully organized to running out to buy pink, fuzzy slippers for Ms. Benanti to wear during downtime.  It turns out, there’s some unspoken law that if you’re a high-powered judge from another planet, your shoes have to be ridiculously uncomfortable.

Michelle and I were on set to serve as tech support for our Skype chat with the director, who was in Vancouver.  We had a problem with the internet connection, but our ever inventive crew elected to gaff tape Parm’s phone upright to a box.  Problem solved!  With that taken care of, Michelle and I made ourselves useful elsewhere.  I read sides with Ms. Benanti, an experience which led me to definitively conclude that I have no future as an actress.  I can, however, say that I was Supergirl for an hour, so perhaps it was worth making a fool of myself.  I, of course, couldn’t have done it without Michelle, the most fabulous, uplifting acting coach I could have asked for.  It was a valuable experience.

In addition to Ms. Benanti and our in-house team, we had the pleasure of working with a female makeup artist and female camera op.  This meant that of the people on set, 38% were women.  All of us, men and women alike, were excited about that!

Still, we recognize there’s room for improvement in gender ratios.  This being her first shoot, our lovely intern,  Miranda, was a bit disappointed that 38% was considered high.  The American entertainment industry has made progress in its gender ratios since the 20th century, and with any luck, we’ll continue to see an increase in the number of women on set in the future.  Actually, more and more women will be involved in film through hard work and dedication!  I have no doubt!