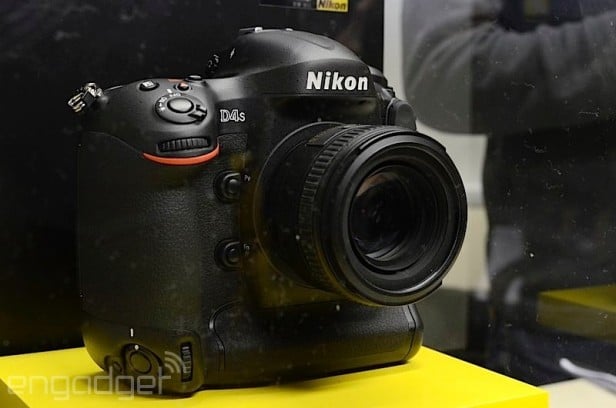 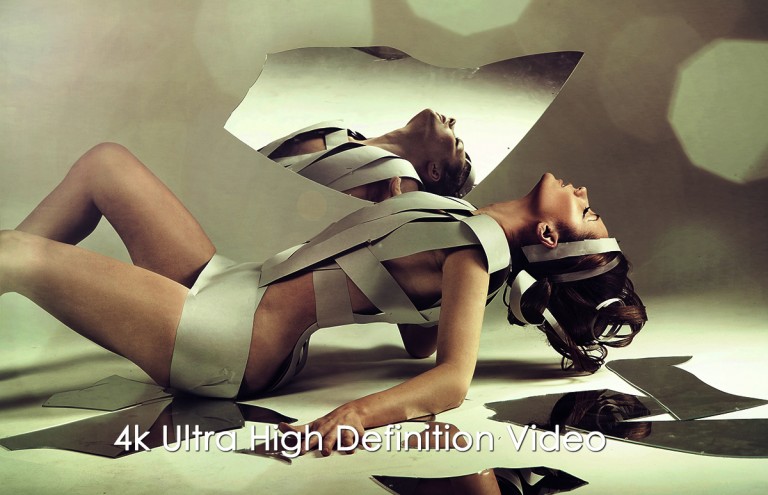 in both consumer and professional areas, one deciding factor continues to raise questions about the range of quality between products: Price.

Already, many name brands of professional grade equipment have released products that boast 4K shooting capability. On the opposite end of the spectrum, however, other brands have begun toying with the prospect of introducing 4K to their consumer-oriented lines of cameras.

At this year’s CES in Las Vegas, Nikon unveiled its new D4s, and while it remains the only major company not to have a dedicated video line, rumors have already begun to speculate whether or not the company will introduce 4K video in the future.

The primary issue with Nikon potentially introducing 4K video in the future, is that the company’s current line of cameras that have video capability prove to be lacking in shooting at 1080p which should be rectified before worrying about jumping to 4K (nofilmschool.com).

Sony was one of the front runners in championing 4K camera technology at this year’s CES, the company introduced its FDR-AX100 Handycam coming in at $2,000. Sony declares that this new camera offers a smaller form factor body, but retains a lot of the same processing power and manual controls of its predecessors.

Some of its technical specifications inclue a 1 inch Exmor R CMOS sensor with Direct Pixel Read Out, making it quite effective in low lighting, a BIONZ X Processor enabling high speed recording at 120 fps, and the ability to capture images in XAVC-S, AVCHD and MP4 codecs. SD cards and memory sticks are the standard media for shooting, much like a DSLR.

JVC was another company to unveil a new consumer camcorder capable of recording 4K, but this is not the first camera the company has produced with 4K capability.

Two years previously, JVC unveiled the GY-HMQ10 that was capable of shooting 4K, however one major gripe about the camera was that it required 4 SD cards to actually record 4K (nofilmschool.com). Additionally, JVC also introduced the PX100 4K, which many patrons and critics pointed out, looks almost identical to the regular HD PX100. 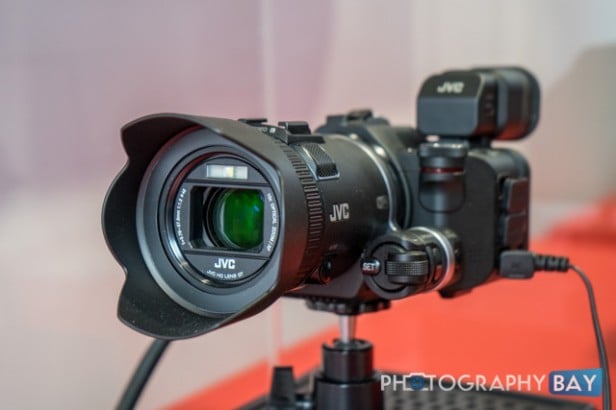 All of the previously mentioned models, do indeed, allow for recording at 4K, are priced competitively, and are ergonomically pleasing in design, however, none  are without their shortcomings.

JVC’s Px100 and Px100 4K has been likened to traditional camcorders, only with a higher end lens (a Carl Zeiss lens) and an easier to navigate menu.

Sony’s AX100 4K Handycam was also one of the few announced cameras that allowed for recording in more than one codecs. While this may be trivial for the average consumer, it can make all the difference for professionals in the editing stage.

In relation to the aforementioned, many of these cameras compress the data when transferring the footage from the camera, which causes a loss of resolution. Frame rate was another underdeveloped feature in most of these cameras; the JVC Px100 and Px100 4K was lacking in versatility in terms of variation in frame rate.

When the frame rate was raised from 120 fps to 300fps, significant quality in resolution was lost. This makes the camera a useful tool for shooting and playing back footage in flawless slow motion, but consumers can forget about shooting slow motion without jumping down from HD quality resolution to standard definition at such high rates. All in all, the Px100 series is great for recording practice footage for sports teams and for home video, but not much more.

Without getting bogged down too much in tech specs, most of these cameras are certainly worth the price for making home movies and everyday use, but the qualities and specifications make them a deal breaker in terms of professional usage.

It is also important to remember that the gap between professional grade and consumer camera Ultra HD equipment is a large gap and while the technology going into these camcorders make leaps and bounds over mini-dv and other previous cameras, there is still much room for improvement.

Canon, Nikon, Sony and JVC have always given their consumer lines of cameras great attention, a trend that will not dissipate anytime soon, so it isn’t a far reach to expect improvement on their part to bridge the quality gap between professional and consumer grade cameras.